“Music is a proud, temperamental mistress. Give her the time and attention she deserves and she is yours. Slight her and there will come a day when you will call and she will not answer” – Patrick Roth Fuss

Music is one true friend that can be with you until the end when no one else will. Cherish her and the lifetime will feel like yesterday. Here is the weekly roundup of new reviews of the latest songs from last week. 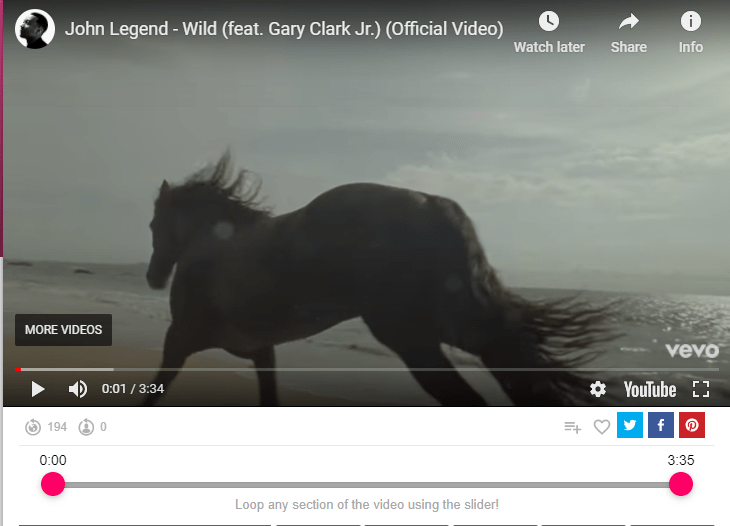 When fans look at John Legend and Chrissy Teigen, they are bound to think of that social media phrase: couple goals. Indeed, fans who aren’t in happy relationships are sure to feel a pang of envy whenever this two release anything together. Why? Because the love levels are off the charts. He is known for championing her whenever possible, and she is known for being herself at all times. It is a match made in social media heaven (even her mum lives with them and has a substantial following) and for all the haters out there … John’s golden tone must be enough to nullify some of their gripes.

Whether you love “Wild” will depend on the kind of love you want to see on screen and hear in music. John’s lyrics are sometimes a little soppy, and the images sometimes feel a little too perfect, but the overall package is powerful enough to have converted most. A couple of top comments from the official video convey it well: “I love a man that unapologetically loves his wife out loud” reads one, and the other speaks to Chrissie’s presence in the video: “I like how John always uses his wife and not some random model.” Indeed, the Jonas Brothers have been doing this for a while, and have gained plaudits for it, now John’s done it too and fans are calling for spouse-presence to become normalized in artists’ work.

The visuals for “Wild” picture beaches, sun loungers, and early morning light. They make for a perfect depiction of a seemingly perfect setup, and it’s enough to make fans swoon. Pop royalty never looked so polished and, in many ways, so convincing. 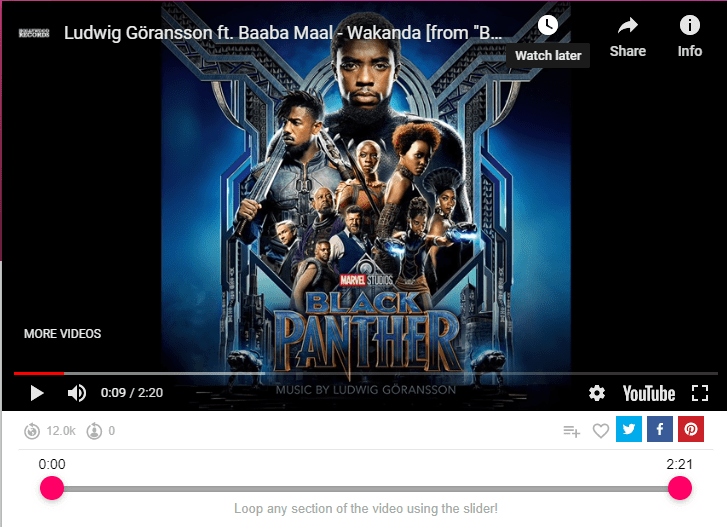 Chadwick Boseman’s passing hit the world hard. There are several reasons why. Firstly, he was a relatively young actor, at the top of his game, who died in the midst of perhaps his best spell of work. Secondly, he died quietly, which is to say that he didn’t reveal his illness to the public and that they were shocked to hear the news. But maybe more than anything, his role in Black Panther had made him a powerful symbol for people all over the world.

It was the first blockbuster superhero movie that included a majority black cast and a black director, and it won Oscar’s attention as well as the admiration of a changing world as a result. Chadwick was the king of Wakanda, and thus, the king of a section of society that was good, honest, and determined to see the right kind of change.

Barack Obama Tweeted a tribute, which recalled meeting Chadwick at the Whitehouse: “You could tell right away that he was blessed. To be young, gifted, and Black; to use that power to give them heroes to look up to; to do it all while in pain – what use of his years.” That meeting happened before Black Panther and speaks to the stature of a man who bore his pain with humility and courage. It is an incredible story, one that Oprah Winfrey described thusly: “This is what dignity looks like.”

Here is a section from the fabulous Wakanda theme by Ludwig Göransson ft. Baaba Maal, a reminder of how good the film was and now, surely, a fitting tribute to the man that stood at the helm of that world-changing project. It is an incredibly sad, yet incredibly uplifting thing to listen to know what we now know. 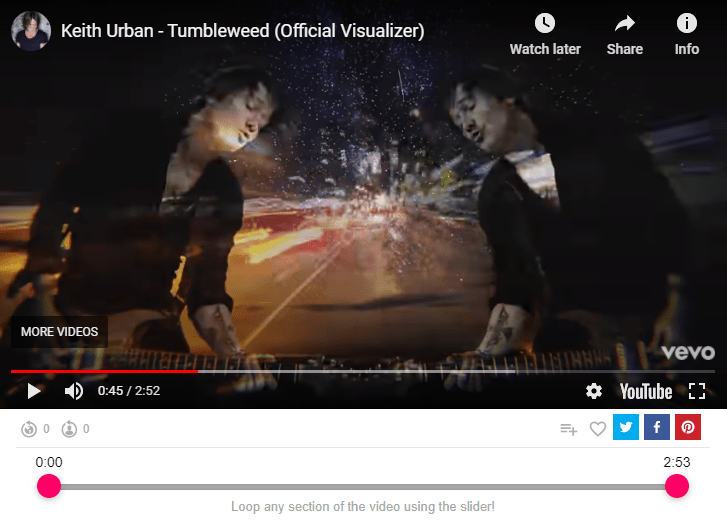 Official Visualizers are now so good that they are certainly on par with the official music videos of the early 2000s. This one is a good example. Though not an official music video, this is a visual that pictures Kieth in the middle of the Wild West, amongst cactuses and dry terrain. After all, the title of the track is “Tumbleweed,” so the visuals are sure to follow suit. When we think of Keith Urban, despite his name, this is the kind of landscape that we might imagine – he is a man who has represented mainstream country music for the last couple of decades, albeit with a pop twist.

And something fans are loving with this new track, which will be followed by a new album soon, is the grassroots feel that it delivers. It is designed to take fans back to the early days of this aesthetic and has a ranch vibe both in the visuals and the guitar that sounds out loud and true. But above all, it is a song that will get people up and moving. One top comment encapsulates this feel, reading: “OMG. This song makes you want to dance. So happy for all these beautiful KU music. The Album is going to be out of this world.”

A funky six-string banjo sets the vibe in motion, as Keith delivers an ode to free-spirited joy with only the distant mountains and the dust underfoot acting as his companions. The 15-track The Speed of Now Part 1 is due out in mid-September, and it is getting pulses racing in the country music world. A veteran of the modern country game extending his reach into the hearts and minds of his fans. 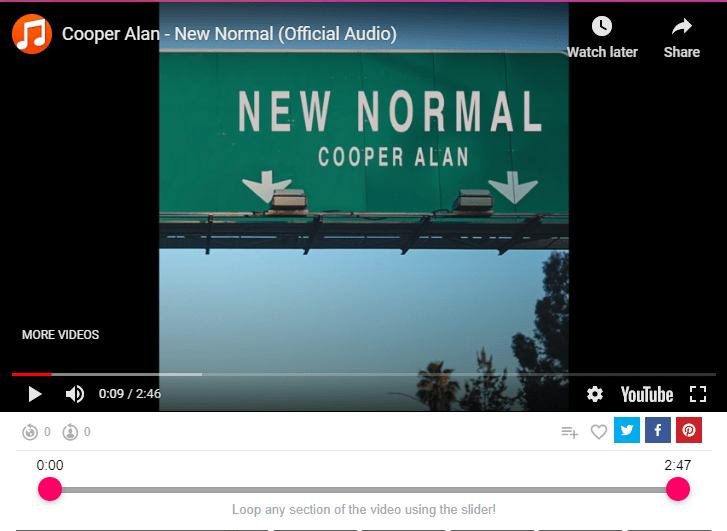 “This song is gonna blow up who else is here from TikTok??” This comment perfectly encapsulates one of the more recent avenues into the mainstream. Even Doja Cat got her big break on Tiktok and it is now recognized as one of the ways into the fiercely-fought pop terrain. If you want to get big then a Tiktok smash hit is perhaps the best way to do it nowadays. Though for country music this hasn’t always been the case. Cooper Alan is the first example of how it can work, and you can bet he’s loving the ride.

Indeed, the official audio for “New Normal” was not released on the artist’s own page. Instead, fans got to hear it via country music accounts on Youtube that surely promised more attention than his own organic reach could muster. This, therefore, might just be the big break that Cooper has been working for, and it marks an interesting moment in the digital music space.

“New Normal” was crafted by Cooper Alan, Seth Mosley, and Victoria Shaw, with Shaw and Mosley producing. Although it did well on country charts, Tiktok users have turned it into something altogether different, using it as the backdrop to their own lives, singing along with the lyrics, and using them to illustrate their own art. Cooper is an independent artist to boot, one who has around 3 million followers on Tiktok already… the music industry has certainly changed, and he surely won’t be independent for very much longer.

In a statement, he positioned his song alongside the current situation: “While the pandemic has caused a lot of struggle and hardship, we all found that we have experienced little blessings along the way. That’s what this song is about.”