Life seems to go on without effort when we are filled with music. Music in the soul can be heard by the universe. The greatness of music can only be expressed by one who appreciates it for their being. How music fills the room and how we repeat the music we love over and over again never getting old makes us a true fan. ListenOnRepeat presents the weekly roundup of latest reviews most popular music from the past week. Stay connected! 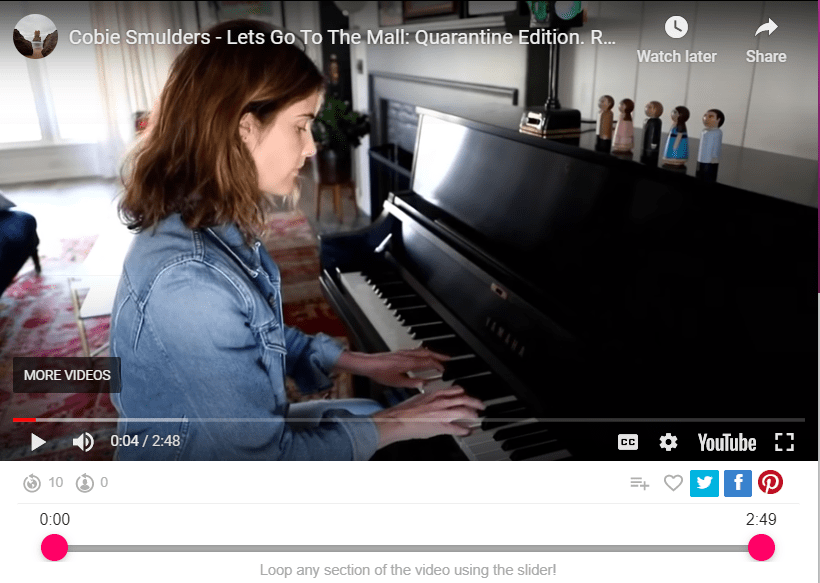 For fans of the show “How I Met Your Mother,” this track will not come as a shock. However, for newcomers, the idea of a random home-made video that features sparse piano playing and a mediocre vocal performance will strike viewers as odd, seeing as it has garnered over a million views in just one week.

Cobie Smulders is the Canadian actress who plays Robin, the love interest in the much-loved series. Her character, who had a minor career as a singer on Bubblegum Pop under the name Robin Sparkles, has taken to the internet in times of uncertainty.

However, the lyrics of the original song have been changed to fit this odd moment. They speak of meeting Justin Trudeau, the president of Canada, on a train whereby he implores people to follow the guidelines of confinement. The thing is: the speaker of the track wants to go to the mall. Why? Because everyone else will be there.

Clearly, this kind of social behavior is out the window because we can’t simply go to “the mall” right now, and the claustrophobic agony felt by many people has been channeled into the song’s themes. Instead of describing a picture of consumerist bliss, it instead sings of the pain of being stuck inside, and the imagined projections to future liberty that we are all yearning for.

The performance is about more than just entertainment, though, and the end of the video offers opportunities to donate to three different charities:

While the 80s style of the original video has been replaced by a performance that is entirely stripped back, this new version does provide a new and interesting take on the initial material.

Also, having Cobie alone with a piano means that she can display the song’s basic structure through the keys that she plays. It wouldn’t be a stretch to say that she proves herself to be a natural performer and musician, something that wasn’t perhaps evident in the show’s depiction of “Let’s Go To The Mall.” 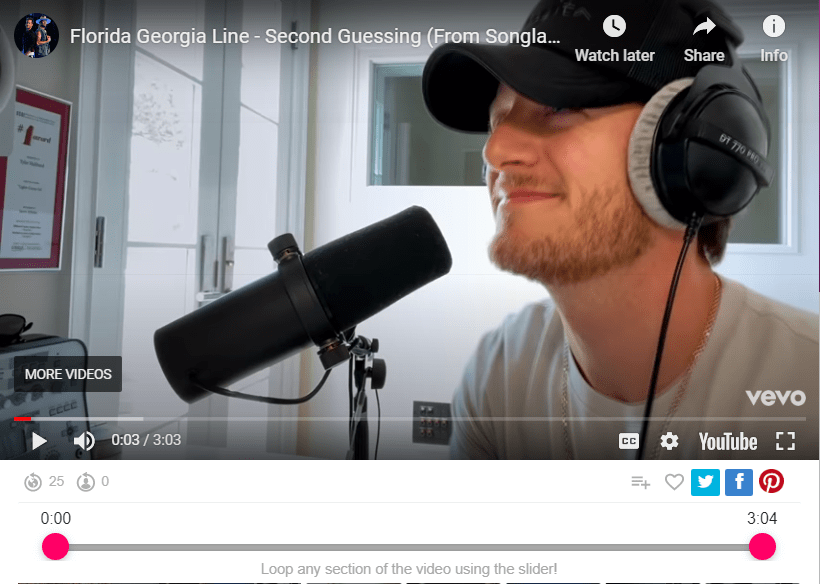 Songland is an American songwriting competition series that first premiered on NBC in May 2019. It has since gone from strength to strength, attracting country-pop talent from all over, and connecting the starts to up-and-coming writers. It is a great idea for a show that offers artists a new way to present themselves to their fanbase.

This week Songland played host to the titans of country chart music, Florida Georgia Line, who experienced a meteoric rise thanks to summer anthems like “Cruise,” “Meant To Be,” “Simple,” and “Round Here.” The duo made up of Tyler Hubbard and Brian Kelly, approached the show with an open mind, stating that they were looking for “something with energy… something that’s us.”
That is certainly what they ended up finding in a track called “Second Guessing,” which was entered by Griffen Palmer, a young singer-songwriter with heaps of talent and a likeability factor that made him an instant hit with the show’s audience. His piece, “Second Guessing” suited the famous duo down to a tee and now threatens to become another big hit for them.
Right from the word go, the song seemed special. It was described as having a “classic sound” by the judges, one of whom even expressed annoyance at not having written it himself. “I have never been mad at a hook,” Shane McAnally said with a half-joking tone.
It will come as no surprise to hear that “Second Guessing” won the episode, and this official release is the result. But beyond Florida Georgia Line, comments sections are full of people praising Palmer, a songwriter who has found his place… “I’m sure anyone who has passed this guy up in the music industry is “second-guessing” that choice! He Nailed It!” We hope to see much more from him in the future.
Watch Florida Georgia Line – Second Guessing (From Songland)

Joyner Lucas & Will Smith – Will (Remix) 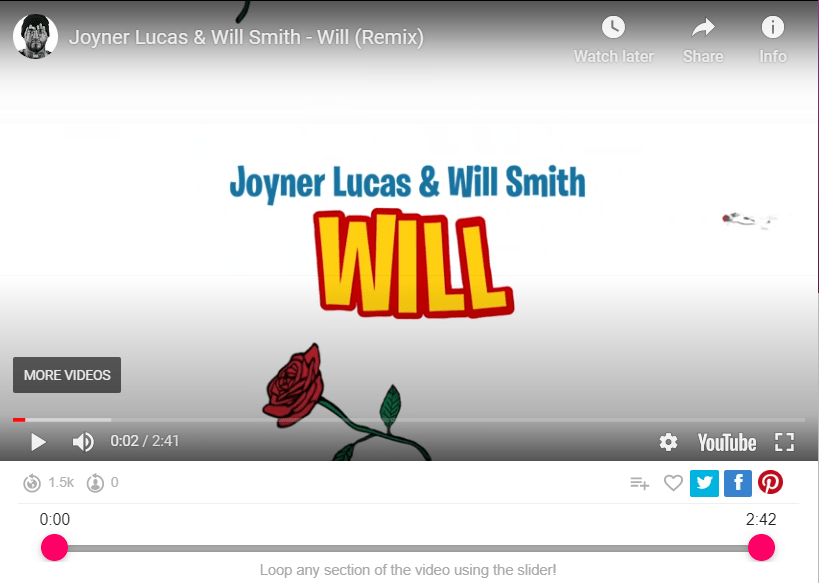 Joyner Lucas is a master of many talents – a rapper, poet, singer, songwriter, and producer from Worcester, Massachusettes, he shot to fame in 2015 with a song called “Ross Capicchioni,” and has been killing it ever since. He has also become well-known for his remixes, ones that flip people’s songs (as well as his own) and bring them snuggly into his brand of rough, lyrical hip-hop-pop. This time he has put a spin on a track called “Will,” which pays tribute to one of the fathers of mainstream rap … though it may seem like a controversial statement to some.

Originally, “Will” was a one-man show, with Lucas doing what he does best and playing all parts, spinning several plates at once. The aim was to send an audible love letter to Will Smith, the Hollywood actor, Fresh Prince of Bell Air star and … people sometimes forget … platinum-selling rapper. But this time the man himself has jumped on board for a remix, contributing a section that takes up most of the song in the final summation.

Lucas kicks off proceedings, delivering lyrics that recall Smith’s most famous TV role, one that producer Quincy Jones scouted him for when he was a young rapper. “Feeling like a prince” and “blessed like uncle Phil” correspond directly to the Fresh Prince of Bell Air, and it is a theme that continues throughout the track.

Once Smith takes the mic, however, things go in a slightly more serious direction. He speaks of Nelson Mandela, Muhammed Ali, and his grandma, citing the ancestors as having taught him the tools he uses to survive, to thrive, and to build his own family in the right way. As if we needed reminding – he is a solid rapper and his skills are being praised in comments sections below the video. 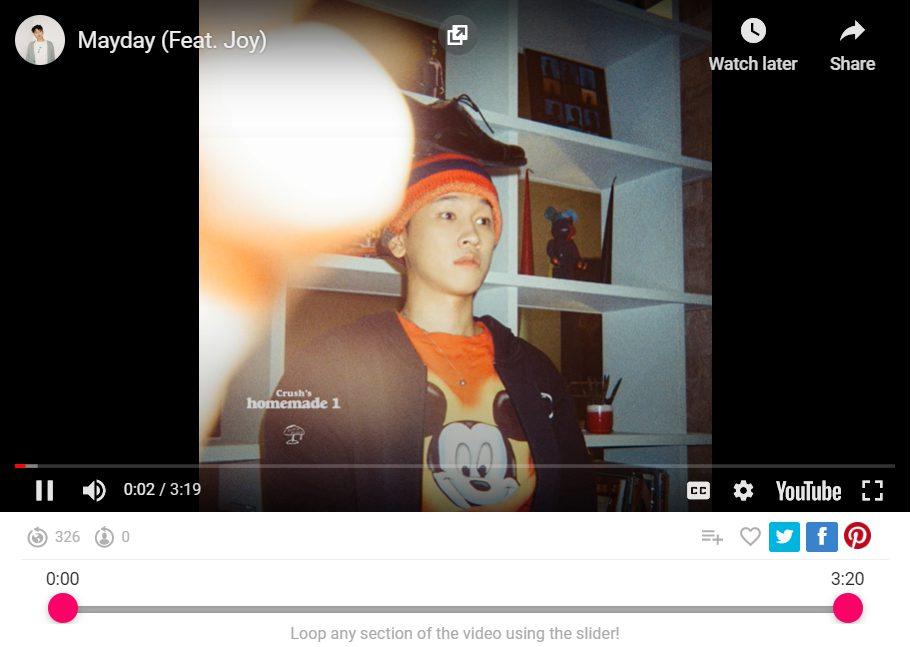 As the international reputation of K-pop increases on what seems like an exponential basis, there are permutations happening back home. Beyond the huge girl bands, the ludicrously choreographed sequences, the luxurious sets, the colors, and the quick-cut editing, a new kind of pop music is gaining traction.

We could refer to it as ‘bedroom K-pop,’ or via words like ‘homemade,’ which appears on the single’s cover. Indeed, the track is part of a so-called ‘homemade series,’ which the artist (Crush) has been putting out during these times of lockdown. However, this strain of DIY fuzziness has been in development for longer than a few months – perhaps the current context has simply helped to bring it out even more.

“Mayday” is among Crush’s first releases in the last half a year, since his 2nd album From Midnight To Sunrise was released in December. On it, he has teamed up with Joy, a singer who normally forms part of the girl group Red Velvet. All in all, the two voices complement each other very well and Joy’s section provides a welcome break 3/4 of the way through, incorporating slightly more avant-garde production.

With “Mayday,” as well as his other projects, Crush is proving himself to be one of the most interesting young artists on the K-pop scene. He isn’t afraid to take risks and has the ability to weave infectious textures out of sounds that might, at first, take his listeners by surprise. For this track, as with the others, vibes and grooves are of central importance, and that is what counts for the fans.

To ascertain the tone of these vibes, just look at the cover art for the single, which is made up of a homemade photograph of Crush, sitting in a room with a shoe balanced on his head. A hand covers a decent portion of the camera’s lens. Its message might be unclear, as well as the story behind its composition, but the effect is there for all to feel.