Jonathan Safran  Foer once said “Why do beautiful songs make you sad?’ ‘Because they aren’t true.’ ‘Never?’ ‘Nothing is beautiful and true.” Likewise in this imperfect universe, seeking perfection is idiotic. Accept your flaws, get lost in the sound of music, and seek happiness. Nothing will make you happy but you. Life is meant to be lived not survived. Here is the latest music review roundup of your favorite music from the past week on ListenOnRepeat. 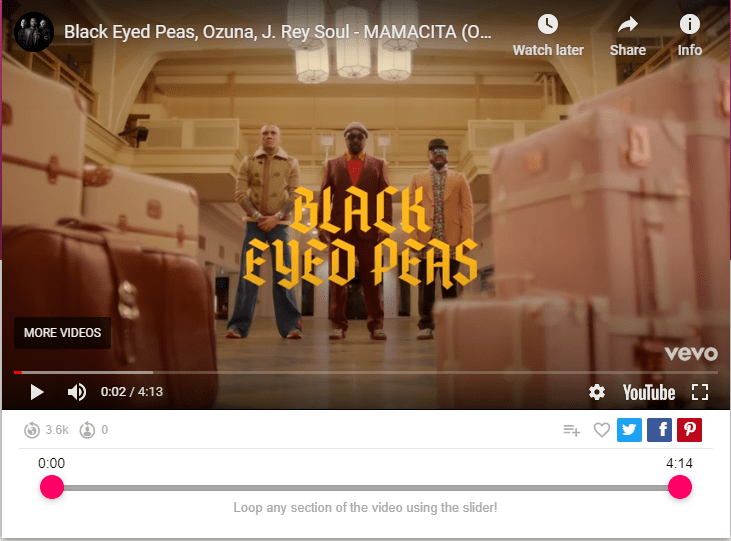 The Black Eyed Peas made a real play for the Latin market with their most recent album, Translation, which made clear through its title that it was seeking to mix the whip and feel of BEPs-style ‘hip-pop’ with the flavors of the Latin pop world. By all accounts, it has worked a charm, and “MAMACITA,” release a couple of months ago, is one of the flagship songs, leading this new crossover charge. With each of these tracks, the BEP’s have been teaming up with some of the hottest artists in pop, Reggaeton, and trap. For this one, they have called upon Ozuna, the Puerto Rican artist who is widely considered the New King of Reggaeton and has just released a flurry of hits, just in time for the summer as things start to reopen.

Another artist who features on this track is J. Rey Soul, the most recent addition to the BEPs after Fergie left the group. She got the call up after Apl.de.ap selected her to be a part of his team on the Philippines version of The Voice back in 2013. After that, she guested on their U.S. tour Masters of the Sun Vol. 1, and became a fully ingrained member of the group after the 2019 world tour that they went on.

The official video for MAMACITA is very close to the normal style that Ozuna adopts. There are impactful dancers, bright colors, clean and characterful sets. Also, we are never quite sure whether the action we are seeing is taking place today, or in a world that we imagine the 70s to sometimes look like. In between English lyrics, there are accessible Spanish terms inserted: “boy you got me Caliente when you call me Mamacita.” There is a look reminiscent of Wes Anderson as well, especially when will.i.am makes his entrance. 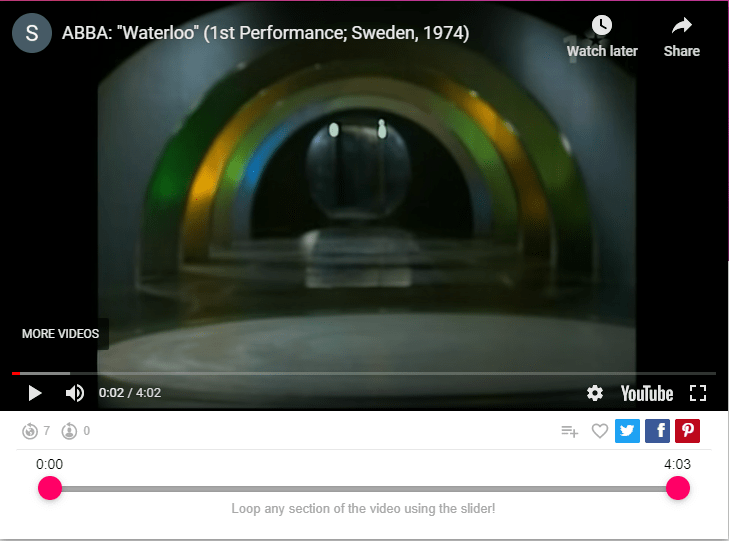 The new Netflix film, Eurovision Song Contest: The Story of Fire Saga, is bound to get young fans going through the pop archives to find the group that made the contest famous. For Americans who might not be aware of this event, Eurovision is an annual competition that includes most of the European nations and some notable examples like Australia (Commonwealth country). Each nation has to put up a pop act, and once all of them have performed, the countries pick their individual favorites. The act, and thereby the country, with most points after the tally is crowned champions, and goes on to international stardom … or that is the theory. In reality, there are few examples of this happening, the famous Abba being one of them.

Eurovision Song Contest: The Story of Fire Saga attempts to mimic Abba’s grand moment and its two main characters, played by Will Ferrel and Rachel McAdams, are fuelled by childhood memories of seeing Abba take to the stage. “Waterloo” was the song they performed all those years ago in 1974, and people are sure to revisit it in their droves as this new film achieves the considerable success it seems destined for.

“Waterloo” is an interesting track because, aside from the absurdly catchy arrangement, it uses a clever central metaphor. Napoleon surrendering at the Battle of Waterloo is seen as comparable to the speaker of the song surrendering to the pain and suffering incurred by love. “The history book on the shelf/ Is always repeating itself.” When the lover in the song is defeated by their significant other, they feel that they have met their Waterloo, and the tragedy of the song comes from the fact that they still see their fate as being with that other person. Its glitzy, sensationalist, and all about the feeling. Abba just seems to get better with time. 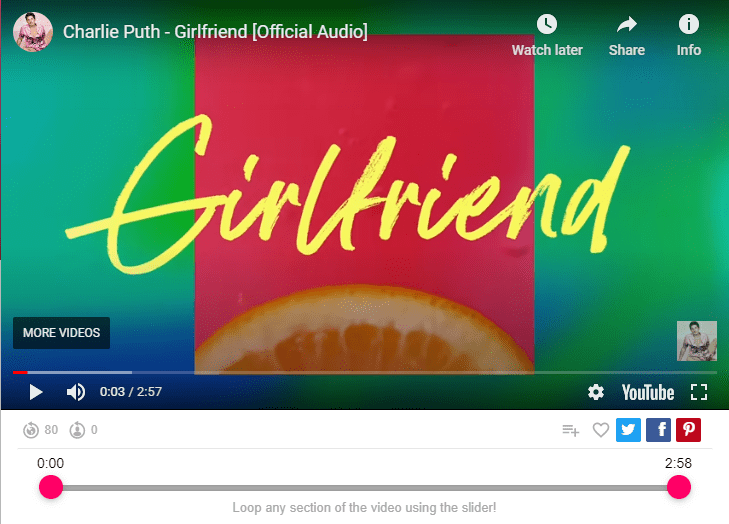 Charlie Puth is one of the most widely appealing young pop stars of his generation. He’s got it all – the look, a certain style that harks back to recent history, the voice, and the songwriting talent. But it is his voice that has grabbed media attention in recent months or, more specifically, his ear. The thing is, Charlie Puth has perfect pitch, and for those who are not music geeks that basically makes his magic. Someone can tell him a note, and he’ll be able to sing it without even taking the time to think. Some people have it naturally, given to them as a gift from the music gods. For others, they can usually get there or thereabout with a lot of practice.

It does mean that now when people listen to Charlie Puth, they are expecting some kind of vocal acrobatics. Or, at least, something memorable and beyond the norm. They don’t quite get that with “Girlfriend,” but what they do get is much better. Puth handles his energy expertly throughout, never letting things slip into the waterfalls of notes à la Jessie J. Instead, he keeps things tight as a drum, and the groove is all the better for it.

Style, voice and songwriting ability – all three are present on this new track. The visuals used for the audio version hark back to the 70s and 80s, with deliberately out-dated filters and editing providing that vintage slant. Then, the arrangement gives of those same vibes, with ecstatic synths spilling out over prodding bass that offers a mix of screw-faced funk and open-mouthed joy. Again and again, Puth proves himself to people who aren’t yet on board. This one is no different. 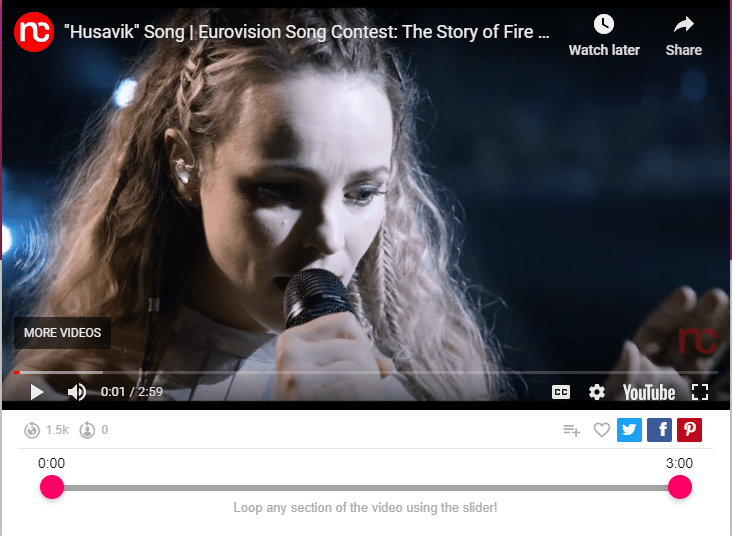 “This is going to be one of those films that critics hate but viewers LOVE.” So reads a top comment on the brand new soundtrack video for Eurovision Song Contest: The Story of Fire Saga. The Netflix film has proven divisive, with plenty of two-star reviews that contrast with the many five star ones it has received. The Atlantic called it Will Ferrell’s best film in years, and Rachel McAdams’ performance has been almost universally lauded. The main gripe some have is that the film drifts into corny territories, where one-liners and cliches abound, but that it does so without incorporating the sheer enthusiasm and infectious joy of a film like Mamma Mia!
Indeed, the Eurovision Song Contest owes a lot to Mamma Mia. It begins with Lars Erickssong (Will Ferrell) and Sigrit Ericksdottir (Rachel McAdams) as kinds in their small Icelandic town. The father (Pierce Brosnan) is watching Eurovision with his friends, and Abba comes on with their legendary performance of “Waterloo.” This sets the tone, and from that point on, the two childhood friends are dead-set on achieving the same kind of superstardom.
Once they become adults, he works as a parking attendant and she is a primary school teacher. But once night descends, they become Fire Saga, a duo act that flickers between pop magic and dreadfulness. They begin the film as one of the worst groups to ever set foot on stage, and they end it like their heroes, Abba.
One thing that is for sure is that the ultimate success of this film will lie in the audience, rather than the critics, and it will be the success of the songs that dictate the feeling that audience gets. From this one, “Husavik,” it looks very promising. McAdams in particular is every bit the leading lady the film needs.