“The music is not in the notes, but in the silence in-between”. You cannot see or touch music, but it seeks you and wants to touch you. You have to feel the power of music within you. Listen to your favorite music and read the best reviews of them. ListenOnRepeat presents you with the latest music reviews from the past week. Take a look!

I Need A Ghost – Brandon Lake | House of Miracles 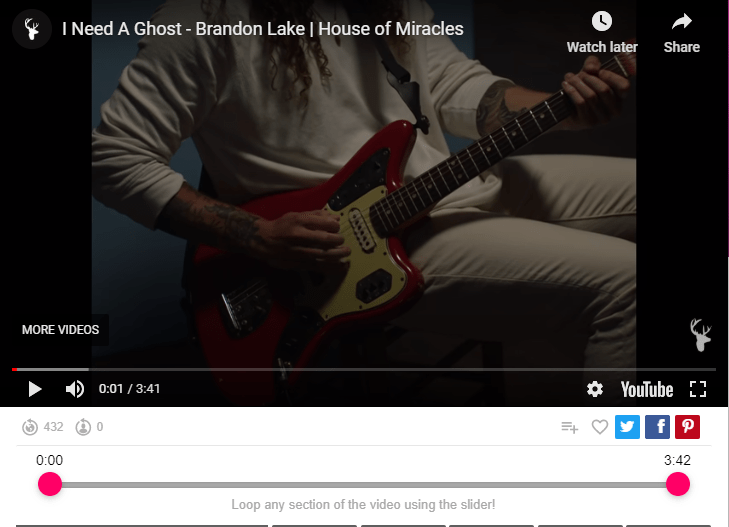 “I Need A Ghost” is a new song by Brandon Lake that seeks to make people move whilst delivering a hard-hitting message at the same time. There are few Christian country singers with as much impact in their voice as Brandon Lake, and he has hit the nail home with this one.

The song has been released on the Bethel Music Collective’s channel, which is a testament to how close the artist is with the community he espouses. It is also a testament to how popular Christian music is: the channel has nearly three million subscribers.

Brandon is, in fact, a songwriter and a worship leader with said collective and he acts as a megaphone for their values and beliefs. He is also a worship pastor at Seacoast Church in South Caroline and has always had a passion for writing music that furthers the Kingdom of God.

Why? Because he reportedly believes that the people of God should be the freest on the planet, and he is committed to helping those people release the joy and excitement they have within them, using music as a tool to connect them to a higher truth.

For those still wondering about the track’s message, despite very pointed and clear lyrics, both Brandon and the Bethel Collective have put it in words in the official video’s top two comments:

“The song is about THE Holy Ghost because there’s only one Holy Ghost. The song is a personal one written from a place in the past realizing I needed something more than the world can offer. And realizing it’s the power and the relationship of the Holy Spirit. Hope you enjoy it.” 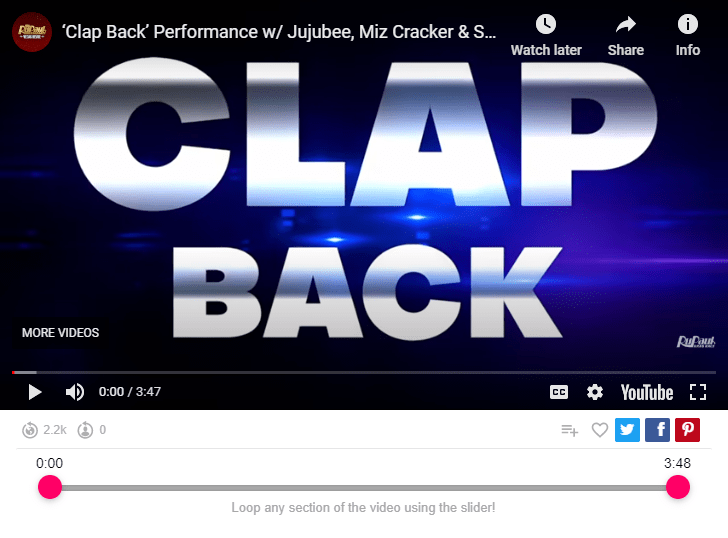 RuPaul’s Drag Race is a phenomenon that few saw coming. Having begun back in 2009, it is now a veritable institution, with fans coming from all kinds of cultural backgrounds. It seems like everybody enjoys this show, which shines a spotlight on drag stars, and if they don’t, well they are just not a good fit for this party.

In fact, that is almost exactly what the song is about: haters, naysayers, and how to respond to them when they come out of the woodwork. With all of those views and all that love from around the world, you’d expect “Clap Back” to be a surefire hit. But, well, there was a misstep somewhere along the way and fans are not particularly happy about it.

Though the like to unlike ratio is still very positive, comments sections are full of disgruntled fans revealing how they feel. Here is one top comment as an example: “Not feeling this song or the way it was filmed. Why are you cutting away from the Queens to a random dancer?… really WTF? They deserved so much better than this weak production.”
Indeed, it seems that the camera angles and sound production are the main culprits. On the visual end, fans weren’t happy to miss some great moments from their favorite queens, due to camera direction that did not fit with the action as it was unfolding.
In terms of sound production, it is true that the bass sounds fuzzy, the high-end sound tinny and the track does not fit into the shows glamorous and no-holds-barred approach. Confetti shouldn’t be falling in the background to this one. 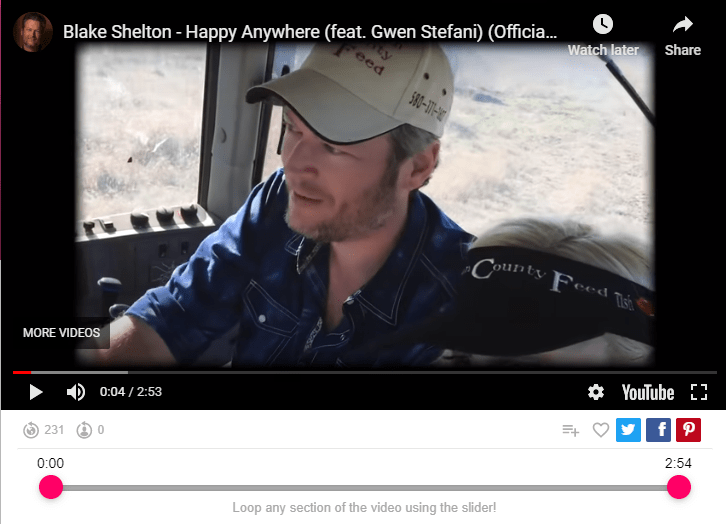 Blake Shelton has got the most ‘country’ country voice you’ve ever heard. And let’s face it, most people have heard it. He has been immensely popular for a while and his role on The Voice USA endeared him to a fanbase that extended far and wide beyond the borders of the genre, and the borders of the nation, too. Here he is for a new song called “Happy Anywhere,” and he is joined by a very special guest indeed.

Gwen Stefani will be known to anyone that grew up in the 90s or the 2000s. She was creating semi-revolutionary pop back when it wasn’t cool to do so, through songs like “Hollaback Girl,” “Rich Girl,” and “What Are You Waiting For?” and “The Sweet Escape.” In fact, there is a special place in the hearts of many young adults that will always be marked by her music.

A power couple then, between the old king of the country and the old queen of pop. That is how many will think of the union between Shelton and Stefani. Indeed, they do make a great pair according to fans, with comments sections full of people singing their praises. Vicarious happiness is a wonderful thing.

One comment reads: “Gwen added joy to this man!! His music is even better… takes a good woman beside a happy man! Thrilled you found each other! You make the world a better place. Your love shines!!”

I mean, they made a song about the love they share, so that is inevitably where the focus is going to be. “Happy Anywhere” is designed to evoke the complete and utter contentedness that both have found. It is a beautiful sight for fans of both artists and for the many listeners that will drift their way over the coming weeks. 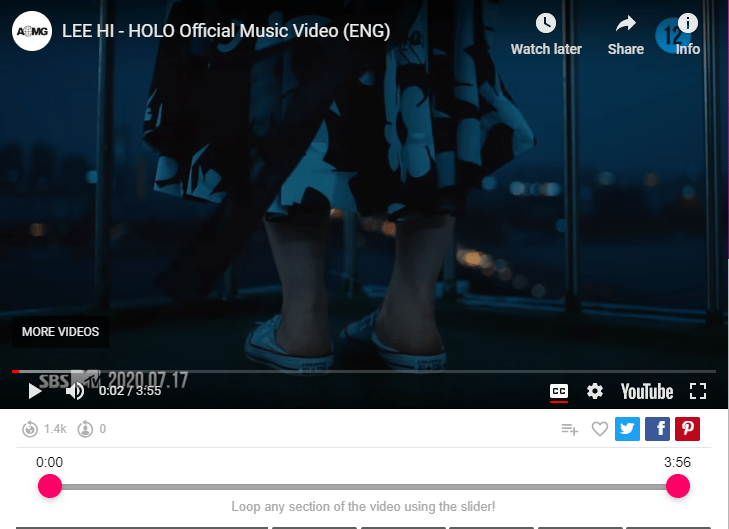 “HOLO” begins with the wind rushing as a woman stands precariously on top of a building, tipping forward slightly. We then cut to a feather falling softly against a blue sky, and an equally serene voice comes in. Lee Hi’s new track is balanced between serenity and danger and flicks between then as it does time zones and languages.

Her move to AOMG has seriously good connotations for fans. Here’s the thing: unlike labels like YG Entertainment (where she was before), AOMG is a group that pushes its artists creatively, and releases music that challenges genre instead of purely focuses on commercial gain. Also, artists are able to release music more regularly, outside of huge, international touring structures that are demanded every release by the major outlets.

Nostalgic style with R&B padding that allows for the subtleties in HOLO’s voice to come through and take center stage. There are strings in the background, electric guitar, future synths, and a whole lot more. This really is a song with a lot of variety, plus the vocals which shift and reform the tone every couple of lines. It would be the perfect track to show people how K-pop is more than just groups of choreographed dancers and big set pieces.

The chorus is more robust, and it brings with it drums that have been on slow-burn throughout and a jazzy/ gospel piano that provides the real color. Though there is an element of catharsis at this moment, the song never outdoes itself, never straying too far into the emotional territory or over-produced climax.

The video mixes past and future versions of Lee Hi, and it is equally as creative as the music. One top comment served to sum it up: “It’s like she’s a guardian angel over her younger self, reassuring her that she won’t be lonely forever and instead find happiness in the future.” 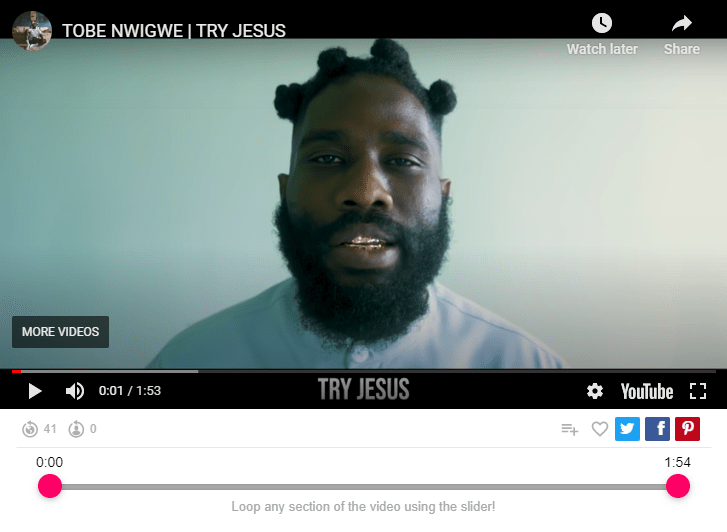 Some gangster-soul crossover coming from Tobe Nwigwe, the Houston rapper who is leading what MTV has called a “renaissance” in the genre. This is the guy who will heal and shift culture with music, according to an interview they ran with him at the beginning of the year. He even has some big-name fans who believe in his mission, from Michelle Obama to Erykah Badu and Dave Chapelle (as he bragged in his song “I’M DOPE” … “Ms. Badu told me I’m dope”).

Certainly, on first look, the video will grab the attention of anyone who watches it, seeming as it does to challenge genre and perception from the word go. Three figures are dressed in minimalist clothing and sit on a bed performing to the camera – it’s about as far away from most rap videos that you are likely to see. But here’s the thing: it isn’t rap, not by any traditional or commercial standards. There is way too much genre-bending going on to box it in any way.

Mental release, purpose, and consistency – these are three of Nwigwe’s personal tenants. Indeed, the first generation Nigerian-American uses music as his vehicle of choice, but you get the sense that his message could be delivered in any way he chose. Visually, for example, the footage is stunning and it un-nerves the viewer as much as it pumps them up. All of his music videos are incredible; go and have a look if you want to see something worth talking about.

“TRY JESUS” speaks about the tension between violence and religion, or being a ‘good person.’ Several times we are warned in the lyrics: “try Jesus, but don’t try me … because I fight.” Also, the pipes are ridiculous, with vocals matching nicely to deep bass the punctuates the track here and there. 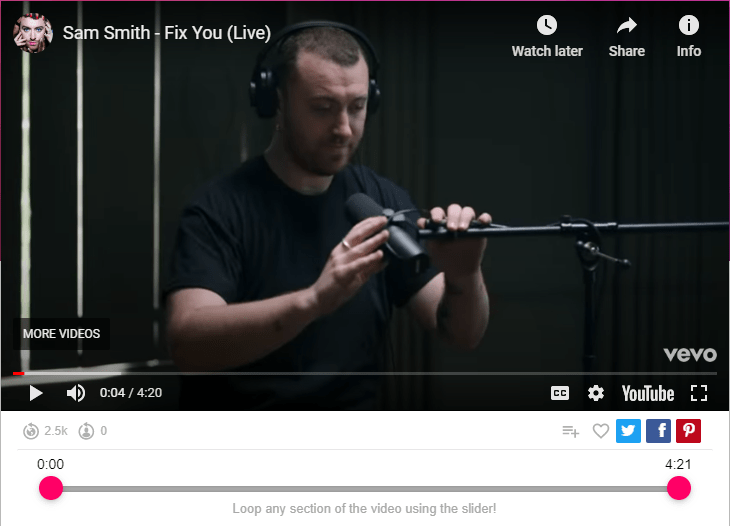 “Fix You” is like a right of passage for young singers, especially English ones. Indeed, it has plenty of moments that give opportunities to show off different tones – huskiness, warmth, velvet, despair, renewed hope. And though Chris Martin’s own tone relies on depth and character rather than acrobatics, the song offers a challenge to new pop singers: can you sing “Fix You” and make people believe in your performance?

Yet Sam Smith has just come along and blown all other pretenders out of the water. There are few singers operating today that have a voice as recognizable as Smith’s, one of those artists whose vocals are always as impressive as any of the instrumentalists in backing groups, no matter their virtuosity levels.

We can hear it from the opening notes, which are crammed with power that few others possess. The piano melody mingles with long organ notes that give the whole thing a transcendent quality, before crisp acoustic guitar and warm base notes come in to provide more body for the chorus crescendo. It is lovely production – showing of the vocals while wrapping them in a sonic blanket that is very pleasing on the ears.

The Middle eighth is also a high point – it is the moment in the original when the band is permitted to jump around on stage, to raise the energy levels … here, an angular drum beat provides tension, while a male-voice choir sounds in the background, giving all the drama the song needs to have an impact.

All in all, it gives off different vibes to the Coldplay original, but it carries itself well in much-loved territory. It has been variously described as the cover fans never knew they needed, as well as a signal from the best singer of their generation.