Country singer and the first Black member of the Country Music Hall of Fame, Charlie Pride, died at the age of 86 in Dallas today due to complications of COVID-19. Pride gave us singles and covers of hundreds of country music that will last until eternity. His best duet “Kiss an Angel Good Mornin” won the hearts of millions. Pride will always be remembered as one of the pioneers of country music. 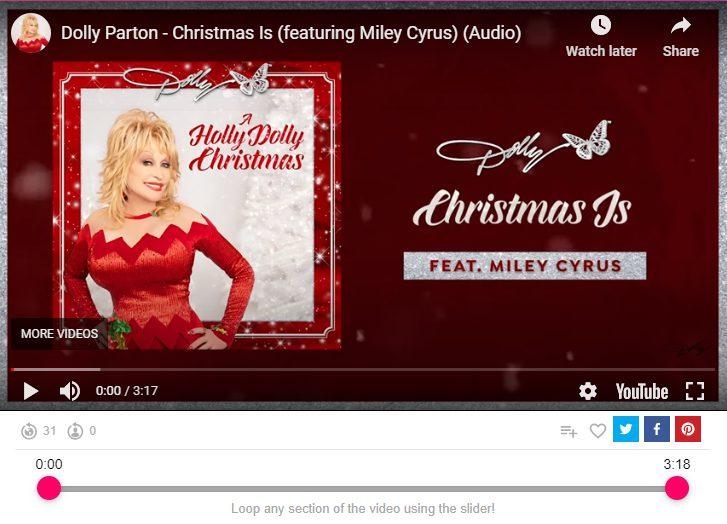 This is the Christmas song nobody knew they needed until it came. Both Dolly Parton and Miley Cyrus are much-loved songstresses, but they share more in common than you might think at first. Both have a country-leaning, both have experienced quite public breakdowns and both have a voice that is perhaps underrated in the mainstream – they are voices that musicians appreciate, occasionally more than the fans themselves. They are also basically family: Dolly Parton once acted as a mentor to Miley’s father, Billy Ray Cyrus, and eventually became Miley’s Godmother.

Christmas is a time for family and fans are loving seeing the union between these two for a festive release. “Christmas is a time for caring, being at your best/ Christmas is a time for sharing, knowing when you’ve been blessed.” So runs this song, which details the values of the holiday season, as well as a kind-of to-do list when it comes to celebrating in the right way. Parton’s voice sounds whispered at times on the verse, and Miley keeps the power in the duet with a performance that takes a backseat whilst adding meat to the melody. Yet, once the chorus hits, some of the famous Parton tones shine through.

Fans recognize how good they are together: “Dolly softens Miley’s singing voice. In this song, you can hear Miley’s ability as a vocalist. Dolly is just made of music and everyone loves her way of delivering a good song.” It is certainly true, and fans of both will appreciate this union. “Christmas Is” is a track for families and an ode to the relationship the two singers share. The two have also combined over Parton’s “Jolene” … maybe they’ll tackle a Miley song next?

It isn’t “White Christmas” but “Warm December” in this new track by Sabrina Claudio, the R&B and pop singer who first got fame from Soundcloud uploads. Indeed, (seemingly) contradictory titles have been something of a pattern in her discography, with her debut release being titled “Confidently Lost.” But upon listening to the track, we realize that it is not a contradiction at all, instead reaffirming a quite simple and old idea: warmth and romance during the winter months: “as we cuddle up next to the fireplace, we’ll be burning up our own flames.”

This might just be the most sensual music video released in 2020, and many will think it way more appealing than something like “WAP” by Cardi B and Megan Thee Stallion. Indeed, Sabrina Claudio slows everything down, rather than speeding it up, and fans love her for being confident in her own skin, and for promoting a body type that many see as achievable, as opposed to the unattainable representations of female beauty that are peddled in much of the media. One top comment reads: “I love how she has a realistic body, not some plastic overdone version. She’s real and she’s beautiful.”

It is a bit of a cliché that people suddenly start looking to get themselves coupled up when the leaves start falling from the trees and winter draws near. Yet, there is probably something primordial in the urge for contact against harsh winds, and it is something that Claudio understands: “It might be freezing outside, but it is gonna be a warm December.” In many ways, this is an alternative Christmas song, one whose place on downloads charts shows that it will help rise the star of the up-and-coming alternative figure.

Charlotte OC – Where It Stays 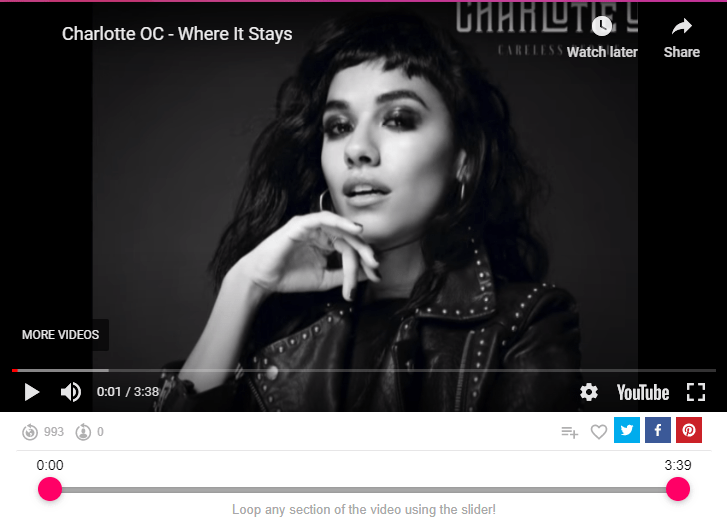 There is a reason why “Where It Stays” by Charlotte OC is climbing downloads charts, despite having been released over three years ago. It is a mystery until you read fans’ comments below the official video: “Season 2 Virgin River Brought me here. I needed to hear this song entirely. Fate has a weird way of finding you.” Indeed, the video has become a place for a congregation where fans of the show are able to gather and show their appreciation. Whether it was the show or the song that they felt most drawn to, it is clear that the response has been a strong one, with words like “fate” being used as can be seen in the above quote.

With a minimalist arrangement and a voice that is front and center (with a touch of echo), the track is perfect for accompanying series drama. It isn’t intrusive and supplies a whole lot of atmosphere, especially when it comes to the chorus and the driving bass drum pattern makes things that bit more epic. It isn’t hard to imagine a montage being shown with this song, with scenes of characters in tough moments, looking pensive for a few seconds before the cut takes us to the end credits.
Virgin River is about a woman who begins work as a midwife and a nurse in a remote town in California. She thinks a fresh start is coming, but things become more complicated. The resolution rests on whether she is able to make Virgin River her home. The show is available on Netflix and has middling reviews. “Where It Stays” clearly added an emotional crux point to proceedings and Charlotte OC is going to be getting a lot more fans in this period.

CHUNG HA (청하) – Dream of You (with R3HAB) Performance Video

A performance video, as distinct from an official video, showcases the performative, choreographed aspect of a song without the big budget and the fancy set-piece. Yet, if K-pop has brought anything to the pop world it is an appetite for larger-than-live visuals. “Dream of You” by Chung Ha, therefore, is as impressive as most official videos in the Western world, while holding back from what we should assume will be a staggering visual once everything is in place.

For the performance video, we start in the morning, in a glass-walled room on the edge of a lake, where Chung Ha begins her dance routine. We then proceed through that day and, as evening draws in, find ourselves in a nightclub setting. She is almost continually flanked by a troupe of dancers, dressed to offset her through clothes of opposing colors, and the camera zooms in and out, up and down, always dynamic, always in motion. All this creates a simple but effective visual feast, one that is designed to grab attention and keep it locked in for the three and a half minutes of the track.

The position Chung Ha operates in the K-pop world is one of a dark horse. For the uninitiated, commenters are keen to provide context as to how she’s seen: “She debuted 3 years ago yet it feels like she was part of the legendary era of second-gen soloists and is compared to the likes of IU, Taeyeon, and Sunmi. You never know what she puts out in a good way and is so experimental with her music.” It is a huge strength of the K-pop community that artists are constantly seen in relation to each other, adding an element of the context within the competition that might normally be seen in sports.

With the top nine spots on downloads charts going to BTS, Chung Ha is flying high to claim the tenth.