“I can chase you, and I can catch you, but there is nothing I can do to make you mine” – Morrissey

You can hear music, you can feel it in the air but you cannot make it yours. As much as we like to listen to music, we should admire it for being there for us. Read the latest music reviews from last week on ListenOnRepeat. 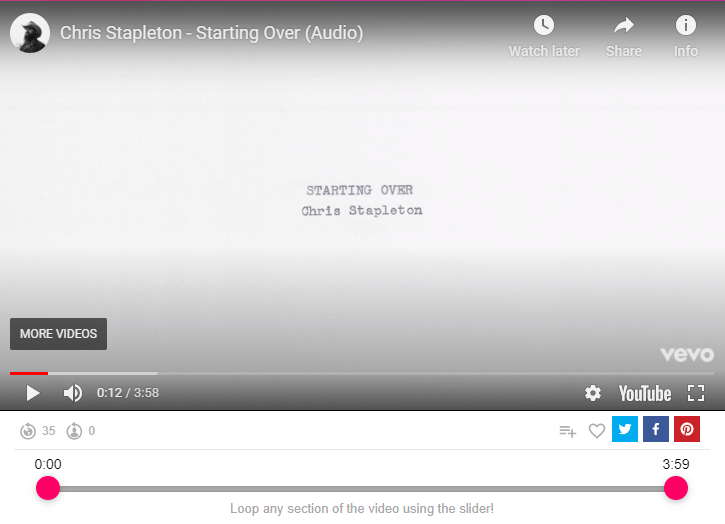 Grammy-winning country music star Chris Stapleton has released a new track that shares its title with a brand new album: Starting Over. Though fans have had to wait a little while for this new original piece, the Stapleton and Henderson-written song has been gaining traction since its release, and currently stands high up in the downloads charts. For an artist as big as him, this shouldn’t come as a surprise, but “Starting Over” has nevertheless been making waves, even threatening to creep beyond the country scene it was born from.

Characterful rhythmic guitar and a soft snare-led beat make for the perfect bed for Stapleton’s rich tone, and the lyrics drop life lessons with seemingly every line. This time the singer gives advice to those facing a difficult decision or a tricky path ahead. The lyrics read: “But nobody wins afraid of losing/ And the hard roads are the ones worth choosing.” Indeed, in taking a decision like the one described, there is an element of rebirth or renewal; tough moments give rise to newfound confidence once all is said and done, and the chorus – with its female backing section – makes for the perfect climax.

Stapleton’s last project came out back in 2017, From A Room: Volume 2, and some have taken the title of this new song to be descriptive of the artist’s new start after a while out of the game. But the song’s themes are universal, and anyone listening should be able to find something that relates to their lives. One top comment confirms this: “2020 just might be saved after all.  Perfection.” Indeed, 2020 has offered a lot of obstacles so far, and Stapleton is offering his fans a way to climb over them. 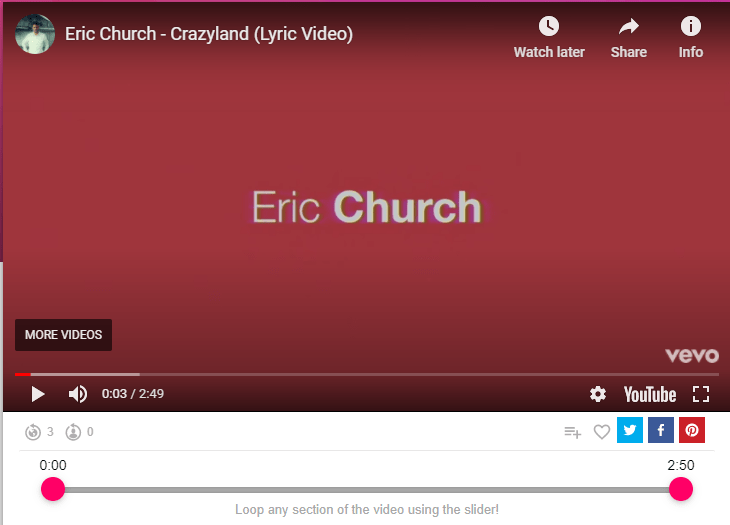 Eric Church has become, in some ways, the bad boy of country music in recent months, particularly after the release of his track “Stick That In Your Country Song,” which flipped and distorted themes over instrumentals that were part rock, part country, and 100% attitude. He annoyed as many people as he pleased with that release… will “Crazyland” be any different?

One top comment suggests so, reading: “I’m presently surprised by this, this is an amazing song, I was coming into this expecting something like “stick that in your country song,” but now I’m more reflecting and realizing that this is why I love Eric church as an artist.” The fan goes on to say that “Crazyland” demonstrates the Church’s sheer power with words, commenting that he is able to paint a picture so vividly, one that everybody can understand.

Indeed, Church was never criticized for his skill as a singer, or as a lyricist. It was the stance he took that got him detractors, as well as his tone of voice at certain moments, and this new track has reminded some of them why they should sit up and pay attention once more. The third release of his upcoming album, this is a promise of more good things to come.

Lyrically, the track does something interesting that has also grabbed first listeners. In discussing mental health and all that comes with it, he has chosen to personify the emotions his figures are feeling. Here’s an example: “That’s Sad in the corner with his heart on his sleeve/talking to Regret who’s never gonna leave…” It is a clever way of framing the scene, something emboldened by the lyric video and surely something that raises anticipation for the official video once it comes out.