The purpose of our life is the be happy and Music is something that makes our life worth living. Wherever you go, Music will lead your way. In difficulty or in happiness, Music is the only salvation. To help you discover new music, ListenOnRepeat presents you with the weekly roundup of new reviews from the past week. Have a look! 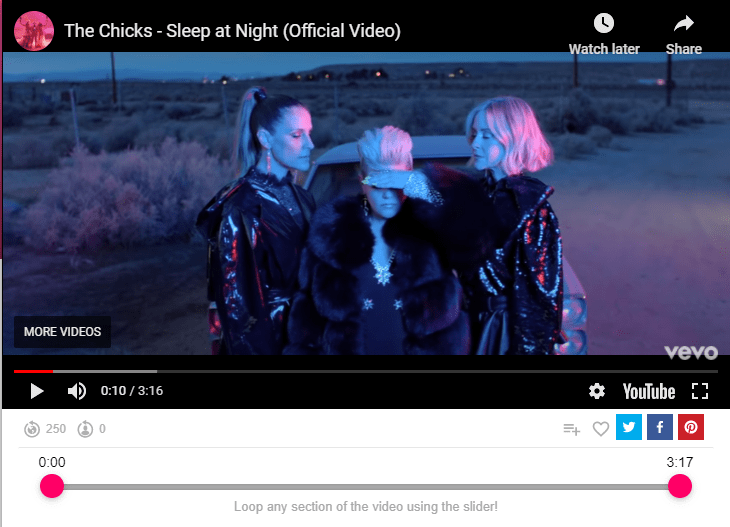 The Chicks recently dropped the “Dixie” in their name to show their support for ‘the movement,’ by which they presumably mean the cultural clean-up that is happening right now in America. Dixie is a word that refers to a white-washing, abuse, and commercialization of African-American music in the Southern States. Dixieland Jazz grew out of the music that came tumbling out of New Orleans and, at some point along the way, it got entangled with the country and bluegrass elements, hence the Dixie Chicks being a name that made sense (at one stage).

In any case, the group has their values in the right place and though it is a little late, the name change surely chimes with what they believe in as well as, it has to be said, good branding. Their latest releases have sought to combat injustices in seemingly every way, with “March March” aimed at societal oppressors and the need to stand strong in the face of inequality and violence. “Gaslighter” was a song aimed at a man, or men more generally, who lie and cheat their way through life, leaving women damaged by toxic relationships along the way.

“Sleep at Night” follows a similar track. It is directed at the guilty who, if the lyrics are anything to go by, should know who they are. Sleeping at night doesn’t mix well with keeping secrets and lies, and The Chicks are here to call out that kind of behavior. The choreography is all about women supporting each other, and at one point they point directly at the screen as if to call out the viewer. 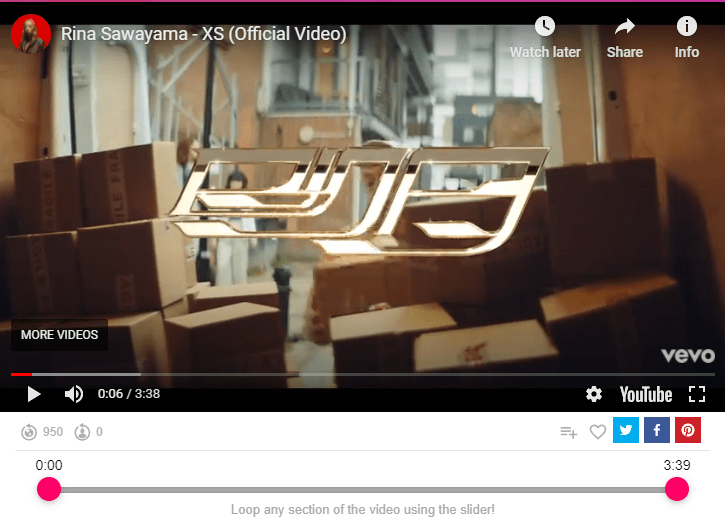 Rina Sawayama has been in the news recently due to her ethnic background. She is Japanese by birth, but she has been living in the UK for the last 25 years and feels British. However, her situation – which is shared by many residents of the UK – means that she was not eligible to win a BRIT award or a Mercury prize at the annual shows this year. There has been an uproar in the media, and it has spurred questions about nationhood and identity: what exactly does it mean to be British?

“All I remember is living here,” Sawayama said in a statement. “I’ve just lived here all my life. I went to summer school in Japan, and that’s literally it. But I feel like I’ve contributed to the UK in a way that I think is worthy of being celebrated, or at least being eligible to be celebrated.” Still, without a British passport, the doors of the BRIT awards and the Mercury prize are closed. Since Japan does not allow for dual citizenship, and Sawayama wants to remain close to her family and cultural roots by remaining Japanese, she must feel she has no real option.

It was in an interview with Vice that she revealed the way she felt, and since then we have seen the hashtag #SawayamaIsBritish trended in the UK. There has been a heartwarming wave of support for the artist in recent days, which is marked by solidarity. Sawayama’s blend of pop, R&B, and nu-metal can be clearly appreciated in her most recent track, XS,” and her music has received much critical and popular acclaim. Now her fans are gathering around her in support of this ruling.

A spokesperson for both awards nights gave the following statement: “Both The Brit Awards and the Hyundai Mercury Prize aim to be as inclusive as possible within their parameters, and their processes and eligibility criteria are constantly reviewed.”

Dan + Shay – I Should Probably Go To Bed (Lyric Video) 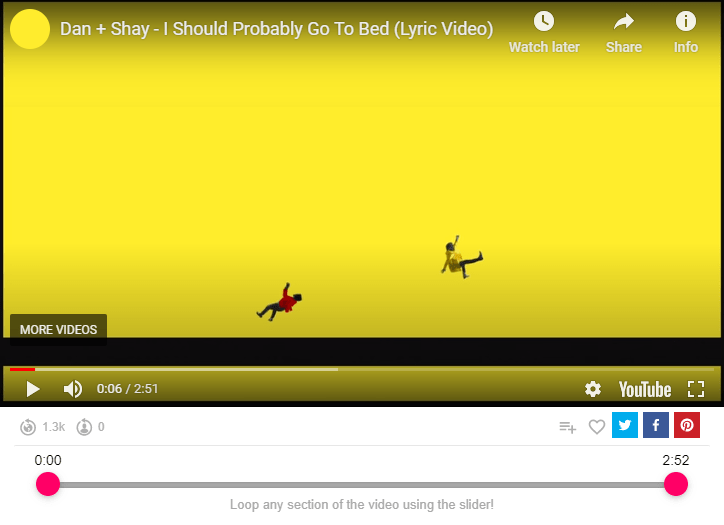 2020 was meant to be the year for Dan + Shay. Indeed, they had recently hit new heights and were preparing for a mammoth tour – one of the biggest from any group. The country-pop duo was on the edge of greatness and then … Covid-19 hit. It was a massive blow, but fans have learned that for every upset, there is a silver lining that is sure to follow.

They did get a few shows in, kicking off their headlining arena tour in March with two capacity sold-out shows at the Bridgestone Arena in Nashville. Then, they were able to play for another packed house in Ohio not long afterward. Yet, as the stark new reality dawned, and venues began to make tough decisions to close, the duo were forced to do the same. Shutting down what promised to be a monumental few months must have been painful. A 40-plus schedule down the drain.

Dan Smyers, who acts as the musical and production brains behind the operation, had the following to say: “It gave us a taste of how awesome it felt, and then the rug was pulled out from under us.” His partner, Shay Mooney, who works the mic, must have felt exactly the same.

And yet, they have bounced back with what critics are calling their most interesting song yet. “I Should Probably Go To Bed” is a far cry from the country-pop they are known for. It is more pop-y and works in a choir and piano backing that works really well. Despite the new approach, fans are clearly loving it.

One top comment seems particularly pertinent: “Literal goosebumps! My wedding was postponed due to COVID and I’m a nurse on a COVID floor so I totally understood why we had to make that call – but because of that happened were adding you both to the guest list! Will you attend my wedding?” 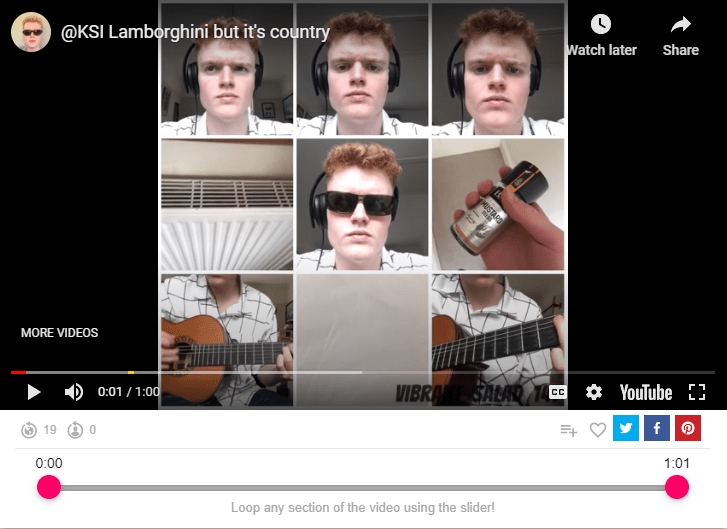 There are few crossovers covers more unlikely than this one. The British Youtuber KSI has long been known to English audiences, but he has received international attention in the last couple of years, particularly since his much-loved and much-maligned boxing matches against the US superstar Youtube Logan Paul. Yet for those who have known him for a while, it is clear that Youtube comedy videos have never been enough for KSI.

Indeed, he has been dabbling in music for a number of years, and his track “Lamborghini” is one of the most viewed outings so far. Its style is similar to the rest of KSI’s music, building on London grime soundscapes and mixing that particular timbre with an accessible, often Youtube-centric flow. Unsurprisingly, this has been held in high regard by his follower base, who know that KSI and London culture are intertwined regardless of what medium he is operating in.

To here a country cover of “Lamborghini,” therefore, is a novelty for audiences, and its humor element (that comes from the fusing of two seemingly disparate genres, will endear both established KSI fans, and others – those that can see the satire in setting his bars and his rhythms to a traditional, and often quite conservative, musical culture.

The channel in question is Vibrant Salad, and it is growing rapidly due to several of the crossover pieces going viral (covers of Skepta included). The author of the channel uses the split-screen feature much like another Youtube sensation, Jacob Collier. It is part comedy, but as with all great comedy songs, it sounds good and stands on its own two feet as well.