Get addicted to music and you will be in a safe kind of high. Music never stops to amaze you, fill your heart with joy, and relieve the pain. Discover new music every week at ListenOnRepeat. Below is the weekly roundup of new music from last week and their exclusive reviews. 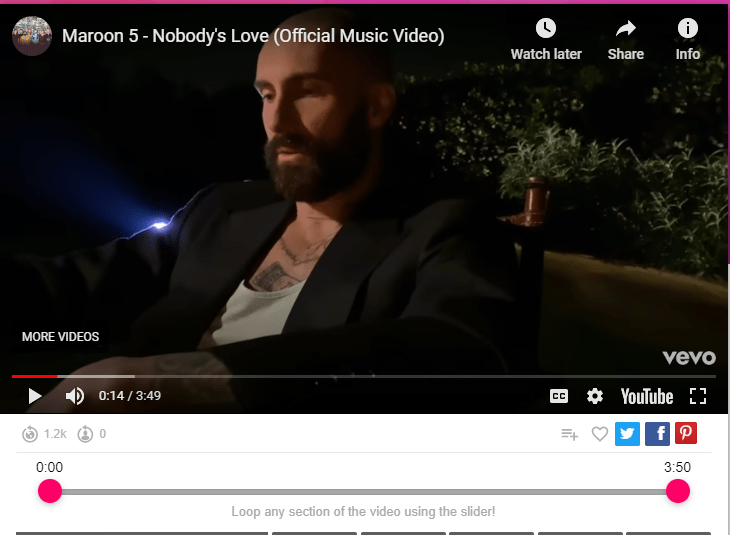 “This got released 8 hours ago and I already memorized the whole song lyrics” reads one top comment on the latest song and video by Maroon 5, the band that refuses to rest – how many more number ones do they want? Yet, they may have a solid fight for the number one spot right now as the release coincides with new music from Taylor Swift, an artist that commands a larger and perhaps even more ferocious fanbase.
Indeed, Maroon 5 has been through various stages in their two-decade stint, and the last five years have been the most commercial and ‘pop’ of them all. For those that remember, their early work was more geared towards blues and rock n roll, bringing a certain clutch of music fans that are unlikely to enjoy the music that they are in the habit of releasing now.
“Nobody’s Love” is their first drop of 2020, with “Memories” having been released last fall (though it still seems to be played everywhere). The official video for the song was shot entirely on iPhone, and it was directed by David Dobkin. Visually it works well and the track itself is as catchy as you’d expect. But behind the music lies a deeper message, something that the band is keen to get out with this release.
The end of the video comes with the following message: “It’s time to end the War on Marijuana. The aggressive enforcement of marijuana possession laws needlessly ensnares hundreds of thousands of people into the criminal justice system and wastes billions of taxpayers’ dollars … ” Indeed, it is rare for Maroon 5 to get political, but here they have taken a stand. The quote goes on to talk about racial disparity in incarceration practices.

Evanescence – The Game Is Over 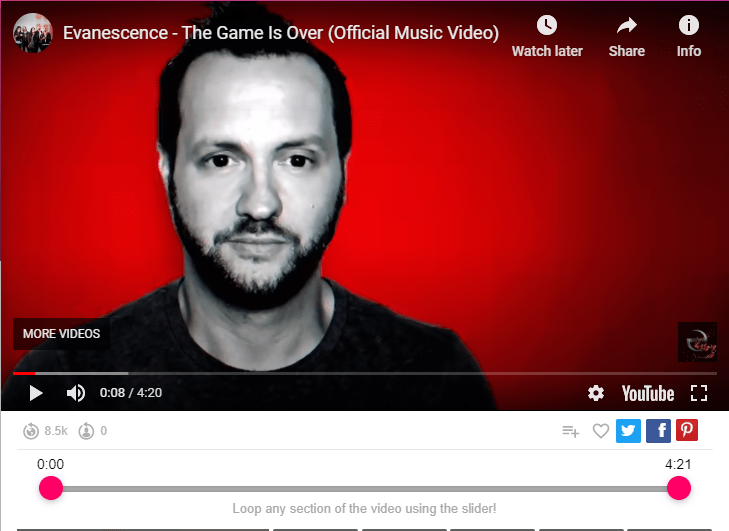 Evanescence is a group that was founded in Arkansas back in 1995 by Amy Lee and guitarist Ben Moody. For many years they occupied the emerging space between pop, rock, and ’emo,’ a term that came to reflect a certain style of teenage angst in the late 90s and early 2000s, whereby the hangover of hard rock and metal became commercialized and diluted in the pop environment. To some, it seemed like set-dressing for emotional pain, hence the term. For others, it was the most profound thing in the universe.

“The Game Is Over” is the second single from Evanescence’s upcoming fifth album, The Bitter Truth. Their first full-length project in 9 years, it was released on Youtube at the beginning of July, and the official music video came out the following day. It was written by Amy Day, star of the group, along with Tim McCord (bassist), Troy McLawhorn (guitar and backing vocals) and Will Hunt (drums).

Its lyrics tell a bleak story of strain and release, whereby the speaker is unable to reveal their true selves and unable to exorcize the pain within them as a result. Evanescence is sick of the masks that society asks us to wear just to make other people feel comfortable. With “The Game Is Over,” the group is performing an act of self-actualization in some ways, and throughout the song, the speaker is building up the strength to remove the veneer and face the world head-on.

In a statement, the band described it as “a protest against the facades we are pressured to put on by society. In the face of depression and anxiety – and especially in a world that seems to crumble further each day – it’s a cry to end the charade that everything’s fine.” 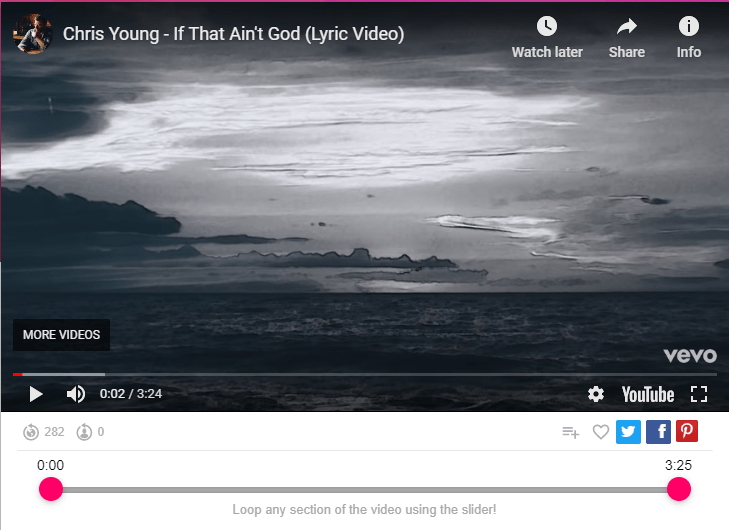 “Our world needed this song during the times we are all going through. BEAUTIFUL! Thank you!!!!” So reads one top comment on the new track by country star Chris Young. Indeed, it is not clear exactly which tough time the comment refers to but, we can safely assume that addresses the COVID pandemic that has kept everyone indoors for the first half of the summer. Country music and religion have always gone hand in hand, and this track serves to show the power country has, not just as a music form, but as a cultural glue as well.
The lyrics speak of a man who doesn’t have the gumption to properly attack life. Indeed, he finds it hard to get up for a cup of coffee. Yet, a radio story of a boy beating cancer, then hitting his first baseball and pointing to the sky puts everything into a different perspective. “If that ain’t’ God, then I don’t know what is” comes to the declaration. It is a realization that makes the speaker of the song want to get up, pray, and live his life to the full.
On Twitter, Chris said: “The reaction has been ridiculous. You guys had already said you loved it … this song is just so powerful, it means so much to me. I’ve been talking to everybody who is involved, my team, the other writers, my co-producer Chris DeStefano … [we’re just] just blown away, it’s just incredible.” Clearly, this one has struck the right chord with fans. It employs a simple arrangement, with a steady climax building up to a feel-good chorus. “If That Aint’ God” is a marker of how people are feeling right now, searching for lights at the end of the tunnel. 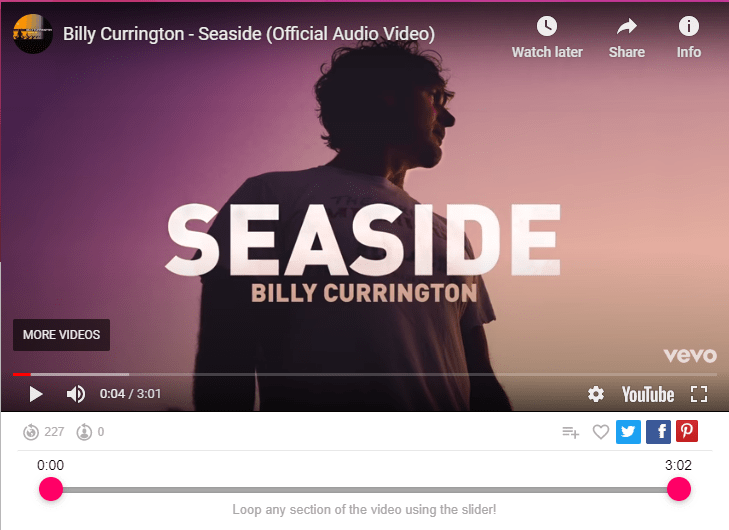 Billy Currington holds the record for the most successful number 1 on the Billboard country charts, in regards to how far behind the number 2 song was. Indeed, the singer-songwriter from Georgia has been around for long enough to have scored several big-hitting releases. “Seaside” comes out, therefore, to a ready-made audience of loyal fans who love anything Currington. And it comes out just in time for the middle of summer, where people are able to start going out and socializing with their friends once more. “Seaside” is the perfect gift for Currington fans because it aims to capture that feeling.

Freedom, nice weather, nature … these have been the main themes in country music for the last two months. Maybe it is always the case when summer rolls around, but you’d have to say that the yearning of confinement has made it more pronounced this time around. “Seaside” uses a central premise to tease out this feeling: a girl, who he met at a neon bar (like in every country song) strikes him as someone who would look much better on a beach: “This bar light, neon blue, don’t do you justice babe/ I ain’t tryin’ to come off wrong, but your body would look better with a beach on it.”

All the motifs band together, working towards the same goal: aesthetic beauty within nature. The waves lap, the sand sticks, the sun glimmers in bubbles on the skin, and the woman looks all the better for it. With a chorus that with definitely sound catchier and catchier the more his fans listen to it, Currington has delivered an earworm that sells an image we can all subscribe to. 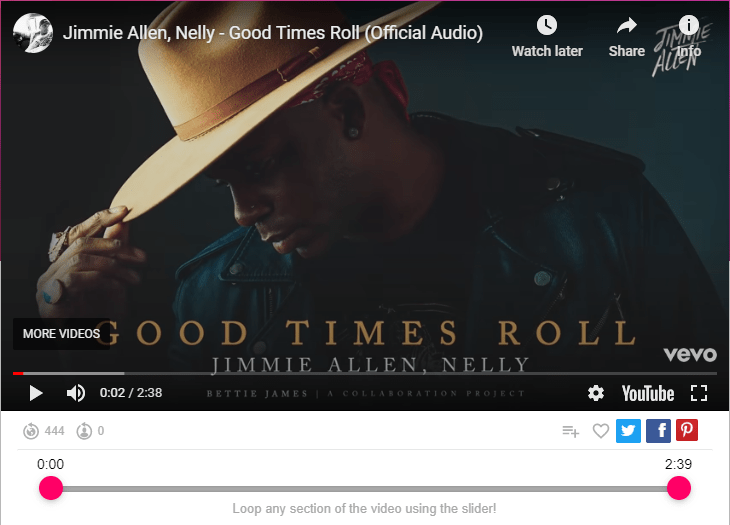 Jimmie Allen has released a song whose title most people will recognize. If we close our eyes and think of a melody connected to the words “Let the Good Times Roll,” it will probably be the voice of BB King, or Ray Charles, George Benson, or another big musician from the jazz, funk, soul, gospel crossover crowd. Indeed, there is a stone-cold classic connected to this title, which is surely why Jimmie Allen thought it wise to drop the “Let the,” despite the sentence “Let the Good Times Roll” ringing out in the chorus and providing the hook.

Jimmie Allen is a young singer from Delaware, who released his debut album, Mercury Lane, back in 2018. This first attempt only sold around 15,000 copies in the US, and it marked a slow start for the artist. With this new track, however, he is climbing the charts like never before. Part of that will be down to his choice of collaboration. Everyone who was born before 2000 remembers Nelly, and it is interesting to see him engage in a country crossover like this.

“Yeah crank that truck up, load it up with/ A few folks in my four by four/ Seat laid back, cold six-pack, the window cracked/ I got the good fire rollin'” … so the premise goes. As part of a collaboration project where Allen will join forces with many well-known artists (like Tim McGraw), he is taking a journey into the country with rap accents guiding the way. The times roll by just like scenery past the windows in a road-trip where good values are matched by good beer and all are invited. A great little release for young country fans.