It’s like if the Music is load enough I won’t be able to listen to my own thoughts. When a piece of good music enters your ears and thousands of thoughts surround your head, you relive at the moment. We always seek for new songs to listen to. ListenOnRepeat presents you with the latest new songs and their exclusive reviews below. Enjoy Reading! 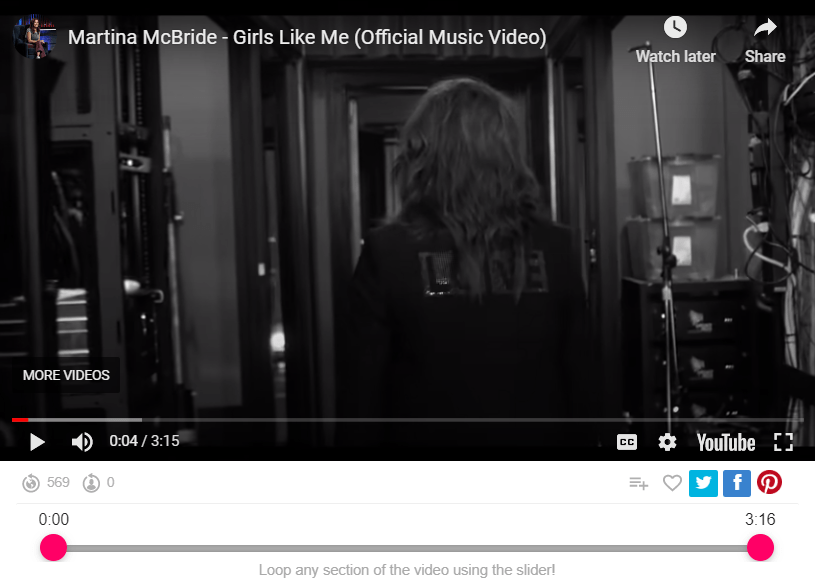 Songland is in its second series and the show keeps on going from strength to strength. The pitch goes as follows: a group of undiscovered songwriters and musicians get the chance to show their work to established stars and a panel of top producers in the music biz.
Then the star in question is able to select one song that they would like to record and the young writer is tasked with adapting it to their style. The most recent episode featured Martina McBride, an American country-pop singer who has acquired semi-legendary status over a long career.
The song “Girls Like Me” is a winner from the word goes. It discusses the ebbs and flows of life for the song’s central character. Through insecurities, as well as a lot of ruts and doubts, the girl gets eventually to grips with the world. Anybody listening can relate because we have surely all gone through similar situations to the ones described in the lyrics. “Here’s to the girls like me,” the chorus lyrics go.
In comments sections, listeners are there to pay tribute to the episode they watched, and to sing the praises of the young songwriter, who displayed humbleness, a willingness to learn, and a lot of star quality in her own right. Who knows, perhaps she will release her own version of the song in the not too distant future. In the video’s description, McBride addresses the situation that everyone is facing: “My Songland feature “Girls Like Me” is officially out now!!! We recently filmed this music video social distancing style, which made things a bit tricky but I’m so happy with how it turned out! 🎶 What do y’all think?” The songwriter is called Hailie. Look out for much more from her in the future!
Watch Martina McBride – Girls Like Me 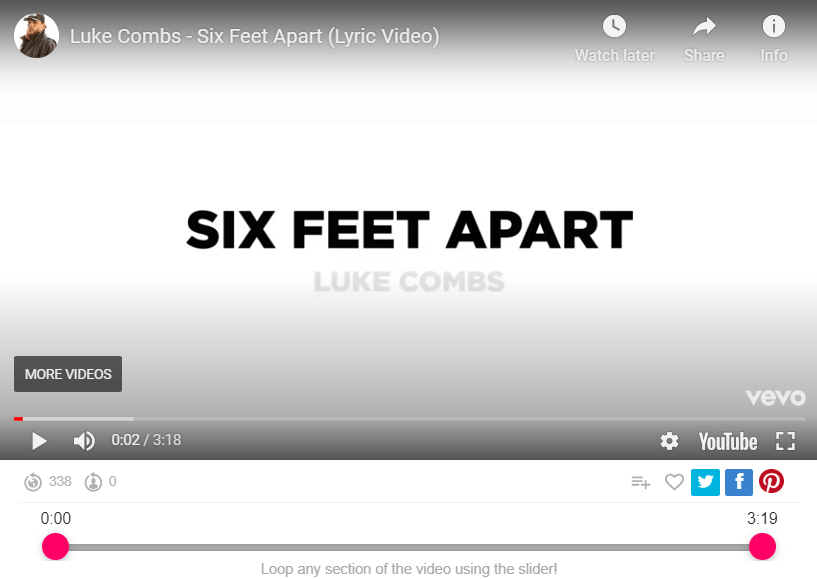 What started two weeks ago as a performance from isolation has become quite a phenomenon. Luke Combs commands a strong following in the country-pop world, but even he doesn’t always rack up 3 million views in the first two weeks, especially not from a home-recording.

Yet these are strange times, and the fully-mastered, final version of “Six Feet Apart” fits well within the context that gave birth to it. The notion of being ‘six-feet under’ is known to all, but ‘six-feet apart’ … that is a new expression that pertains to the way we have been forced to live these last few weeks.

If it wasn’t clear to everyone the lyric video has hammered home the song’s message in bold writing: “But the news has all been bad, and the whole world seems so sad … I ain’t had much else going on, so I sat down and wrote this song.” Combs proceeds to list the things he is missing in this period of confinement, from his mom to his band.

The difference between the home performance and this lyric video is that the words themselves are not particularly impressive in “Six Feet Apart.” As always, it is Comb’s voice that takes them to another place, and his whole demeanor in the performance he shared adds to the song’s effect. Though the lyric video is found lacking, by contrast, his tone saves the day, just as we have come to expect.

On his Twitter, Combs revealed the track’s journey: “When I posted this video of “Six Feet Apart,” I had no idea it would take off the way it did. But thanks to y’all, it did, then I saw all of the tweets about wanting me to record it, so I did just that & it is now available everywhere you listen to music.”

He looks forward to better times, and it is very effective.