Today’s VR gives us a glimpse of what the future has in store for the gaming industry. According to recent statistics, the number of VR users worldwide is 171 million.

Furthermore, the demand for standalone VR devices is expected to grow over 16 times by 2022. Again, 70% of those who own VR headsets have acquired a game on it.

A good thing about VR gaming is that you have the liberty to choose the device you would like to use for the experience.

You can enjoy this breathtaking experience either through desktop PCs or mobile handsets. If you genuinely want a high-end VR experience, then you will require a VR headset connected to a powerful PC. Sure, gaming headsets work just fine too but the ultimate experience of attention to detail and VR will take you in an adventure out of this world.

The likes of Oculus Quest 2 and Rift S should be your best bet. If you plan to engage in a room-scale VR, you’ll require some extensive space. This way, you attain the best experience from high-quality headsets.

What is Room-Scale VR?

With room-scale VR, you get to a top-notch level of VR. It allows users to move around with freedom and enjoy immersive experiences.

Immersive experiences are formulated through real-time tracking movements of both the controllers and the headset.

As a result, users can move around naturally, interacting with virtual objects in their environment.

Room-scale support is essential. Without it, the VR experience feels odd because of the movement limitations.

Now, let’s look further at what each of these two major field players; Oculus Quest 2 and Rift S are doing to entertain VR enthusiasts.

Oculus Quest 2: Why It is Termed as the High-Quality Overall VR Headset 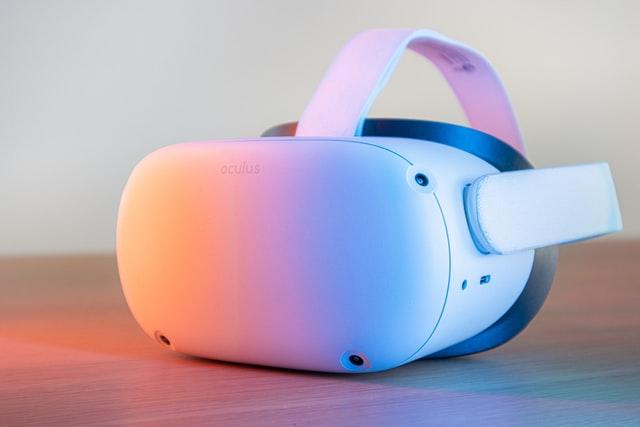 Oculus Quest 2 offers you a whole world of difference. With it, you don’t have to struggle to fiddle around with smartphones. You also don’t have to invest big in a gaming PC to experience high-quality VR.

Instead, you only need to set up the all-in-one VR experience. This way, you get to enjoy spectacular VR without the worry of running out of smartphone battery charge. You also won’t need to have cables around.

The Oculus Quest 2 delivers the best VR capacity you can ever have. This is because of its:

Even though it’s not the cheapest VR headset around, you attain value for money. You get to enjoy the long-term service of an all-in-one system. The system also offers you room-scale VR across a wide range of games and apps.

Its light gray design marked by a black face strap and a foursome camera sensor makes it appear appealing yet straightforward. The VR package is heightened further by enhanced audio and overall specs.

Other remarkable features that make Oculus Quest 2 a high-quality VR headset include:

Extraordinary Features that Oculus Quest 2 Has in Store For Gamers

When you select the best Oculus Quest 2 games, you’re guaranteed a breathtaking experience.

Some of these games include:

These best VR games take advantage of the new features to improve games on the original Quest.

Overall, Quest 2 has made some remarkable feature improvements over Quest 1. This should contribute to some pleasant game improvements.

The experience will make you visit the Oculus store for more; why? Presently, Quest 2 has some notable upgrades in terms of features like the processor and display resolution.

The headset’s resolution is 1832 x 1920 per eye. This is approximately 50% more pixels in the headset’s screen compared to the original Quest 1. The original one had individual 1440 x 1600 OLED panels.

The Quest 2 reviews show how this high-quality VR headset offers better clarity than the older version. The best thing is that all the best Oculus Quest 2 games are enhanced for the new display.

The headset’s sparse, smartly-positioned button and port layout enhances its seamless design. On the headset’s right side, and a volume rocker on the right bottom side. It also has a USB-C port and a headphone jack on the left for audio charging purposes.

You can also adjust the spacing of the Quest 2’s lenses. It has three different views, hence excluding the need for the switch that was found at the bottom of the original Quest.

Oculus Rift S: Why It is Termed as the High-Quality VR Headset for PC 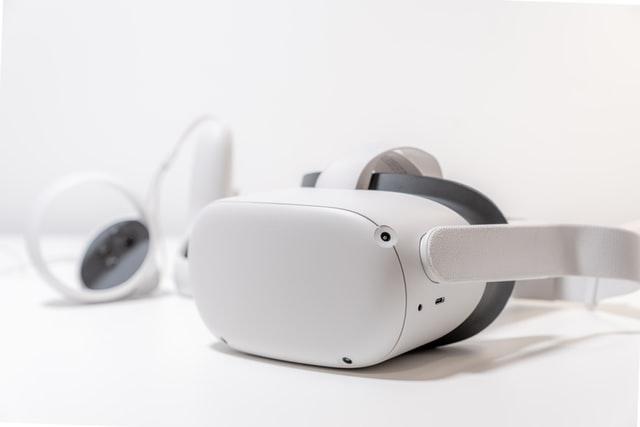 The old Oculus Rift was termed as one of the best VR headsets used to connect to a PC and have users enjoy immersive gaming.

So, the Oculus Rift S came as an improved version of the initial one to enhance experiences further. If you value sleek headsets, then Oculus Rift S is much more elegant than it was before.

It now operates at a resolution display of 2560 x 1440, with a fast refresh rate of 80Hz. Best of all, its much lighter weight makes it fit for you to enjoy extended sessions of VR gaming on your PC. So, whether you’re seated at your couch or desk or anywhere else, you get to enjoy VR for hours.

Besides, its speakers, which are incorporated in the headband, give it a neat feature. Best of all, you get to avoid using the onboard headphones found on the original Oculus Rift. Again, the audio effects are pretty impressive.

As with the Oculus Quest 2, the Oculus Rift S offers you room-scale VR without using external sensors around the place. This is made possible by Oculus Insight tracking tech.

Most importantly, Oculus Rift S offers you an impressive lineup of games available on the Oculus Store.

Some of the noteworthy highlights include:

Overall, the Oculus Rift S is awarded the best VR headset for a PC-based system. In terms of design, the all-black headset now features a Lenovo symbol on the side. The company played a significant role in enhancing Oculus Rift’s design.

It helped Oculus improve the device’s comfortability and weight distribution. The most evident upgrade is the set of lenses upfront. These lenses enable the headset’s most significant new feature- Passthrough. So, what’s all about this new feature?

Well, Passthrough enables you to see your real-life surroundings with the headset on. This way, you can draw a preferred play area for purposes of room-scale VR experiences.

Furthermore, the feature allows you to give your eyes some break from all the virtual activities.

As mentioned earlier, the Oculus Rift S contains Oculus’ Insight technology. It enables you to enjoy room-scale VR without the need to set up any external sensors.

So, the modern Rift sports’ five onboard sensor feature makes the integrated tracking setup as accurate as possible.

What Are the Impressive Features that Stand Out for Oculus Rift S? 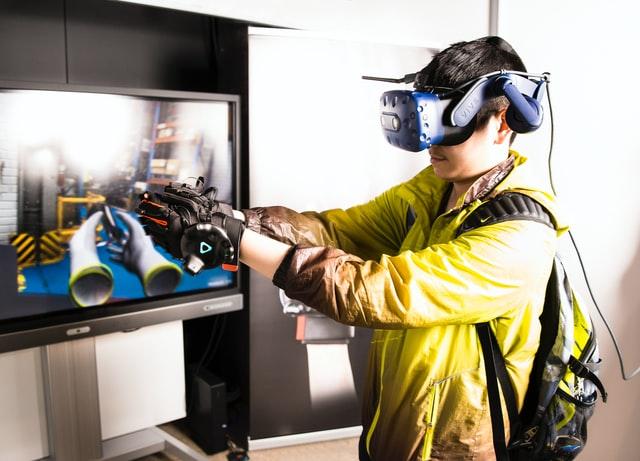 The long-term users of a VR Headset know the importance of ergonomics to the overall gaming experience. The Rift S is found to be one of the most comfortable headsets.

This is because some of the new design options added by Lenovo make it the comfiest VR headset so far. Some people even say that the Rift headsets are very comfortable for eyeglasses wearers.

The Halo headband added to the Oculus Rift S was borrowed from the initial Lenovo headsets. This is one of the significant factors in the device’s ergonomic improvement.

The Halo headband does an excellent job of fitting the headset to your head. It goes further to support the device’s weight, hence less work for you.

Furthermore, a single-cable system does the headset’s tightening and loosening work for you. Most importantly, it’s a more secure design.

From the look of things, the future looks brighter for VR enthusiasts.

As much as the Oculus Quest used to be a famous name in VR, now the competition is growing. The Rift S headset comes in as a high-quality player in a fast-paced game.

It’s true that the Quest 2 is trying its best to maintain high quality. Still, the likes of Rift S come in as key competitors in the field.

With the continuous upgrade in device features, VR fanatics looking to enjoy activities like gaming, and watching music videos must be thrilled. They should be set for more immersive VR experiences in the coming days.