Ever since the Smartphone arrived, life has been so much easier. There were times when we had to get a computer to send an email or access the internet. The world changed so fast and now we can perform even large operations from just a Smartphone.

Smartphones are arriving at more and more affordable prices every year and there have never been more choices. Getting a decent Smartphone within budget is still a dream for most of the people. However, you don’t have to spend a thousand bucks to get a Smartphone with features that fulfill your needs. There are tons of Smartphones under $500 that will provide you performance as any top-end mobile. In addition, many new Smartphones were launched until 2022 from different brands including Samsung, Xiaomi, Realme, Motorola, Huawei, and many more. 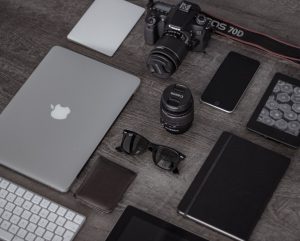 While buying a Smartphone, you might want to look into some basic features just like laptops including Processor, Storage, and RAM. We have curated the best Smartphones under $500 in the list below. These individual phones are ranked according to their performance and features. 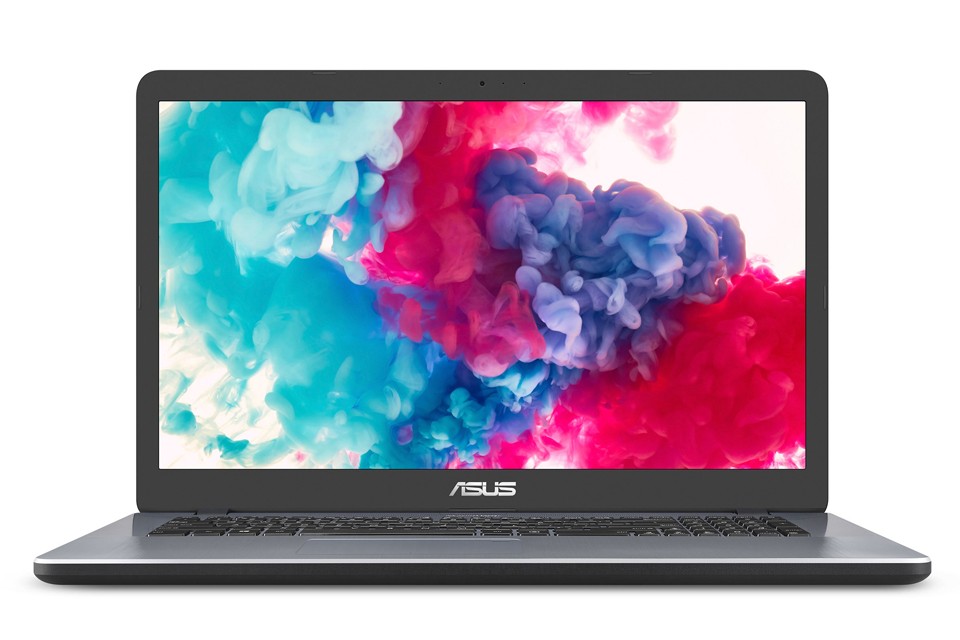 Announced in April 2020 Apple iPhone SE is one of the most affordable iPhone with a price tag of just $400. Apple released its latest budget phone with few upgrades in its previous version including wireless charging, water resistance, and a better camera. It is equipped with an Apple A13 Bionic Hexa-core processor (used in iPhone 11) and 4-core Apple GPU. The phone technically is an upgrade to iPhone 8 which now supports portrait mode and portrait lightning which was unavailable on its previous version. It weighs 148gm with a thickness of 7.3mm. A range of sensors is also available including fingerprint, proximity, accelerometer, gyro, compass, and voice assistant Siri.

The iPhone SE 2020 is the best option for iPhone lovers who are tight on budget. 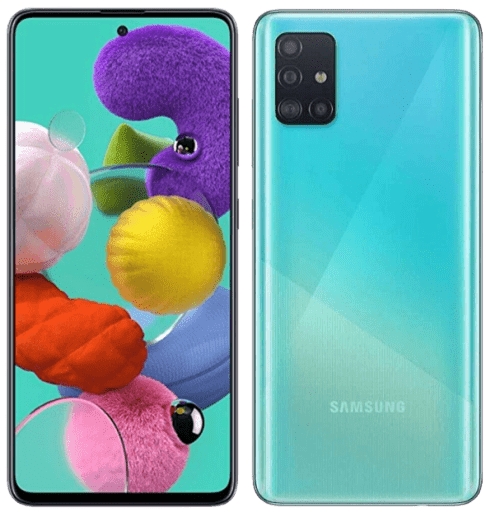 Samsung holds the #1 position with 20% (2020 Q1) of the global Smartphone market share. Samsung is supporting its A-series models with its latest release of Galaxy A51 in December 2019. The Galaxy A51 is a flagship Smartphone equipped with powerful Exynos 9611 Octa-core processor and Mali-G72 MP3 GPU. This is also one of the first Samsung phones that feature a macro camera & infinity-O display. Apart from these upgrades, other features are the same as its predecessors including AMOLED display, built technology, and sensors. The phone weighs 172gm with 7.9mm thickness & is available in different storage and RAM variants.

The Samsung SmartPhones are known for their reliability and compatibility although performance is comparatively seen to be slower. 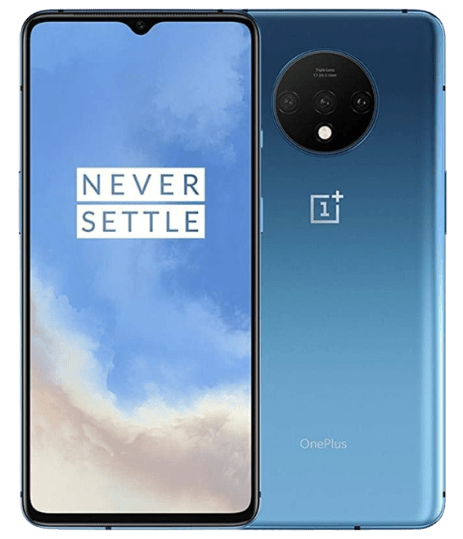 The One Plus 7T is an amazing budget flagship with a 90Hz refresh rate screen. The 7T has been refined and improved more than the last version of the phone including a better camera, fast charging, and various other minor improvements. The 7T offers a smooth UI experience and performance boost with its latest Qualcomm Snapdragon 855+ processor. The phone includes all features of OxygenOS and Android 10. It weighs 190gm with a thickness of 8.1mm and is available in different storage and RAM variants. Although there is no card slot, the 256GB of storage is enough for all your photos and videos.

There are a range of sensors including fingerprint (under display), accelerometer, proximity, gyro, and compass. The 7T is undoubtedly one of the best smartphones under $500 offering high-performance with features. 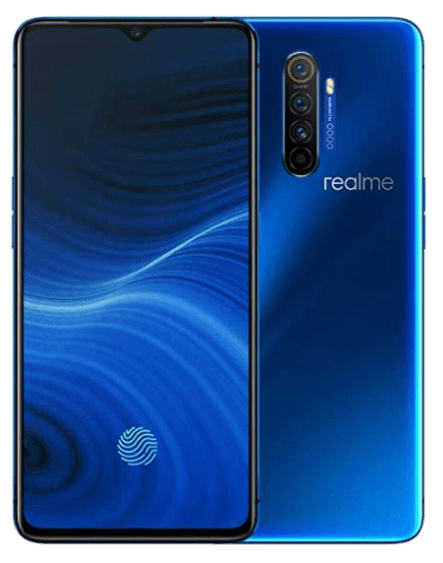 The Real X2 Pro and One Plus 7T have the same popularity while X2 Pro is cheaper and 7T has better performance.  Equipped with the latest Qualcomm Snapdragon 855+ processor, it is one of the best value for money Smartphones. It offers a 6.5-inch 90Hz Super AMOLED FHD display and a quadruplet of a camera on the back. Realme phones are known for their powerful hardware. The X2 Pro is built with gorilla glass 5 in both front and back and weights 199gm with 8.7mm thickness.

Realme X2 Pro is also one of the first phones to introduce a 64MP camera. It is also equipped with various sensors including fingerprint (under display), gyro, proximity, accelerometer, and compass. It has 4000mAh Li-Po battery which supports 50W fast charging & is supposed to charge 0% to 100% within just 35 minutes. 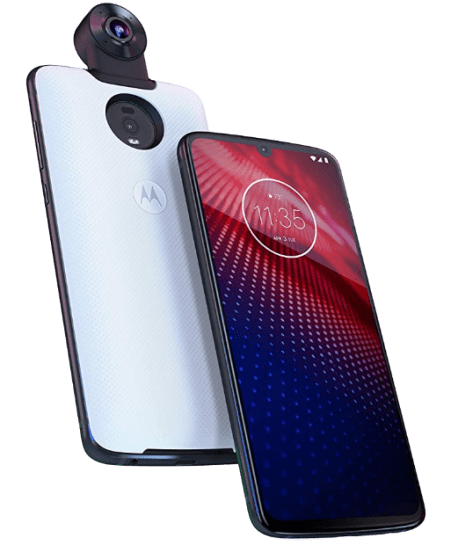 Released in June 2019, Motorola Moto Z4 is a 5G capable top Moto phone. Although the design looks identical to its predecessors, a few improvements including size and shape, 3.4mm headphone jack and an in-screen fingerprint scanner are additional. On release, the phone was nearly $500 but it became one of the best values for money Smartphones when the price dropped to $399. The Moto Z4 is equipped with a Qualcomm Snapdragon 675 Octa-core processor and Adreno 612 graphics card which is suitable for decent gaming performance. The Z4 weighs 165gm with 7.4mm thickness and supports Android 10. The phone is a handful and really light in comparison to other Smartphones in this range.

The camera quality in Motorola phones had never been an issue. The Z4 is equipped with a 48MP primary camera that is capable of capturing 4k videos at 30 fps. The 25MP front camera can capture videos easily at 1080p. The sensors include fingerprint (under display), accelerometer, gyro, proximity, and compass. It has a massive 3600 mAh 15-watt fast-charging battery which is great for a phone which weighs just 165gms. 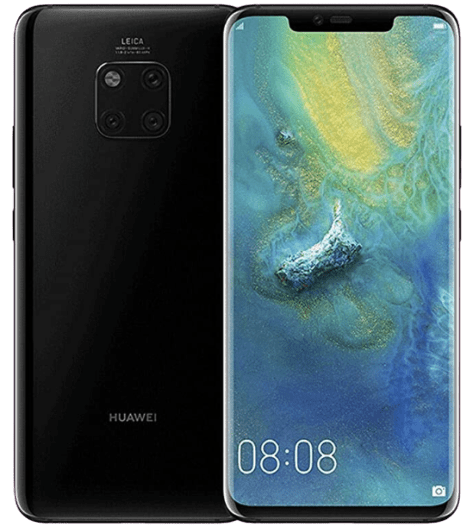 Huawei Mate 20 Pro is one of the most gorgeous Smartphones with curved edge display. It supports 2k+ (3120×1440) display resolution capable of delivering next-level experience. Its curved screen gives it a classy look and you can help but stare. The Mate 20 Pro is equipped with Kirin 980 Octa-core processor with Mali-G76 GPU. Although it was released in late 2018, the Mate 20 Pro is still one of the most competitive phones in this range. The phone supports a nano memory card slot which is seen to be unavailable in most of the phones nowadays.

The Mate 20 Pro weighs 189gm with 8.6mm thickness and the triplet cameras in a rectangular box are eye-caching. However, there is no 3.5mm headphone jack and you might have to get yourself a wireless headphone. In addition, the phone has a huge 4200mAh battery which supports a 40-watt fast charge capable of charging your phone from 0 to 70% within just 30 minutes. A range of sensors is also available including fingerprint (under display), accelerometer, gyro, proximity, barometer, and compass.

There are many mid-range Smartphones in the market and it can be confusing which one to buy. The better processor, Memory, and display make a great phone. No doubt new phones will arrive in the coming years but currently, the above mentioned are a few of the best Smartphones under $500 you can own.