I remember watching TV Shows on a pre-scheduled time and have to wait for commercials to be over. The DVDs Feels like ages ago. The TV changed so fast and now we prefer online mediums over traditional networks. The competition is huge among the studios. While networks like Netflix, Amazon Prime Video and YouTube TV are the dominators offering paid subscriptions, people still seek free online streaming services. Many networks like Popcornflix & Tubi TV offer free streaming and you can enjoy most of the videos at no cost.

Netflix is the leader among all video streaming services. In the US, it owns around 80% of streaming video on demand (SVOD). The Amazon prime & Hulu come in 2nd and 3rd. While most of the users are signed up to Netflix, the competition among the streaming services is getting higher and there have never been more choices.

On the other hand, music streaming services are getting popular. Remember listening to music on a radio device? Not so long ago, is it? Now we like to move with the trend & shift ourselves to more convenient and better alternatives. Online streaming services provider like Spotify, Amazon Music & Google Play Music now owns around 70% of the total global On-demand streaming of Music.

Although there are many online streaming services, it can be expensive to make the right decision. The crowd is getting bigger and you must think critically of what you want & what’s within your budget. If Game of Thrones is what you desire, subscribing Netflix would be a waste of money as it’s hosted by HBO. Disney Plus now hosts star wars and marvel movies and so on. Below are the best online streaming services to watch while staying at home:

Netflix is the dominator of the online streaming market. Netflix has the largest collection of movies & TV shows including originals making it one of the best video streaming services. Despite the subscription plan cost a little high and needs high-speed internet, no other streaming services come nowhere near it. The subscription plan costs of Netflix are $8.99 per month for the basic package which is just above Hulu’s $5.99 & Disney Plus’s $6.99 per month. The HD plan of Netflix starts at $13 & 4k premium package unlocks at $16 per month. Some of the most popular TV shows on Netflix are Stranger Things, Breaking Bad, and American Vandal, etc.

YouTube, the user-generated video-blogging site has been one of the biggest internet revolutions. Users can upload any of their weird videos at the worst quality and still manage to reach people. It has placed the broadcasting power right in our hands which we can watch anytime at our convenience. Besides user uploads, YouTube also provides YouTube TV for quality content and a wide range of 60 channels with DVR functionality. Besides its high cost at $40/month, we have access to a lot of content, so it’s a fair deal. Mind Field & BTS: Burn The Stage is two of the most popular shows on YouTube TV.

Subscribing to Disney Plus comes with a family package. You can enjoy all your shows on Disney Plus alongside your family members without any hesitation. It offers a specific large selection of high-quality contents including animated movies, Star Wars movies, Marvel, Pixar, etc. The price is competitive at $69.99 a year and $6.99 a month. Regardless of Netflix’s comprehensiveness, Disney Plus serves a specific category making it one of the best streaming services for all ages.

Hulu is one of the most liked streaming video service when it comes to classic shows & live TV across different platforms. Hulu services offer two categories: one is on-demand streaming services is another is live TV. It airs many big titles including The Simpsons & Saturday Night Live along with different other titles from FOX, Comedy Central & NBC. It offers competitive pricing with a monthly subscription at just $5.99. Regardless of its few ads, it’s fair when you are getting so much of selection

Amazon Prime Video comes side by side with Netflix when it comes to original series. Amazon Prime Video has some impressive functionality like 4K streaming, downloading content and offline watch. It also lets you rent or buy movies & TV shows.  The subscription to Amazon prime is around $10.99/Month and supports different platforms PC, Mac, iPad, Xbox, and PS4, etc.

The Amazon streaming service is available in more than 200 countries putting it in direct competition with Netflix. Tom Clancy’s Jack Ryan & Sneaky Pete are two of the most liked series on Amazon Prime Video.

Launched on April 6, 2020, Quibi is a new short-form mobile video streaming app that focuses on short TV shows within a length of 10 minutes or less. Quibi is designed for watching videos on the phone and has officially launched on iPhone and Android. Quibi, just like Netflix and Hulu provides original content that is streamed in chapters. Even a movie is presented in chapters and their episodes are always less than 10 minutes. The content is formatted to make suitable for a phone in both landscape and portrait mode. The subscription plan for Quibi is cheaper as compared to global market leaders with just a $4.99 a month (with ads) & $7.99 a month (without ads) with a 90 days free trial.

There are many other online streaming services like HBO, Sling TV, Fubo TV, etc. that didn’t make the list. HBO is also famous for streaming the most popular TV show of all time “Game of Thrones”. Hotstar is the major streaming service in India covering almost 90% Indian market. All these streaming channels have their own audience & own popular shows. It’s for you to decide what is it you want. 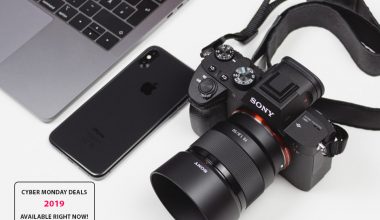 Read More
TTechnology
The fall is finally here in all its glory. After all, we’re bracing up for three big… 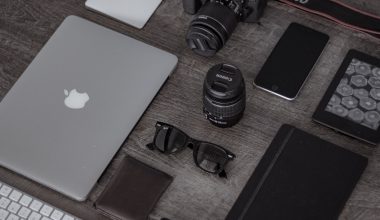 Read More
TTechnology
Black Friday, the biggest shopping frenzy of the year, is just two weeks away. Judging from the massive… 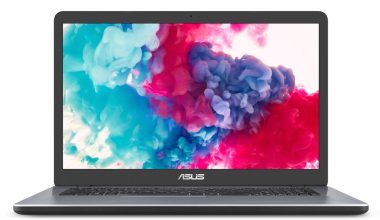