Turn up the volume, close your eyes, and let the music take over your soul. Lady Gaga and Ariana Grande are dancing their pain away with a chromatic single”Rain On Me” setting the musical world on fire and Nick Jonas performed “Until We Meet Again” in the voice finale 2020. Here are the exclusive reviews of those latest releases from last week. Enjoy the reading!!! 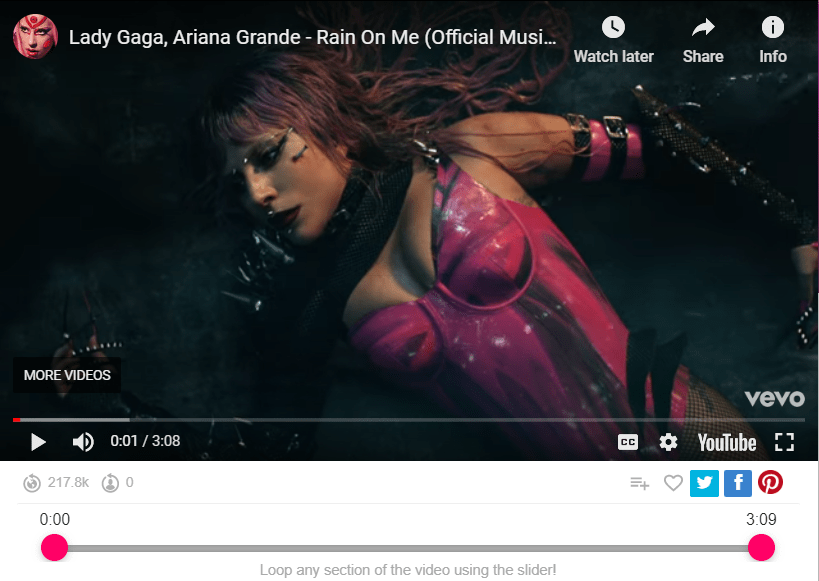 Two giants of the pop industry have teamed up on a new track: “Rain On Me.” What’s more, it just so happens that they are two of the biggest characters with the boldest styles, which guarantees the video to be an interesting watch. Whereas similar collaborations, like Beyoncé and Shakira’s “Beautiful Liar,” traded on both singer’s sass and sensual sides, this one leans more towards the dramatic and quirky territory. Gaga brings an almost operatic drama to her performance, while Grande demonstrates her usual ‘underestimate me at your peril’ demeanor, whereby sweetness does battle with sharpness.

Lady Gaga and Ariana Grande are both at the top of their game right now. Their respective projects in the last couple of years – Gaga’s role in A Star Is Born and Ariana’s “Thank U, Next” album – have become massive cultural touchstones. What a moment for a collaboration, therefore, when their combined pulling power has perhaps never been greater.

In “Rain On Me,” which is set in a kind of futuristic gladiatorial arena, a deluge constantly falls while the artists engage in tightly choreographed sequences with troops of dancers behind them. We also hear Gaga adopting a low, robotic voice to combine with Grande’s high notes for the lyrics “Rain on me.” It is this kind of feature that adds quirk to the performance, not to mention a bizarre, yet effective, chorus move that sees them all bouncing on the spot in unison, arms fixed tightly to their sides.

It would be an understatement to say that the track is doing well. Right now it is hitting about 20 million views per day since its release on Friday. It draws its power through the emotional connection of the two artists, both of whom have experienced tough times yet come out the other side. The rain symbolizes difficult moments, and their attitude is an expression of strength in the face of adversity.

Nick Jonas Performs “Until We Meet Again” – The Voice Finale 2020 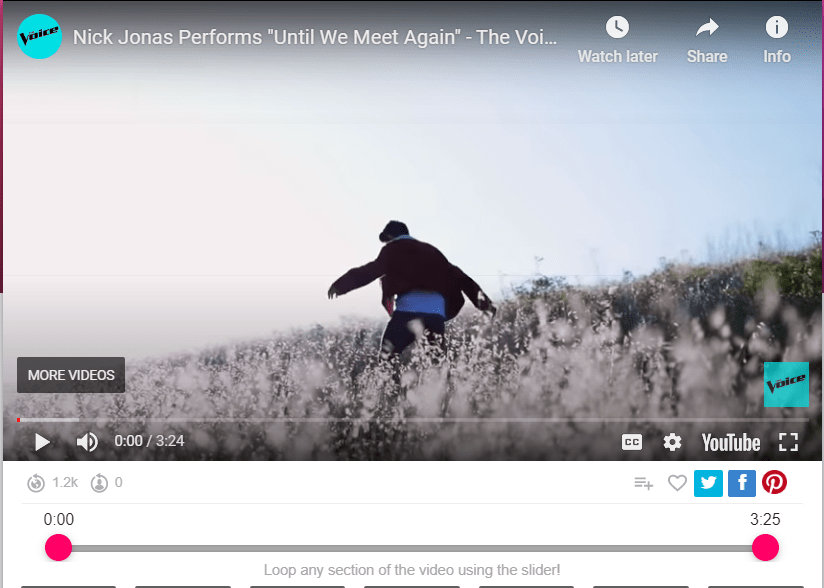 NBC’s The Voice follows the strongest vocalists from across America and invites them to compete in a “blockbuster” vocal competition. We are all familiar with the spinning chairs, the tension, the joy of society’s hidden singing gems finally getting recognition… but it seems that this year the judges own performances are getting more attention than the candidates. One of them is Nick Jonas, a famous brother and pop star since his teenage years. His contribution to the show is a song called “Until We Meet Again,” and it is doing the rounds on social media.

In a music video that stays clear of the glitz, the glam and the good-natured mayhem of many Jonas Brothers productions, we see Nick performing with buckets of sincerity – eyebrows furrowed and hands gestures aplenty. His wife, the Indian actress Priyanka Chopra, was the one behind the camera as it turns out (Nick flips the frame round at the end to reveal her, in what is another instance of the Jonas Brothers incorporating their wives in their videos). For the visuals, she shoots a natural scene, picturing Nick amongst wildflowers in a field, backlit by sunshine.

“Until We Meet Again” is a song that deals with love, distance, and the yearning that grows as a result of the separation. The video is intercut with images of doctors and nurses in hospitals, some of them with marks on their faces from having worn masks for so long. Whether Nick’s lyrics are directly related to the current situation, there are certainly a lot of binary meanings going on, and his account of love’s ups and downs fits well in the context of self-isolation. Vocally, he shows off an effortless higher register along with plenty of licks that add flourish to the melody. 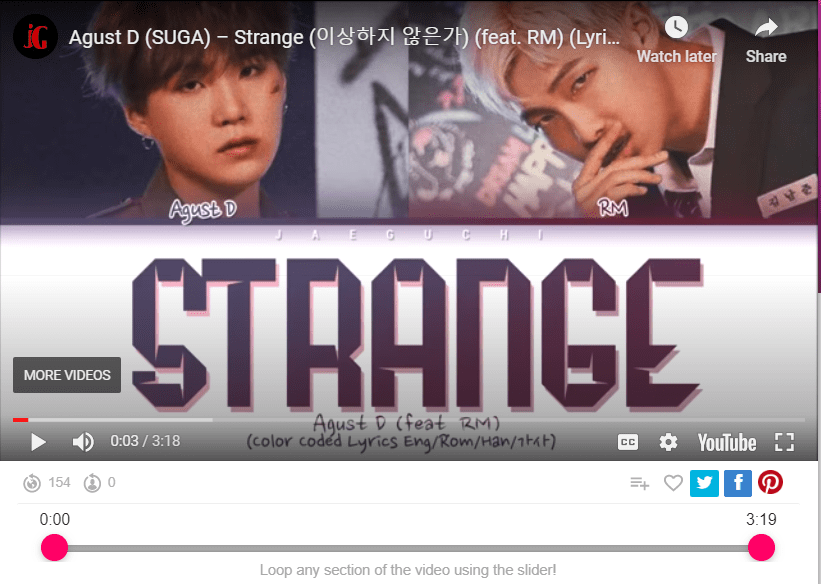 Right at the top of iTunes K-pop download charts right now is a song called “Strange” by Agust D, also known as Suga, Min Yoon-gi (민윤기). He is a rapper, singer, dancer, and performer, who is known for being a key member of BTS as well as an artist signed to the unstoppable Big Hit Entertainment group. It was in 2016 that he first broke away from the group and began a solo career in tandem with his BTS commitments. But rather than just releasing music through the channels already prepared for him, he decided to go it alone by releasing a mixtape on Soundcloud for all to listen to. It turned out to be a smart move, and he felt free from the “framework” of big pop and the restrictions that it brought with it.

For this track, he has teamed up with RM (formerly known as Rap Monster), who is another member of the group BTS, where he acts as a leader and a rapper. Together, they have created a dark and surly track that conjures an atmosphere of betrayal and struggle.

As is often the case with K-pop tracks, the lyrics have been translated into multiple languages to ensure connection to the many markets around the world where the genre has a foothold. This time we see the standard Korean and English, but interestingly different alphabet conversions have been used as well – Hangul (Korean alphabet) and Romanized, meaning Korean sounds translated into English letter systems, so that fans are able to make the right sounds and sing along. It really is a different level of fan engagement and maybe something to do with the strong karaoke culture in the country. 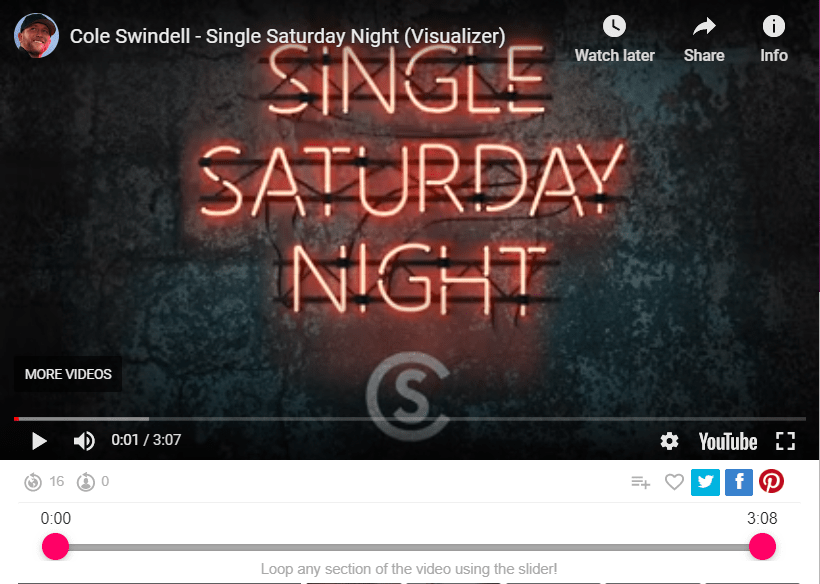 If you don’t already know who Cole Swindell is, you are sure to soon. Truth is, the guy has been a staple of the country music scene for many years, with much of his best work happening behind the scenes. A seriously talented songwriter, he has written tracks for Craig Campbell, Thomas Rhett, Luke Bryan, and the Florida Georgia Line.

But his name hasn’t been up in lights like it is now. Indeed, his solo career has been a slow burn with three albums on Warner Bros. doing well, cooking his reputation into a small fire. The consensus has been: those who know, know. However, all that might be about to change with his latest track, “Single Saturday Night.”

The image for the visualizer version of the song features the words Single Saturday Night in neon lighting. It flickers every now and then, evoking the late-night bar scene that he sings about. The lyrics speak of a night out with the boys, where shots are taken, cans are crushed and fun is had by all.

But there is a twist in the tail, and it comes at exactly the time where guitars get louder and the drums kick in. After all, most ‘boy’s nights’ never end up being about the boys, anyway, with the latent desire to find a partner becoming obvious once a few beers have slipped down.

Out of the corner of his eye, Swindell describes seeing a woman in the corner. They connect, and by the next day, they are holding hands. With a golden tone that contains just enough bite to make the singing interesting, he talks about how that fateful night turned out to be his very last “Single Saturday Night.”

Comments sections are full of listeners relating to the words, as well as lamenting the fact that nights like this are not possible right now. It’s a win for Cole Swindell and another reason why he should never have been behind the scenes in the first place. 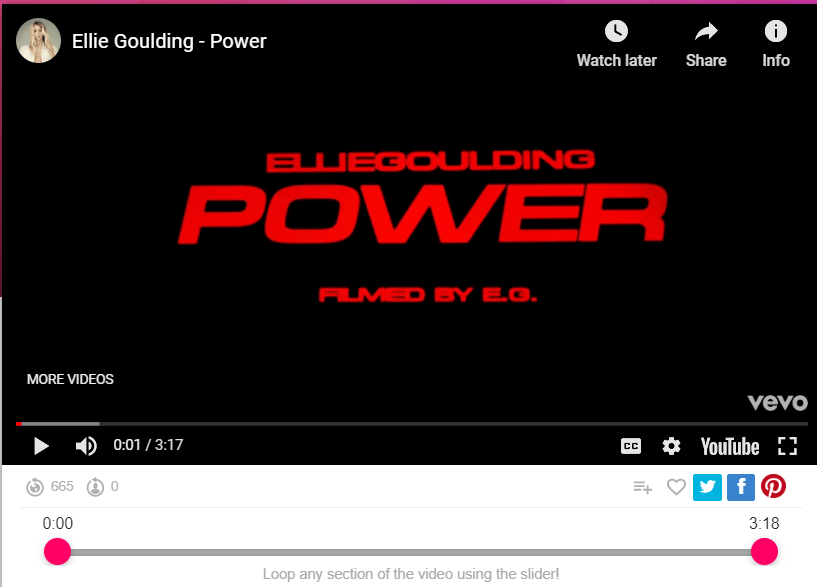 Ellie Goulding’s voice is her main selling point. Though this is clearly normal for a singer, her tone is unusual enough to have set her apart. Without prove, there is a feeling that she emerged from a landscape where folk and pop were merging with the likes of Mumford and Sons exploding in the UK. There were acts that shared her vocal quirks before, like Dido and Duffy, but Goulding’s breakthrough happened in 2009, exactly the time that Mumford and Sons released their smash-hit crossover Sigh No More. Her debut release, “Lights” matched her folk-inflected voice with a pounding, electric rhythm section, and thus, a new sound was cemented.

Now, with “Power,” she is building up to her first album release since 2015’s Delirium. This time, she is moving into the trap and hip-hop related beats, with a healthy dose of pop sensibility (of course), which gives her voice an even more edgy under-bed to work with. In the lyrics she speaks of a relationship, unpacking all of the toxic elements that mean it could be on the brink of collapse.

In a nightclub setting, the speaker of the song wonders where it all went wrong. According to Goulding, “Power” reflects an indulgence in superficial love. However, she has also described it as an expression of her own sexuality, and of how she embraces it. It is easy to become disillusioned with traditional ideas of romance in the social media age and the song works in the spaces between our conceptions of intimacy, and what that really means in today’s world. With a chorus that immediately intrigues the listener, “Power” looks to be a return to form for the English singer, after a string of singles that haven’t quite captured attention.