It’s 106 miles to Chicago, we got a full tank of gas, half a pack of cigarettes, it’s dark and we’re wearing sunglasses. They hit the music on as Jake and Blues in “The Blue Brothers (1980)” make their way. The movies, TV shows, and radios seem to be incomplete without good music. Long road and old country music on the car radio gives chills nothing else can.

Here are the latest music reviews from the past week on ListenOnRepeat. Enjoy Reading! 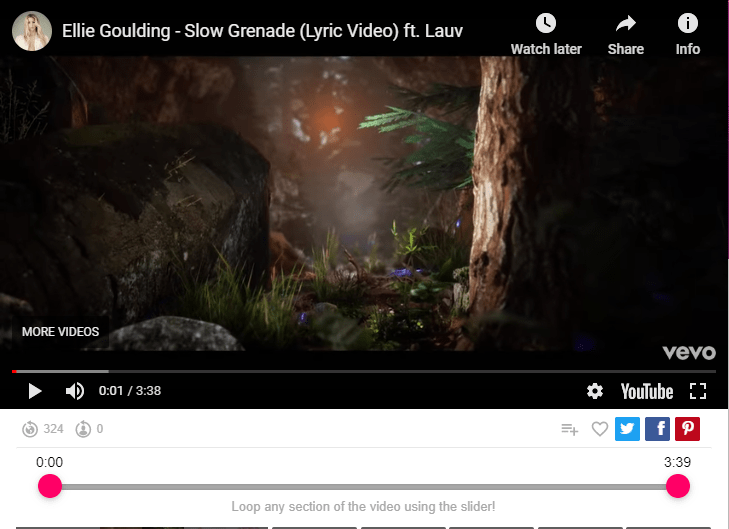 Ellie Goulding has been creeping back into people’s playlists after a long hiatus with her recent slew of new music. A running theme is that she has taken her style even further into electronic realms, with the beats too pronounced for a run of the mill pop music. Yet, with “Slow Grenade,” it seems that she has allowed a harking back to her original sound, one that grew out of a pop/ folk milieu before electronic elements took over. The song, for example, is built on an acoustic guitar riff, which suits Goulding’s voice down to the ground, before synths and beats take us someplace new.

For this lyric video, we are taking on a slow-moving ride through an enchanted forest. Deep greens, purples, and browns create depth, whilst flickering lights signal that magic lies behind each corner. Goulding’s lyrics speak of a doomed relationship, the kind that she often finds herself in, and that threatens to blow up all her mistakes at any moment. Goulding ponders whether there is something she relishes, and secretly desires, in the imminent fallout, and puts her behavior down to a hidden personality trait.

If madness is defined by doing the same thing over and over and expecting a different outcome, then Goulding is in trouble. Yet there is an acknowledgment of her faults in the lyrics that make the song an expression of the tension she feels, rather than an SOS call. Partnering with Lauv, the L.A. singer, she has delivered a neat track, whose impact gets a little lost in the overblown production, particularly on the chorus. As the camera continues moving through the forest, small explosions happen here and there, signaling that the relationship hasn’t got long left. 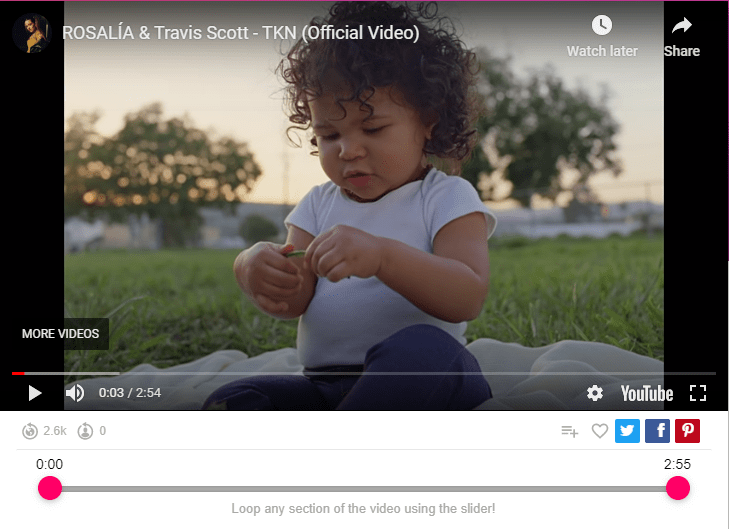 ROSALÍA is the artist said to be the great tradition of flamenco music into the modern world. For a number of years now, she has been at the forefront of creative Spanish pop, and she has been super successful to boot. The tone of her voice, which strays into folk techniques on top of electronic beats, has captured the attention of the international music media. The best thing about it? She is keeping traditions alive while receiving both critical AND popular acclaim. For this one, she has teamed up with Travis Scott, the American rapper, producer, and singer from Houston Texas.

Together they have worked up a buzz on “TKN,” a song with a jagged, danceable beat that features a tonal shift every few seconds. It goes to show: pop music doesn’t have to be simple, and Latin music has been at the forefront of getting people dancing as well as thinking for a number of years now, all the while gaining territory against an American pop industry that has sometimes felt a little stale. Both ROSALÍA’s voice and Travis Scott’s merge perfectly on this track, and the two fanbases have been given the opportunity to connect with something new in both cases.

Themes cover motherhood, business, and omerta – mafia talk for vowing to stick to your guns. Official visuals are snappy and attention-grabbing, with one scene featuring a group of kids body-popping together before ROSALÍA hugs them, a lioness look in her stare. There is less flamenco inflection and soft R&B compared to some of her other popular releases, but here she shows that swagger comes in many forms. Travis Scott is a worthy partner for a singer that always provides something fresh to listen to each time you click on her name. 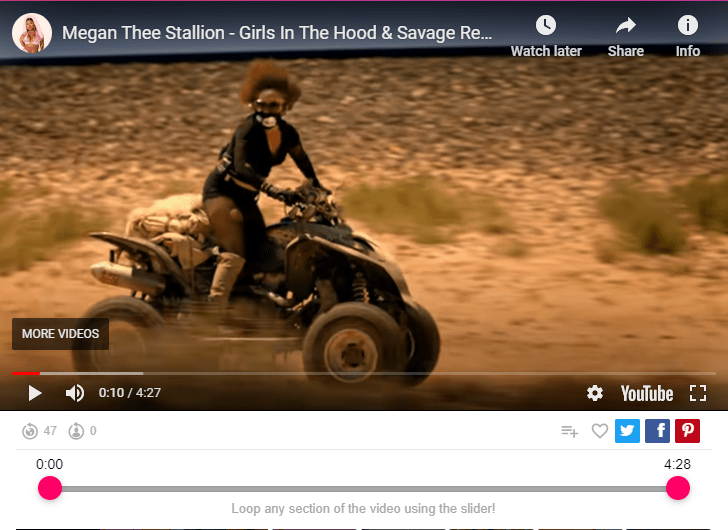 Megan Thee Stallion reached international audiences recently with a video that went viral. In said clip, she sat opposite an Australian classical composer and tried to explain the meanings of her lyrics. In a conversation that drew humor from an over-baked culture clash set up, she went through the various slang terms that she uses, some known far and wide in rap circles, and some native to Houston, where she hails from. One of these concerned her name – ‘stallion’ – which is a way of referring to a woman of certain body shape, a ‘tall fine girl from the Southern States.’

Since that video, her music and persona have been readily consumed by fans far beyond the American hip-hop and rap market. A performance at the BET awards demonstrates as such. After only a week, the video of her show has garnered the same amount of views as her follower count, and she is only going up from here. At the ceremony, she won the Viewer’s Choice award for “Hot Girl Summer,” a song featuring another queen of the scene Nicki Minaj, and Female Hip-Hop Artist of the Year, showing that she sits at the top of culture with fierce competition on all sides.

Whether viewers were already die-hard fans or not, there is no denying the visual excellence of “Girls In The Hood,” an opening that sees Megan performing in a Mad Max-style desert setting. Then we move into a remix of “Savage,” the song that went viral on Tik Tok, catapulting Megan to even greater heights earlier this year. Both sections are unfailingly attention-grabbing and the show has won plaudits far and wide. Megan Thee Stallion loses none of her bites when stations censor her less savory words, either. Family entertainment? Not quite, but it’s accessible nonetheless. 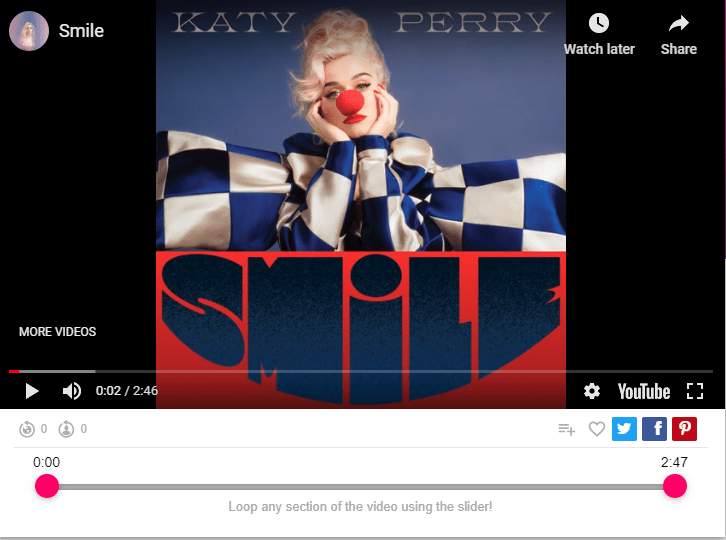 “Smile baby. U don’t deserve the world’s Hate” is the top comment on “Smile,” a brand new track from Katy Perry to be released as the title song from her 5th studio album (out on August 14th). This serves as the light at the end of the tunnel for Perry, who feels that she has been having to overcome more than her fair share of hardship over the last few years. It comes at a time when Perry has just announced her engagement with her husband Orlando Bloom and her pregnancy. She certainly has a lot to smile about right now and this song is a testament to that.

“Smile” is comprised of an upbeat, dance-driven groove that exudes positive vibes from the very start. In the lyrics, she sets out a scene that describes various setbacks, and how they reminded her of “Groundhog Day” and made her realize how “going through motions felt so fake.” All that is a thing of the past, however, as Perry has come out of the other side: “Now you see me shining from a mile/Finally got back that smile.” All in all the verdict comes across like this: she isn’t unscathed, but she has emerged stronger than ever before nonetheless.

On Instagram Perry laid out her thinking behind the track for her fans: “I wrote the title track from the album when I was coming through one of the darkest periods of my life and had lost my smile.” Her fans are sure to take solace and comfort from this message, especially after confinement and uncertainty. She finished the post by saying: “This whole album is my journey towards the light — with stories of resilience, hope, and love.” Her fans are bound to share in that positive energy.