A great song should lift your heart, warm your soul, and make you feel good. You can listen to the same song over and over again and never get bored off. At that very moment, you get motivated towards your daily routine including studying, working, or planning, and helps you focus. You are driving and not listening to music, that cannot happen. New music is coming out every week and we hope to help discover new music for every music lover. Here is the weekly roundup of ListenOnRepeat new reviews from the past week. 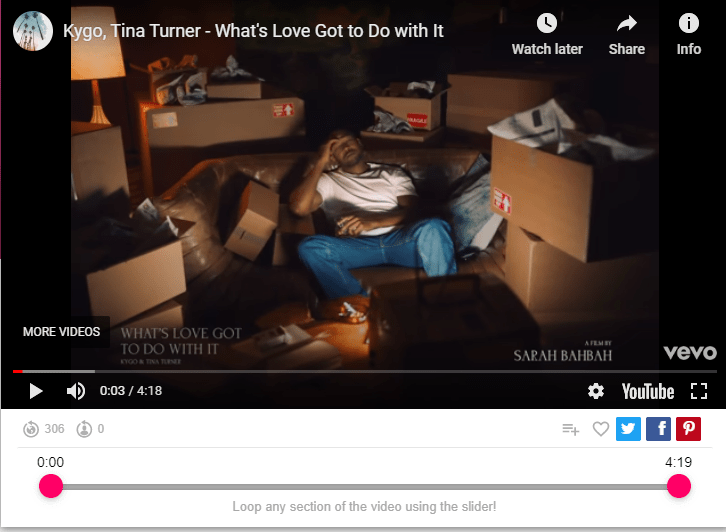 This one is a real throwback, one that respects the original but brings it crashing into today’s world with enough impact to impress both existing fans and new ones, too. “What’s Love Got to Do with It” is was a smash hit from 1984 that Tina Turner used to provide the firepower on her album Private Dancer. Listening to the original gives you a nice dose of 80’s synths, slightly-corny (but amazing) drum machine work, and scratchy electric guitar. This version removes a lot of the old charm and replaces it with something that slaps like a 2020 song, with the vintage edge acting as a motor for the song’s essential, timeless character.

But it is not the first time Kygo has embarked on a project like this. Last year he released a remix of Whitney Houston’s cover “Higher Love” to acclaim. Indeed, there is something very satisfying about seeing 80s tunes brought back to life with freshness and bite. Kygo is adept at resurrecting them without drenching them in modern production techniques that remove their charm.

Watch Kygo, Tina Turner – What’s Love Got to Do with It 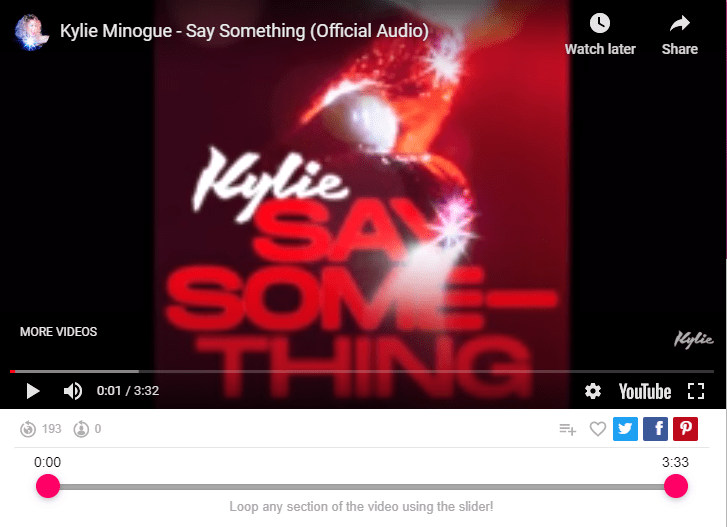 It seemingly took a little while for Kylie Minogue to jump on the social media game. Indeed, her heyday came before any of that existed, and there is a disparity between her online presence and her actual fame. For example, anyone who grew up in the 90s or before knows who Kylie is, they could probably even sing a song of hers to order. Yet, she only has around 500K subscribers on Youtube. While that is not a small number, it isn’t impressive considering just how many people are aware of her existence.

Yet, this is normal for her era of musicians, ones who took their time to go online and made their splash when people were using 10-inch bricks as mobile phones. It does mean, though, that when they release a track it doesn’t get the same reach as another artist with a mere fraction of their fanbase.

“Say Something,” the new song by Kylie, for instance, has only managed to garner 100K views so far, and though it will grow significantly, this is not reflective of the cultural import of the release. Or perhaps it is? Social media clicks and reactions are possibly the most reliable barometer for culture in today’s world if we aren’t focused on sales and downloads.

With a fabulously vintage cover image matching an equally fabulous synth-led beat, we hear the familiar high-pitched voice coming in over the rhythm, providing the song’s main hook and melody. All in all, it is a relatively pedestrian release from the one-time pop queen, but something that her fans will love connecting with. “We should appreciate the artists while they are still alive” reads one recent comment. Perhaps it is a little premature for that, but we get the idea. 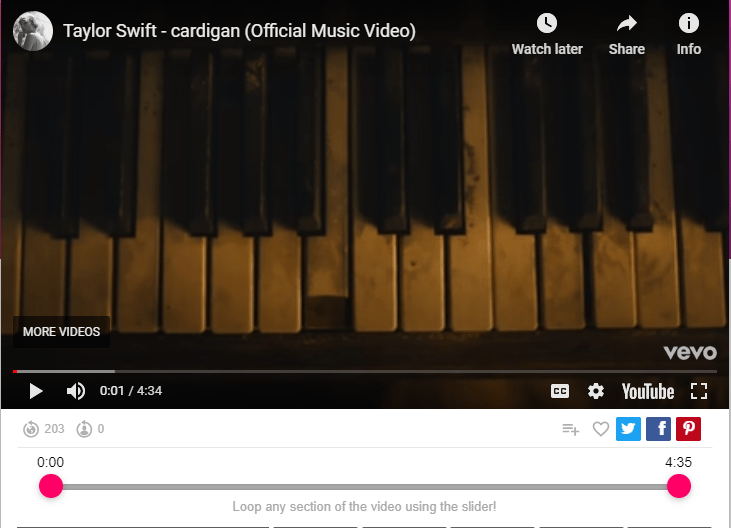 For Taylor Swift to release her new track at exactly the same moment as Maroon 5 is a bold move. Or, it would be for most other artists. Taylor, on the other hand, doesn’t need to compete with anyone, so strong is her army. And in comments sections, fans seem delighted that they have two releases to enjoy from two of music’s biggest names.

“My love for Taylor is like a broken ruler: UNMEASURABLE … ” indeed, the Swifties are out in force and they have got something a little different to enjoy this time. “Cardigan” comes from the singer’s new album, “Folklore,” which was a surprise release (imagine the fan reaction when they heard). For this project, she worked with Bon Iver, the National’s Aaron and Bryce Dessner, and others. It follows from Lover, which received wide acclaim from both public and critics alike.

Apparently Swift came up with the bulk of the album while in isolation, before contacting other writers to work in full momentum to get the project out there and in listeners’ playlists. Now here it is, what does it offer in terms of themes and look?
Well, the visuals are set in a kind of Narnia fairyland, where Swift begins in a dusty cabin and ends up climbing through her piano, only to emerge in a mossy glade, continuing to sing on a piano that has been covered and reclaimed by nature’s grip. The lyrics speak of young lovers, of memories and of the different values we assign to different kinds of knowledge.
It isn’t for everyone, but it’s not meant to be. Taylor is a deity, giving her subjects another reason to love her.