Neil Young has recently announced “Way Down in the Rust Bucket” which will be a new concert film that will document his performance with Crazy Horse from 1990. The documentary will be out on February 26, 2021. The show took place after the release of “Ragged Glory” and an album that featured new public performances.

Meanwhile, below are the latest reviews roundup of ListenOnRepeat new reviews. Take a look! 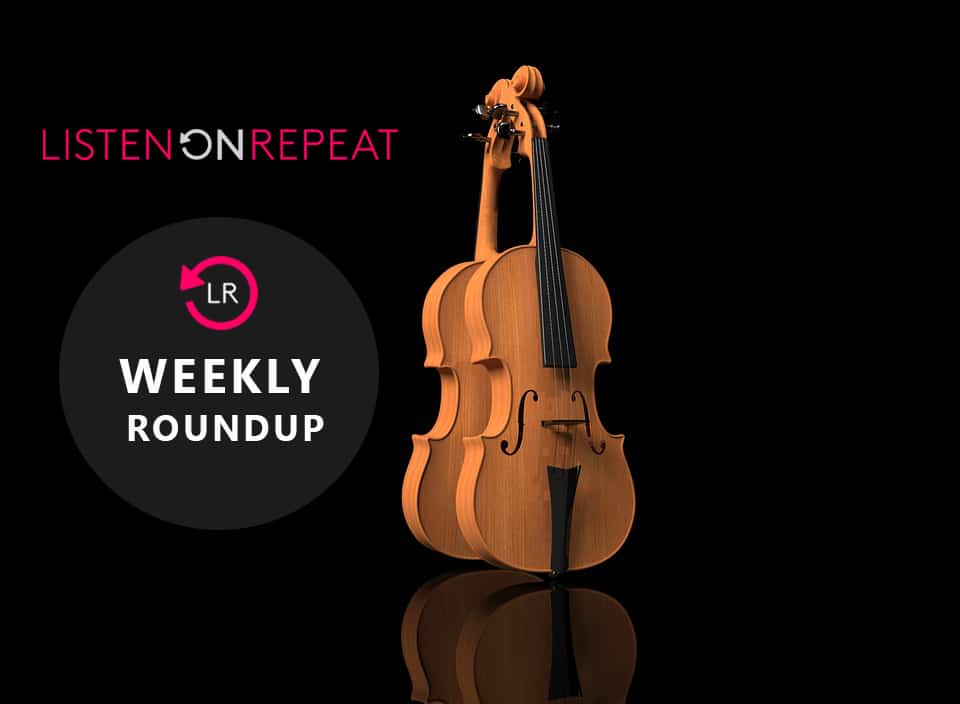 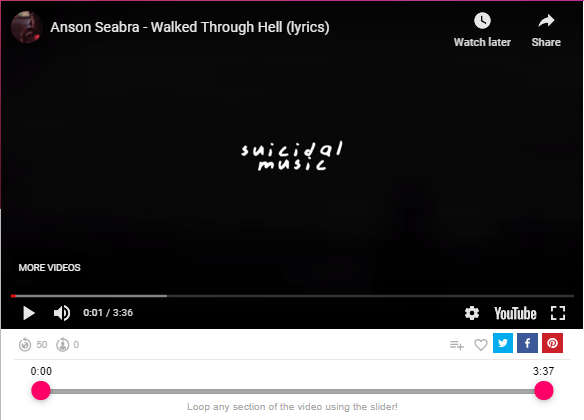 Anson Seabra is a young pop singer who is firmly placed on the up-and-coming list. Though his following hasn’t yet hit extreme heights, his new track “Walked Through Hell” is breaking out of his normal fanbase and will surely garner new listeners going into 2021. 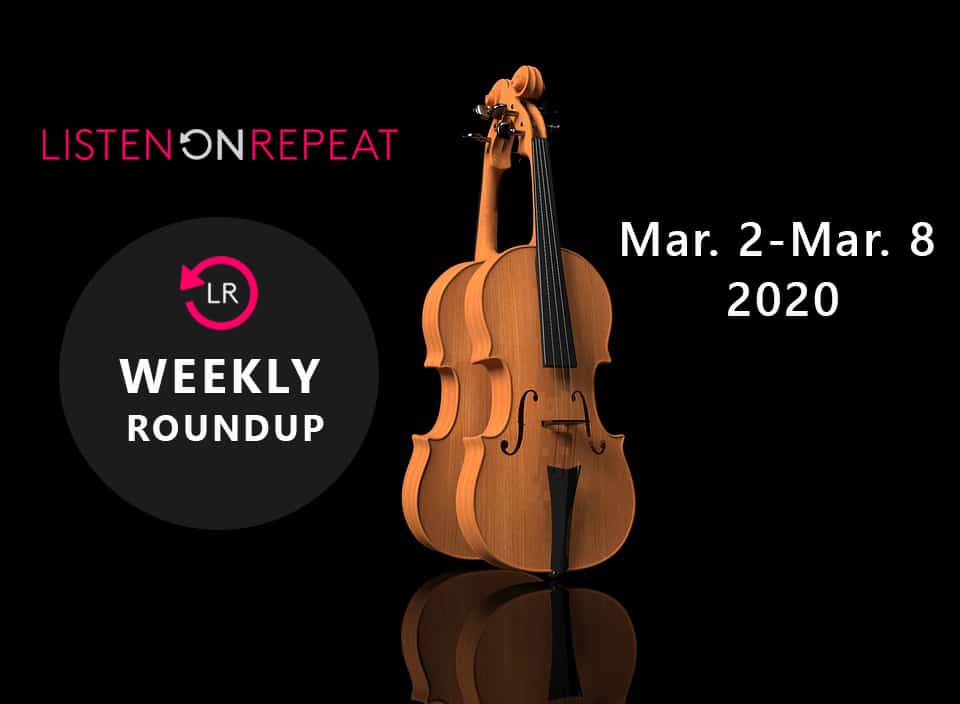 Reading his Twitter feed lets you know what kind of an artist he is – it is full of the kind of positive affirmations his fans want, like “there is nothing wrong with you,” and “you’re doing amazing.” Suffice to say his music spreads a similar message, and he has established himself as a pop star with a touch of melancholia and a whole lot of sensitivity.

Fans feel the same judging by the comments on this new video: “If you’re reading this, you probably need a hug, so I’m sending hugs your way” and “His songs just hit different to any other sad songwriters.”

We open onto Seabra playing the piano in a field, brow furrowed and voice slightly raspy. The lyrics are tight and powerful, opening sentences in a way that will hit fans right in their hearts (“What did you do with all that love you couldn’t give?”). The production is minimalist, with everything centered around the piano melody; the electric drums, synths and the acoustic guitar comes in only at the chorus and does nothing to detract from the mood.

It is Seabra’s voice and his songwriting that stays in the limelight and that is how it should be. He is a young artist with loads of talent and fans are geared towards engagement rather than passive listening when it comes to his releases.

BAEKHYUN ベクヒョン ‘Get You Alone’ MV 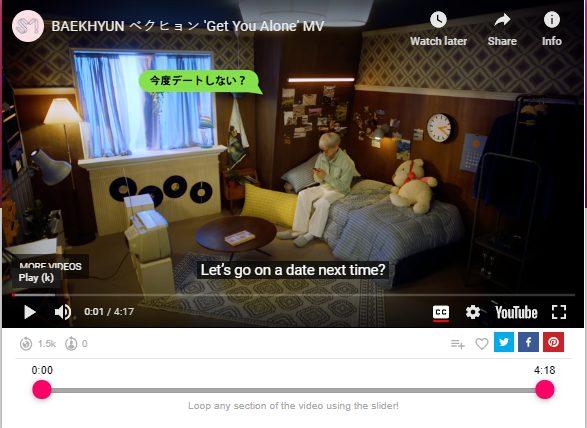 BAEKHYUN is a K-pop artist who is signed to the Korean label, SM Entertainment. He has been at the top of the genre for some time, particularly through his work with EXO and the sub-group CBX. “Get You Alone” is the entry point for 2021 and it is an upbeat way to begin. He has a smooth voice and one that is perfectly suited to the kind of light funk that K-pop has been toying within recent years. After the heaviness of 2020, this is the right tone to use to kick off the new year.
The track is about young and free love, as well as the perils that come with it. BAEKHYUN is on the lookout, yearning for connection, but he is unhappy with the image that it might give him. Is he a bad guy? Is it worth it? “Get You Alone” is a single from his upcoming, eponymous album, which is going to be designed specifically for the Japanese market. It is something that has been happening more and more often with K-pop, and it interesting for international onlookers because it introduces a third language after English and Korean.

This new music video was released on January 4 at midnight JST (Japanese Standard Time), which shows the dedication they have to their target audience, and was put on general streaming release shortly afterward. So far it has been a real hit, with over a million views on the first day. Yet, at this stage, those aren’t surprising numbers for a genre that just keeps on rising in popularity.

Fans are glued to the screen, and they profess so in comments sections, with one leaving the following message: “Dear parents, just because your child is smiling at their phone doesn’t mean they have boyfriend or girlfriend, they are just looking at BAEKHYUN.” 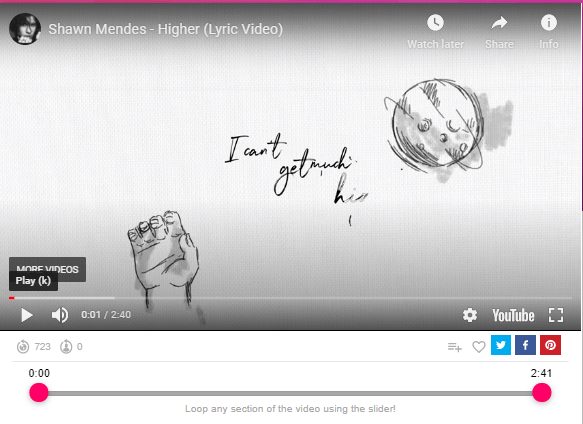 “You and me on the top of a roof, slow dancing to the light of the moon” … “New York in the summertime” … “As long as we’re together I can’t get much higher” … it is clear that this new track by Shawn Mendes is focused on a particular kind of love. Rather than singing about forever and always, he is instead interested in beautiful moments, in great views, bottles of wine, all-night dancing, and the way all that can make us feel.

It might strike the listener as a vision of young love, and if that is the case then the visuals on the official lyric video make for an interesting interpretation: we see a couple sketched onto a black background, locked in an embrace. Their faces are largely featureless (could be anyone) and their bodies are much the same … they are outlines, yet to be filled in, yet to be marked, just how young lovers often feel. We also see a moon, or a comet, that reappears at intervals, meant to symbolize the sense of starry-eyed elevation that love can bring.

Or is it lust? The production of the song has a few elements that sound much more like the delayed ecstasy or temptation lust brings than the hard-won contentment of romantic longevity. On the chorus, we hear a string melody that conjures feelings of Eastern mystery, of heat and sexuality. Whichever of the twenty-seven producers and sound engineers that worked on his new album (Wonder) came up with it has delivered an element that will make the track stand out.

Another key feature is the tempo and control of Mendes’ singing, which is more versatile in terms of register and character than most young pop singers you’re going to hear. An assured and catchy end to 2020. 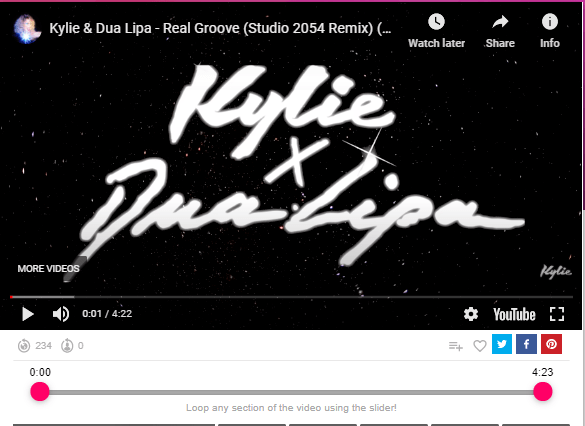 This is a collaboration that fans didn’t know they needed until it came. The great Kylie Minogue, a goddess of the early 2000s, teams up with Dua Lipa, a true artist of the moment. “Real Groove” is a track by Minogue that was released as part of Disco, her impressive fifteenth studio album, where it acted as the third single back in early December.

But this collaboration turned out to be an occasion that surprised fans, arising from the unforeseen circumstances of Covid-19. Dua Lipa was all set to go on a worldwide tour for her new album Future Nostalgia (her best yet), but she was unable to do so. Instead, she planned a Livestream concert where she would perform all of the songs from her new album in several parts. A selection of great international artists were invited to join her, with the likes of Angèle, Bad Bunny, Elton John, FKA Twigs, J Balvin, Miley Cyrus and Kylie Minogue accepted the invitation.

The Livestream took place on November 27 with Kylie Minogue’s song “Real Groove” adapted for the occasion. The set was named Studio 2054 in homage to the mythical Studio 54, which Lipa has a deep interest in, a 70s celebrity club in Manhattan where drug-fuelled parties were free for those who had enough style or clout.

The last week of December has seen a remix of the track they did together, following Kylie’s appearance on Lipa’s Livestream, which was a record-breaking feed with over five million paid viewers. It is a track about the reuniting of two lovers in a club setting and all of the obstacles and rivalries that could keep them apart. 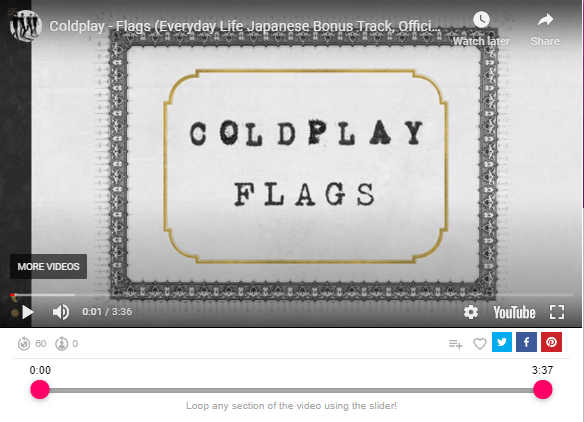 Over a year after the successful release of Everyday Life, by the everlasting Coldplay, the group has released a “Japanese Bonus Track” for the song “Flags.” But what does this mean exactly? Well, according to search results on Google, it is often cheaper for Japanese listeners to import US CDs rather than to buy them in their own country. For this reason, artists will often add a special bonus track to Japanese editions of their albums to encourage native purchasing. Interesting, and though “Flags” doesn’t have any features that would appeal to a specifically Japanese audience, it is easy to see why fans would be enticed by this offer.

Hence the late general release, therefore, and now fans all over the world are able to sample the delights of “Flags.” One of the first things we notice is that Chris Martin’s tone is as unmistakable as ever and that it never seems affected by the years that go by. After all, multiple generations have experienced Coldplay success at this stage, with their debut album coming out in the late 1990s.

“Flags” is a track about individuality, self-expression, and authentic love. But you’d be forgiven for missing that upon first listen as the references come thick and fast and relate to all kinds of figures and iconography: La Varsovienne, the Holy Roman Army, ouija, Jukeboxes, pirates, Pyotr Tchaikovsky, skeletons … it is a kaleidoscope of imagery that is testament to the wide net Martin casts when writing his lyrics, and also perhaps his seriousness as a songsmith.

Fans are jumping on the release, as can be expected of a track that was preserved for a single audience, with one top commenter summing up the release: “I am Japanese. I’m a big fan of the band called Coldplay for last year. The lyrics are also translating hard. It is only Coldplay that can make such a wonderful song.”