Eddie Vedder covered Bruce Springsteen’s “Growin’ Up”. The acoustic  The acoustic interpretation also includes Pearl Jam frontman’s new bundle, alongside his recent track releases “Matter of Time” and “Say Hi” last month. Eddie Vedder’s amazing songs have a long list out of which “Society” and “No Ceiling” delivered an extraordinary performance in front of the world.

Here are the lastest Music reviews from the last week on ListenOnRepeat: 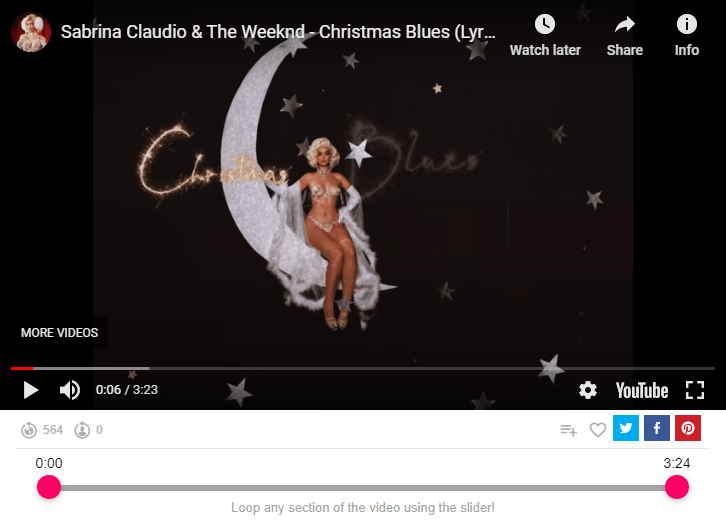 With a voice and style as smooth as Reveena, Sabrina Claudio has been building a steady but loyal fanbase in recent years. She is loved for her unapologetic celebration of female bodies that are attainable, as well as her steadfast commitment to a style that is all her own. Something fans didn’t know before is that she is quite a fan of the Christmas song, with “Christmas Blues” coming out not long after “Warm December,” which painted about as sensual a picture of the holiday season as it is possible to paint.

But this time, she is not alone, having partnered with the giant of pop-R&B, The Weeknd. “Christmas Blues” is a slow and sad tale of how romance goes hand in hand with the Christmas period. We begin with an acknowledgment: “It’s been a long year/
The toughest of my life so far/ I’ve tried to feel cheered/ I’m further than the northern star.” Indeed, while Christmas cheer should be uplifting, the lack of a significant other during these colder months can also serve to make it blindingly obvious just how lonely you feel. In the track this is dubbed “Christmas blues,” and it’s a relatable, impactful idea.

“‘Cause if I didn’t have you/ When the snow is fallin’/ On that winter mornin’/ I’d have Christmas blues” … the blues can come in many forms. It is a testament to the power and uniqueness of Sabrina as a singer that the presence of The Weeknd isn’t the most interesting thing about this song. Though it isn’t an unwelcome addition, his verse is far less powerful than the rest of the song’s lyrics and Sabrina’s voice gives the sound so much meaning it is a tough act to follow. 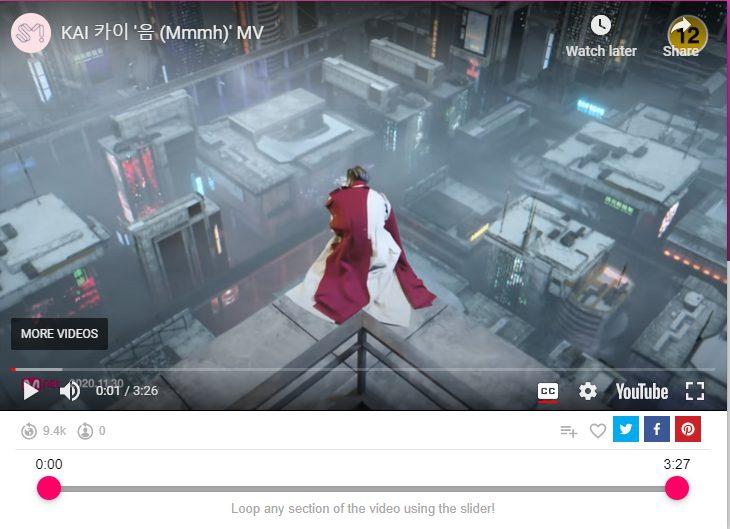 There is something that keeps your attention in the video for “Mmmh,” the new track by Kai, and it feels a little different from the attention-grabbing tools deploying in most big-budget K-pop videos. Yes, there is tightly-choreographed dancing, yes there are rapid shifts in location, yes, there are colors and costume changes … yet, what Kai is doing seems to derive from his own language, and not an industry standardized format. One top comment sums up audience reaction before we get into what’s happening on the screen: “Why do I feel like Kai can be both an ALIEN and Human Being at the same time. He is so powerful in this video. It is scary.”

Firstly, the camera movement is really effective. In some ways, it is reminiscent of Kendrick Lamar’s video for “HUMBLE” or Stormzy’s “Vossi Bop.” We are constantly shifting perspective, and the camera jumps from one view to another, almost mirroring the movements of body-pop dancers. This gives the artist the opportunity to change their expression or pose at each rapid-fire juncture, and it keeps your eyes glued to the screen. For Kai’s video, they have gone one step further, adding or removing backing dancers and backgrounds in time with the music and with the editing.

Though this might sound a little staccato, “Mmmh” draws real fluidity from Kai’s performance. In costumes that are bold and androgynous, he dances in a way that seems to merge hip-hop and balletic styles, his body moving like a wave one moment and jerking like a machine the next. The track itself also keeps the motion smooth – it is a pop/ R&B crossover that relies on texture and soul for its power rather than a chorus crescendo or crazy harmonies. A super impressive release from an artist managing to set himself apart in a saturated field. 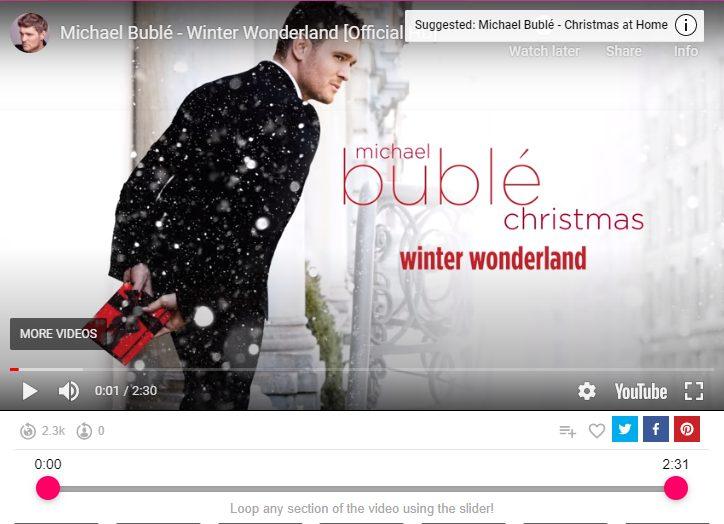 What are the bets that this is going to be the most played song over the Christmas period this year? Michael Bublé is so loved by the public, especially the sections with real purchasing power in terms of records and memorabilia – from grandparents to grandkids, everyone can get behind Bublé. It helps that he sings classics that have been around for decades (and sometimes centuries) because it adds to the notion of tradition that we all cling to at this time of year. Indeed, there is no stopping this man and, as he emerges from his cave, it looks like another wonderful Christmas for him.

Maybe he is needed more than ever this time around. It has been a tough year for the entire world, and with lockdown restrictions being lifted slowly, we won’t be able to enjoy Christmas like we normally do. All the more reason to make the most of the trimmings we do have at our disposal, and Bublé’s Christmas album is a staple addition to festivities for many, many families, so much so that he has become a meme in recent years, a modern-day Christmas man and a harbinger of stories and sentiment like the great voices of yesteryear.

One top comment sums up the mood: “2020’s been a long year. I think October is an appropriate time for Christmas music.” The song is also getting a recent boost since Youtube comedian Ryan George did a feature on Christmas songs that have been very popular. He deconstructs the lyrics, which are, admittedly, quite ridiculous if you pick them apart. Yet, this type of music isn’t for analyzing. It is a pure feeling that should be savored if you are able to do so without looking deeper. It’s true, nobody knows who Parsons Brown is, but a lot of people don’t think to ask, either.