There are songs which relate to our current moods, and we wish the songs never ends. So, keeping them in a loop in Listen on Repeat is only the best we can do.  So, you might want to know which songs have made it to the list of being the most repeated ones in December. Here, we have listed top 10 LOR repeated songs of December 2019. Also, let us know if any of your favorites have made the list.

The mellow song Death Bed by Powfu expresses the thoughts of a young man waiting for death but wishes all the best for his girlfriend. Meanwhile, he is reminiscing all the cheerful memories he had with his girlfriend. It doesn’t get any mellower than this. Death Bed isn’t from any of Powfu’s albums, but he along with producer Otterpop had uploaded this song on Spotify. Released on February 8 on 2018, the song features a sample song Coffee by British artist Beabadobee. It has been played on LOR  over 57.4K times. 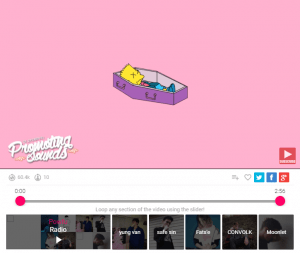 Binalewala is a viral song from Philippines. The young artist Michael Lutchi Libranda had released this song just 3 months ago and had said that he composed this song based on his turbulent relationship with his ex-girlfriend. He himself didn’t know that the song would get such a viral attention from the worldwide audience. The song now has gained 24 million views as we speak and has been repeated 58.8K times on LOR, placing it on 9th position for LOR’s most repeated songs of December 2019. 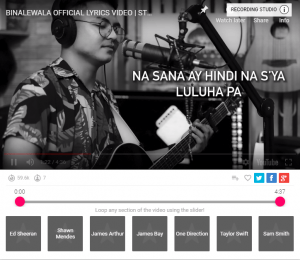 Three graces is an instrumental pick from Lomea (Rich Keyworth). Lomea indulges himself him composing scores for movies and ad commercials. The three graces however an instrumental which as Rowan has said is” mediating force for textured guitars, synths, pedal dials and selected sample from his own musical instinct. The piece undoubtedly gives listeners a diverse range of music which surely doesn’t bore one even if it is listened on repeat for countless times. The three graces by lomea has been on repeat for 109K times in LOR, placing it on 8th position for LOR’s most repeated songs of December 2019. 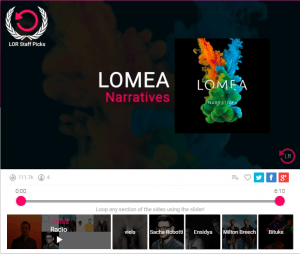 This single from the backstreet boys is a classic one from the 90’s. Even though it was released as their 4th single in 1996, the band decided to put it into their album the next year. The song eventually reached 2nd in Billboard Hot chart 100 and sold more than 2 million copies in the US only. As for the month of December ratings of LOR, the song has been replayed 116K times and is most popular in Japan. The song has been listened most by male gender. 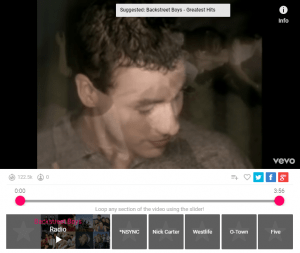 Written by Jim Steinman, the song is actually a ballad inspired by the classic novel Wuthering heights. Produced by Jim himself, the song is the first number on Celine Dion’s album “Falling into you”. The song famed widespread in the year 1996-1997 and reached number 2 in Billboard’s Hot 100. Irrespective to the new modern competitors, the song has been replayed more than 181K times in Listen on Repeat as of the month of December and is still a popular replayed song among the mature viewers. Also, the viewers are mostly from Greece. 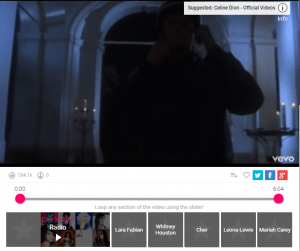 The Maroon 5’s memories was released on September 2019 and is a number from their upcoming seventh album. Written by the band themselves, the song is a tribute song to their manager Jordan Feldstein who died in 2017. The song is not one of the typical Maroon 5 songs so there have been mixed reviews from the critics. No matter how harsh some critics might have criticized this song it has been loved by their fans and made it to 4th in Billboard’s Hot 100 charts. Memories has over 328 million views on YouTube and has been replayed more than 206K times as of December 2019. Our song radar in LOR reveals that the song has a widespread strong popularity and most of the repeat listeners are from Malaysia. 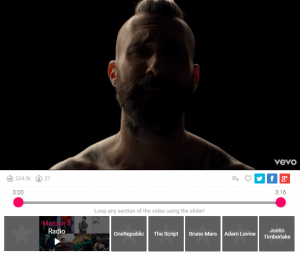 The Giants is a promotional song for the league of legends world championship 2019 in Paris, France. The song was performed by True Damage, a virtual hip-hop group along with Becky G. The song’s lyrics are in English, Spanish and Korean. The music video is a digital art animation which features the virtual band members. The lyrics incline towards today’s youth who have the power to move everything just like the giant’s myth. The song has over 50 million views in YouTube and has been replayed more than 232K times. 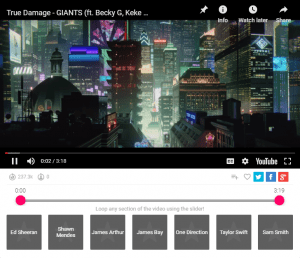 Again is a song recorded by Noah Cyrus and the rapper XXXTENACION in 2017. The song’s lyrics such as “I wanna be your lover, I don’t wanna be your friend” explains the theme the song relies on. Regardless of the cliché lyrics, the music can be a drooling favorite for the listeners. The song’s single and music video was released on the same day. It has over 99 million views on the YouTube and has been replayed about 232K times, 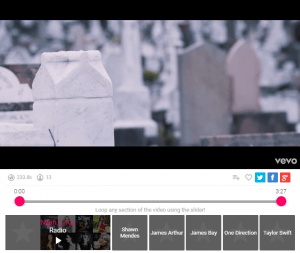 If you want to listen the music from the edge of heaven, then Last Christmas from the duo Wham is the one for everyone. Sorry for the pun (The Edge of Heaven is their album’s name). Released in 1984, the song was written and produced by George Michael and has ever since been a broken hearted lover’s anthem. During the release, the song peaked at no. 2 position in UK for 13 weeks and thus, making it a classic. We have reviewed the song as a combination of happy rhythm and saddest of lyrics. Even today, the views of Last Christmas on YouTube has a staggering number of 500 million. The song has been replayed over 362k. 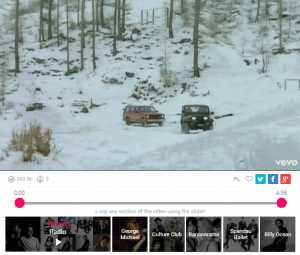