The 2021 Grammys Awards that were scheduled for January 31, have been postponed due to safety concerns regarding coronavirus. Harvey Mason Jr., Jack Sussman, and Ben Winston released a joint statement confirming the Grammys have been postponed to March 14 in Los Angeles. Holiday mass gathering caused a rise in COVID-19 cases across the nation and primarily in Los Angeles which is now also considered the epicenter of the virus.

Meanwhile, we hope you are staying safe, and here are the most repeated songs of December 2020 on ListenOnRepeat. 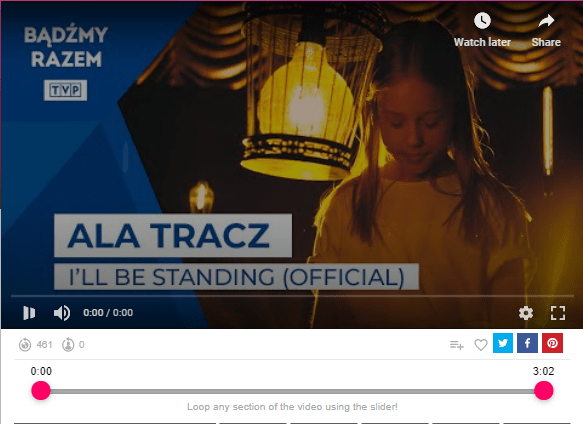 After their two successful wins in Junior Eurovision, Poland selected Alicja “Ala” Tracz to fill the shoes of this year’s artist to represent the country. There is a possibility that she might win this for her country after getting huge praise from the audience. “I’ll Be Standing”, which speaks on behalf of women, was composed by Sara Chimel-Gromala and Eurovision alumni Gromee. Ala Tracz comes from a small village Stojeszyn Pierwszy in Eastern Poland and she is only 10 years old. She released the final version of the song after a few changes to the lyrics and the official music video is now out on YouTube.

Watch Ala Tracz – I’ll Be Standing 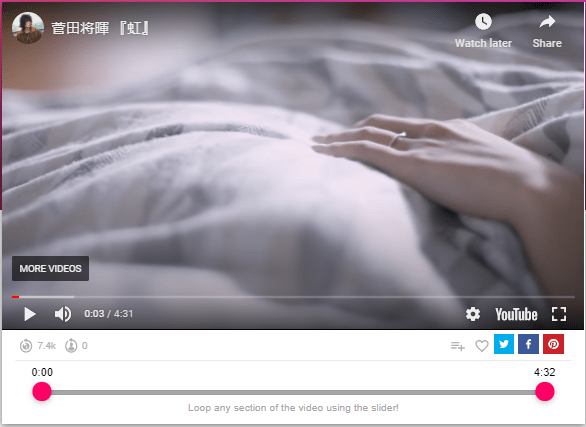 The new song “Rainbow” is the theme song for the movie “STAND BY ME Doraemon 2”. Huwie Ishizaki teamed up with “Goodbye Elegy” to write the ultimate wedding anthem. The song features the sound of piano and strings, and the vocal arrangements make it stand out. “Rainbow” expresses the strength and weakness of human beings with a very powerful singing voice; can be possibly considered as the love ballad of the era. The song creates a different impression for different listeners depending upon the situation and of course the wedding moment. 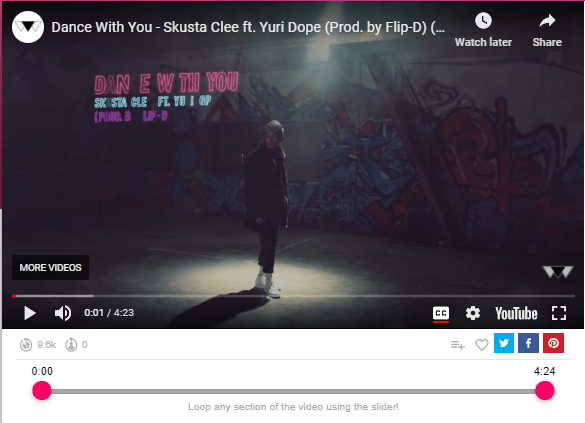 “Dance With You” by Skusta Clee, a collaboration with Yuri Dope is a love-themed song that develops a romantic mood swing. The vocalist addresses a love interest in a party-like and social setting where he invites his partner for a romantic dance. The ultimate meaning of dedicating a song is with the purpose to get to spend an evening with her. In the song, Skusta Clee has indirectly invited her to dance just to tell her that he wants to embark on an intimate relationship with her. “Dance With You” is a pure love song that fills the environment with romance towards their partner. 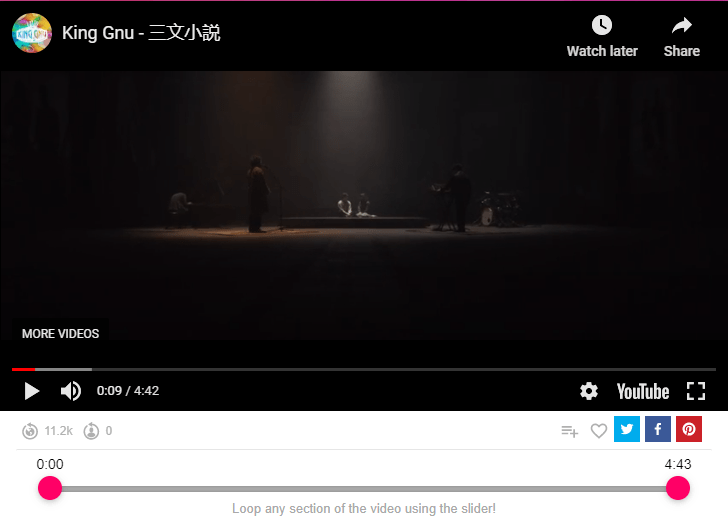 King Gnu’s三文小説 (Eng: Sanbun Novel / Sanmon Shosetsu) was released on October 30 and officially premiered on YouTube on November 6, 2020. Regardless of the few who were disappointed by the song, it has a pretty strong opening and gives good first impressions. Gnu’s specialty is that he uses almost the same singing opening in most of his song compositions. Iguchi’s voice at the beginning has been stronger just like in the previous song and to be honest most of the recent bands have been producing high tone polished theme voices.

The music sound, guitar, bass, and drums go well with vocals and do not intervene in the sound. Sanbun Novel somehow feels to have an orchestral environment that builds up marching band style. King Gnu always produces artistic and creative music and he certainly hasn’t failed with Sanbun Novel. The song has over 10 million views on YouTube within its first week of release. The song teaches you how to face reality and find happiness in life. 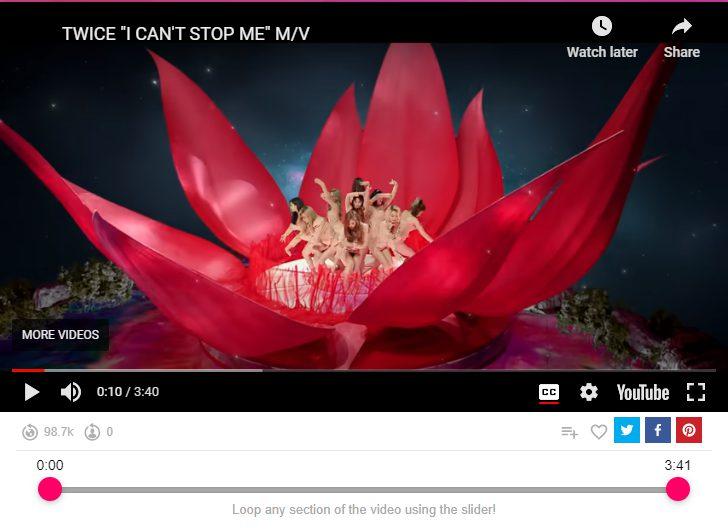 The brand-new music video from TWICE, called “I Can’t Stop Me” already hit 10 million views on YouTube within the first 12 hours of its release. It is impossible to overstate the size of TWICE’s fanbase. It extends all over the world and, especially amongst kids; they are the group that commands attention, perhaps even more so than titans like BTS and Blackpink. Whatever the numbers, they are in the conversation, and that is special considering the success of K-pop as an expert all around the world. From Seoul to California, kids in playgrounds are more likely to speak about these groups than almost anything else.

With this release, they have also embraced a particular trend within K-pop, and more widely: synthpop, following other groups like EVERGLOW. It is the sound of the moment and takes the genre into still more experimental areas. There are a turbo-charged verse and a big moment chorus, which is a welcome return to the climax-lead tracks that K-pop made its name on.
All that is left to talk about is the visuals, and there is no disappointment there (unsurprisingly). Color, fast dancing, impeccable outfits, a whole lotta attitude … It is original, quirky, and big. Everything we’d expect from a release of this magnitude. Get used to the sound if you aren’t already, this is the most-loved soundscape in the world right now, and it is here to stay. 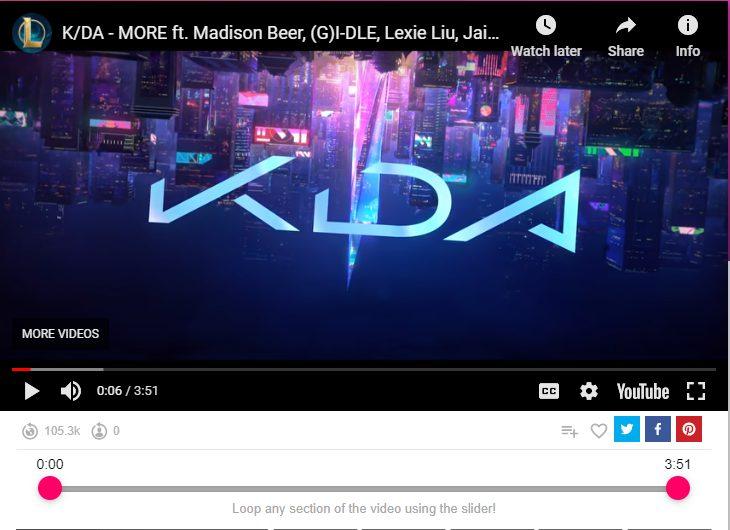 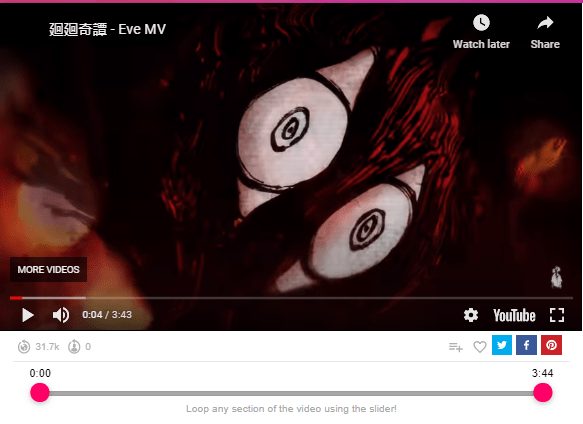 Eve released a collaboration MV for the theme song “Kaikai Kitan” of TV anime “Jujutsu Kaisen”. The music video is fused with special graphics and high-quality animation. The song is available in original and anime versions where the anime version is based on the original. Jujutsu Kaisen, written by Gege Akutami exceeded the circulation of over 10 million copies in the series. The curse, the defense, and the offense of the witch doctor are pictured with high-quality images. The video is amazing and equally terrifying that interests people with unusual tastes in anime. The video is produced by MAPPA and the original sense of the music is drawn well over the graphics. 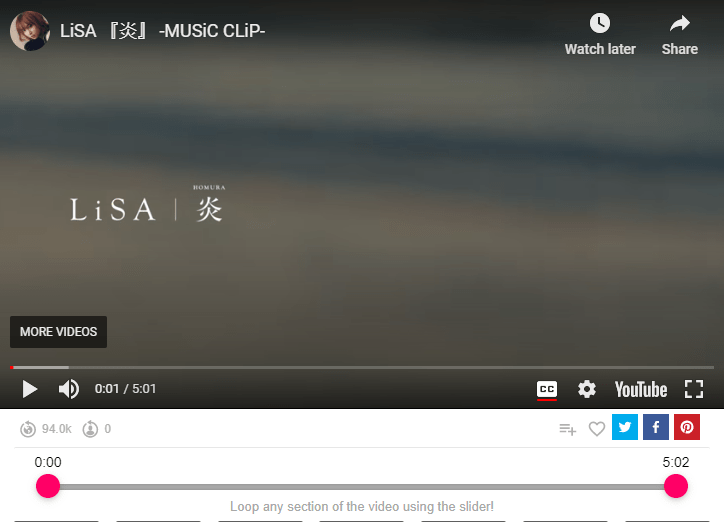 LiSA released the single 『炎』(Eng: Flame; Read: Homura) on October 14, 2020, along with the album “LEO-NiNE”. The flame is also the title theme song of the anime movie “Kimetsu no Yaiba” which was released on October 16. The distribution of the song started on 12th October from her official site and soon LiSA’s Flame went to be a masterpiece with the addition of anime.

The song has a thrilling combination of sound and melody with stringed instruments and beats of acoustic guitar. A unique album overall that everyone can enjoy, the rich sounds and vocals expressions. The MV has received numerous positive compliments from LiSA fans. Also, LiSA staff writes “the MV exceeded 2 million playbacks within 24 hours of its release and is getting praise from other music directors and producers”. The song now has around 50 million views within its first month of release on YouTube and over 60K repeats on ListenOnRepeat. 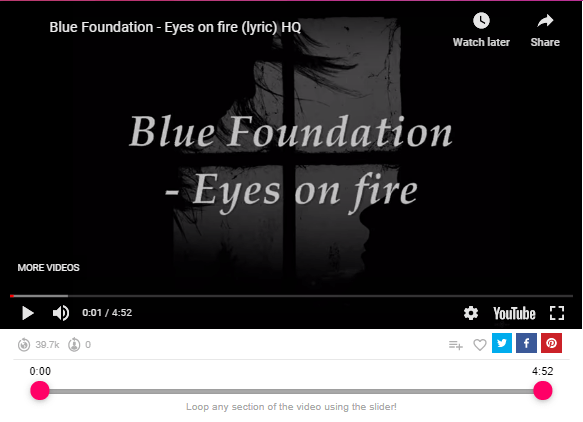 Danish Band, Blue Foundation gained major recognition with their release “Eyes on Fire” which reached number 3 on iTunes EM chart ranking in 2007. Tobias Wilner and his music partner Bo Rande proved Music is not always about catchy lyrics and good sound. Blue Foundation made a huge leap in the music industry with “Eyes on Fire” from their 4th album “Life of a Ghost” which was also used on the vampire trilogy “The Twilight” and “Miami Vice” over the years. The song has been featured on many TV series including “The Vampire Diaries” and “CSI: Miami” over the years. 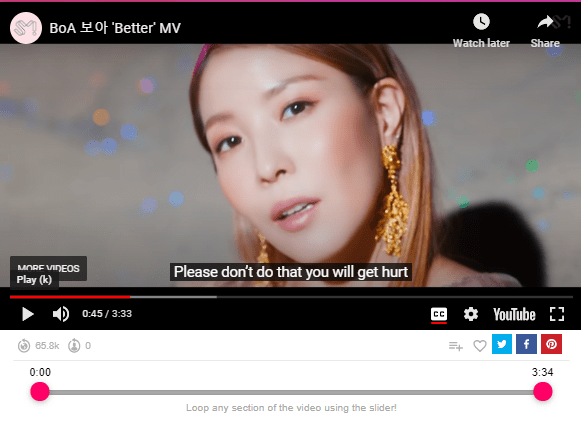 BoA is a K-pop legend and one cannot count her past glories. For “Better”, BoA collaborated with her long-time music partner Yoo Young-Jin and you surely can feel his tight vocals all over the song. The MV displays these dark intimate vibes which are highly suitable considering the lyrics and one cannot miss BoA dancing. The song, music video, and performance have a ranking of 9 outta 10 from the expert reviews.