ListenOnRepeat Most Repeated Songs of October 2020

With everything going on in 2020, it’s pretty clear one thing will never change and that’s music. Happy or sad, music will always cheer you up. To keep you informed, entertained, and motivated through these tough times, ListenOnRepeat presents you with the most repeated songs of October 2020. Take a look! 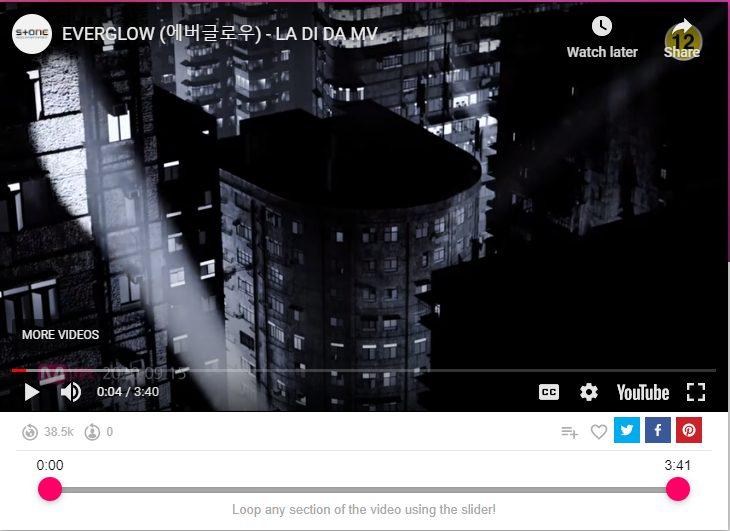 Everglow (에버글로우, stylized as EVERGLOW) is a Korean girl group that is signed to Yuehua Entertainment. It is comprised of 6 members: E: U, Sihyeon, Yiren, Mia, Onda, Aisha. They hit the scene running back in 2019, with their debut album, Arrival of Everglow. The last we heard of the band was in February, with the release of “Dun Dun.”

Right from the start, La Di Da hits hard. After a warped vocal intro, the instrumental sweeps in with force with a huge synthesizer repeat. The girls sing in an exciting verse of duet with a synth line that will make you sing along. La Di Da’s pre-chorus crafts a surrounding with an uninterrupted transition of vocal cords that further builds the songs stronger side with a bang. K-Pop’s emerging group EVERGLOW has rediscovered the beauty of awesome chorus in their latest release La Di Da. They have received huge compliments for this irresistible masterpiece and quite possibly are the best girl group of the year. 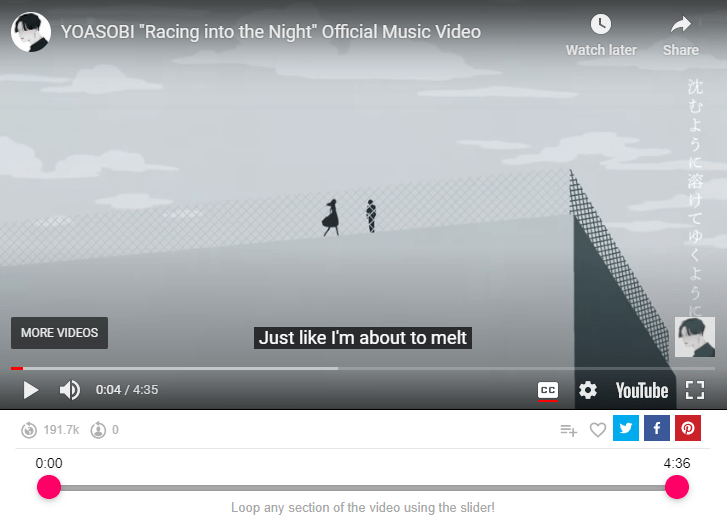 The song is based on “Temptation of Thanatos”, a short story by Mayo Hoshino which was released online in the summer of 2019. The story begins with an alone man living in an apartment working at a labor company. He gets a message from his female that she is going to kill herself. When he rushes to her home, he sees she is on the top of a building ready to jump. He stops her and explained this is the fourth time she has tried to kill herself. The MV “Racing Into The Night” implies this story in beautifully written lyrics and the amazing voice of Yoasobi. 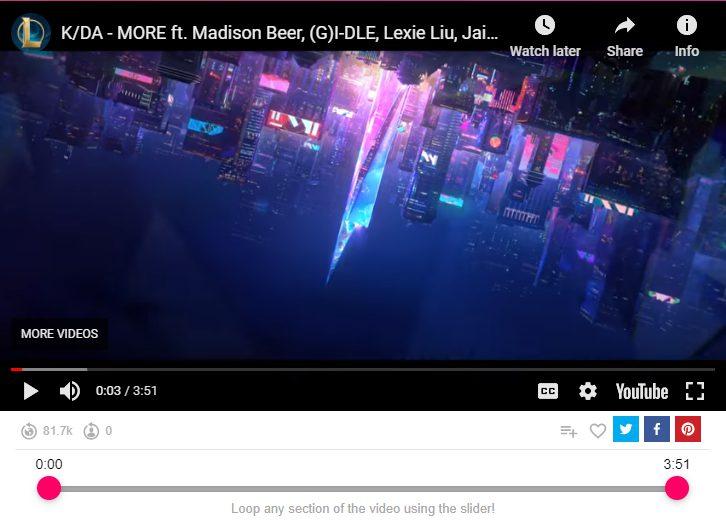 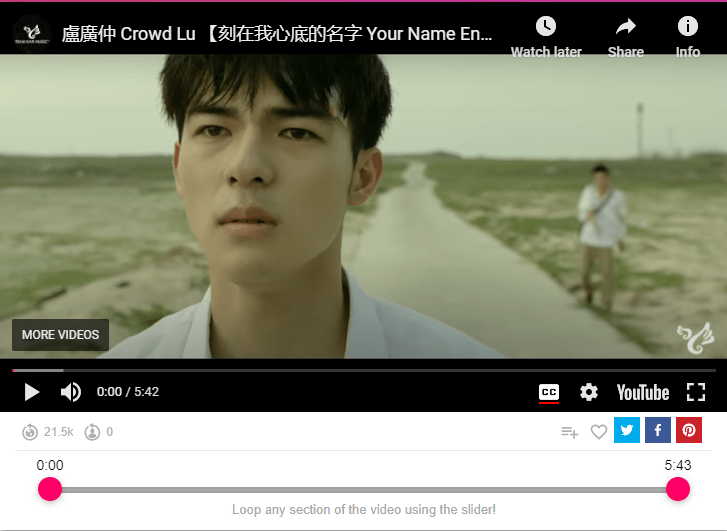 Your Name Engraved Herein is a new song from Crowd Lu and also a theme song for the new LGBT movie which was premiered on September 30, 2020. The original version of the song portrays a very sad love story. The original singer died soon after completion of his first album with a heart attack at the age of 22 in 1987. Croud Le’s cover of “Your Name Engraved Herein” dedicates an unending love for his partner and a name that can never be forgotten.

The over verse of the lyrics “forgetting you, several times I’ve told myself, the more I try to catch the light, the harder it is to get away” demonstrates how hard he’s trying to forget her but is unable to do so. “If I have another chance, I will surely love again” hits hard and makes one burst into tears. Crowd Le has done fantastic work in his latest release and fans have praised him for this masterpiece.

Alien Huang is back with his new song, collaboration with Bobby Duo and Alan Kuo after his recent success with “The Most Romantic Song on Earth”.  The lyrics of “Carry on” are from Apollo Wang who is also the composer of the song. Carry on was recorded by Rock Records and is licensed under their official name on YouTube with over 7 million views.

Carry on has a strong opening with the powerful line “Don’t ask me what the pain is” followed by Ke’s lifting spirit voice and lyrics that lead to the chorus. “Every day in the future, you must raise your head, keep the chest tall” gives a motivational vibe and strongly emotional feel at the same time. The pre-chorus, chorus, and ending of the song are perfectly composed and the lyrics are amazingly written about a man’s life and bitterness between brothers and how one should be able to carry on with their life. 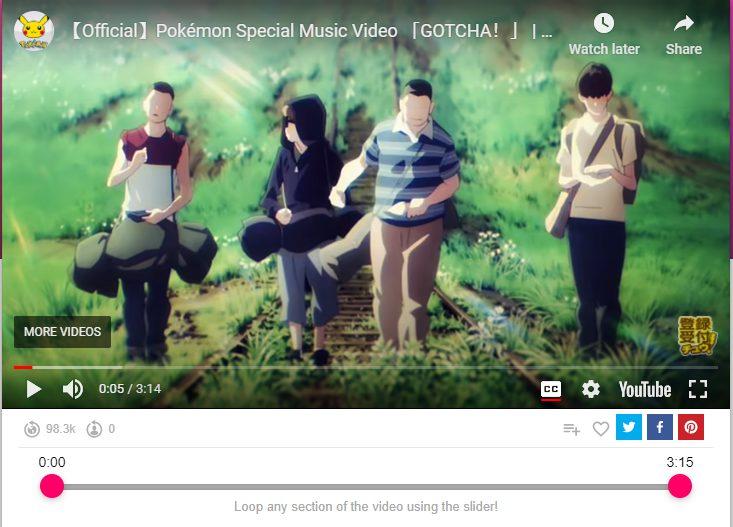 Pokemon released a new animated video for “Gotcha!” which was a presentation for DLC pack expansion “Sword and Shield”. Japanese rock band Bump of Chicken performed Gotcha behind an animated Pokemon music video and as a Pokemon fan, I love this music video. The animation is amazing and the video features subtitles in nine languages including English, Korean, Japanese, French, Spanish, Italian, Chinese, and German.

Bump of Chicken’s “Acacia/Gravity” was officially released on November 4 and now available on YouTube. Gotcha derived to an announced of a new wonderland Crown Tundra where players can now explore dens and gather different titles inside the game. Gotcha has around 100k repeats on ListenOnRepeat and ranks #5 on most repeated songs of October 2020. 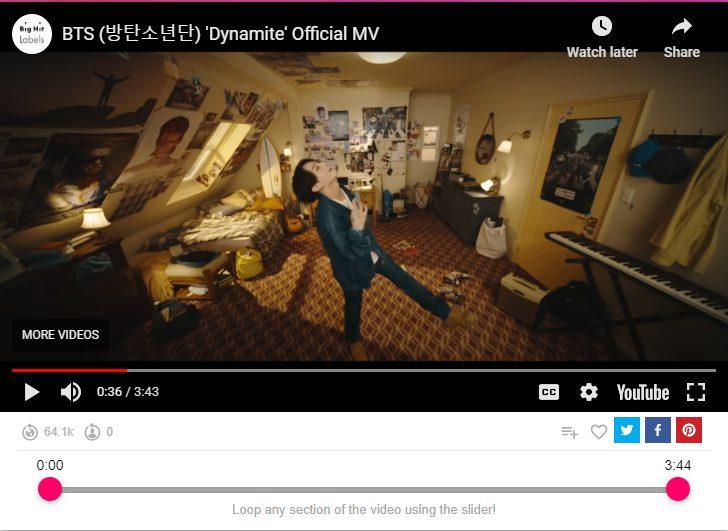 BTS may be the biggest musical act in the world that you have never heard of. At least that is what we are being told – and that K Pop (of all things) will be the next big thing. One piece of evidence for this is the BTS army, which is like the Directioners or Believers except it has a waiting list – a massive following of intense teenage support that is loyal to the group of seven boy-band members. Another is that they are number one on trending for this latest release, not just in Korea or in Asia, but around the world. On the one hand, they belong in this position: a group of ‘good-looking’ boys with good voices and a lot of money pumped into their image.

Dynamite is BTS’s first All-English track and hits all the expected marks. The song opens with Jungkook sitting in a room with posters of the Beatles’ iconic Abbey Road cover. You can also spot David Bowie next to Arnold Swarzenegger as the Terminator poster. The lyrics begin with ‘Shoes on, get up in the morn’. I felt it a little funny when JungKook sips a cup of milk and says Cup of milk, let’s rock and roll. Few other words like “ding dong” and “cha-ching” on the lyrics and overall melody somehow reminds of Uptown Funk by Bruno Mars. Dynamite has already broken many of BTS’s previous records with over 500 million views on YouTube. 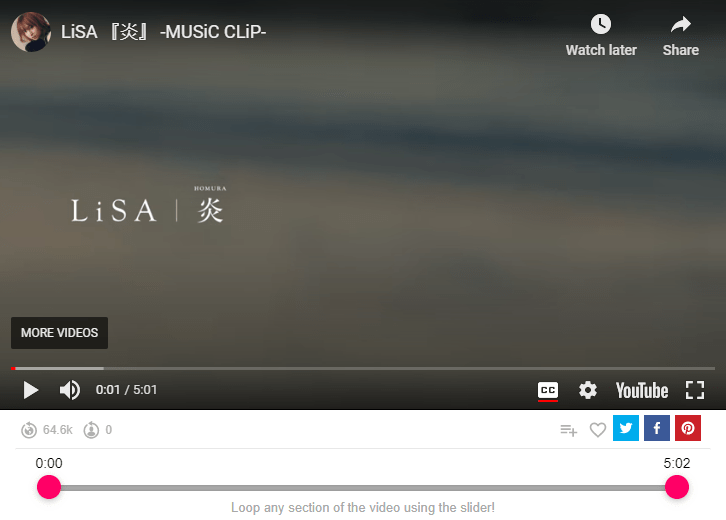 LiSA released the single 『炎』(Eng: Flame; Read: Homura) on October 14, 2020, along with the album “LEO-NiNE”. Flame is also the title theme song of the anime movie “Kimetsu no Yaiba” which was released on October 16. The distribution of the song started on 12th October from her official site and soon LiSA’s Flame went to be a masterpiece with the addition of anime.

The song has a thrilling combination of sound and melody with stringed instruments and beats of acoustic guitar. A unique album overall that everyone can enjoy, the rich sounds and vocals expressions. The MV has received numerous positive compliments from LiSA fans. In addition, LiSA staff writes the MV exceeded 2 million playbacks within 24 hours of its release is getting praise from other music directors and producers. The song now has around 50 million views within its first month of release on YouTube and over 60K repeats on ListenOnRepeat. 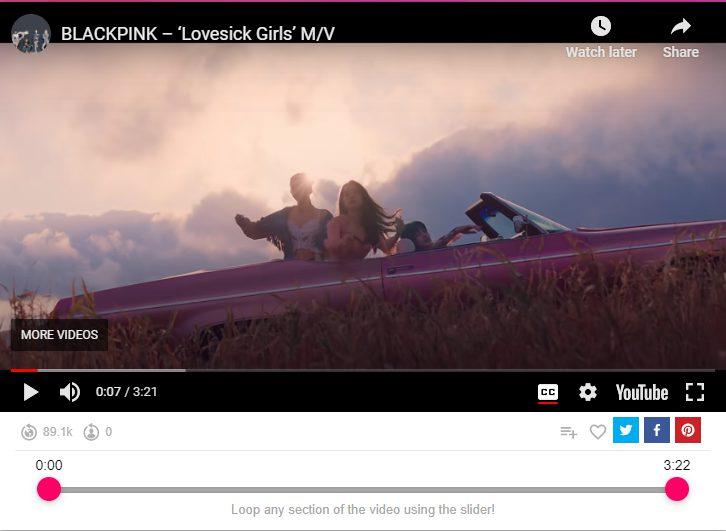 South Korean girl band Blackpink was formed in 2016 by production company YG Entertainment. It consists of four members who come from South Korea, Australia, and Thailand. Two of the members had prior experience, having been featured in various commercials and music videos of other artists of the same production company. The other two members were discovered through auditions. Their debut took place on August 8, 2016.

Blackpink’s Lovesick Girls follows their previous releases ‘How You Like That’ and Salena Gomez starring ‘ Ice Cream’. Jisoo and Jennie have put some incredible effort into the making of the MV and their outfits are amazingly eye-catching. The song is really good. However, it felt something was missing in the choreo but other than that the MV fits perfectly with the lyrics.  The music video received positive feedback for the visual concept highlighting the fierceness and quirkiness that the group aspires to establish as their image. Lovesick Girls is also being featured by PUBG Mobile as their theme song at the moment and is attracting millions of PUBG fans. 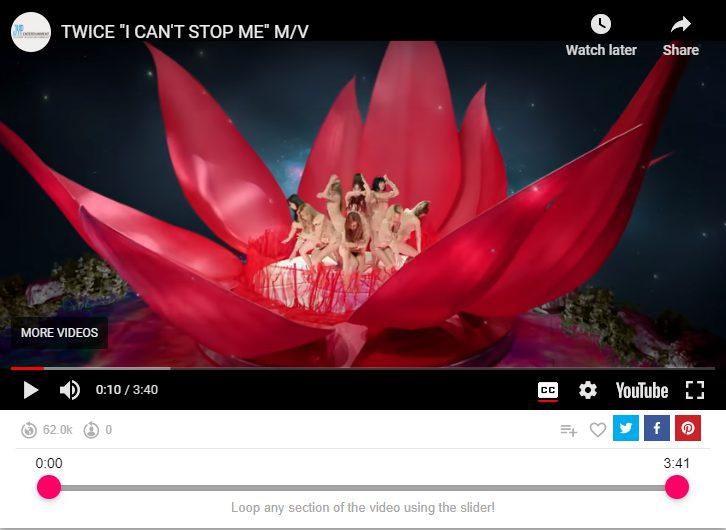 So reads a top comment on the brand new music video from TWICE, called “I Can’t Stop Me.” It is a testament to the place they hold within the K-pop world and the proof is in the pudding: their new track is likely to hit 10 million views in the first 12 hours at the time of writing. It is impossible to overstate the size of TWICE’s fanbase. It extends all over the world and, especially amongst kids; they are the group that commands attention, perhaps even more so than titans like BTS and Blackpink. Whatever the numbers, they are in the conversation, and that is special considering the success of K-pop as an expert all around the world. From Seoul to California, kids in playgrounds are more likely to speak about these groups than almost anything else.

With this release, they have also embraced a particular trend within K-pop, and more widely: synthpop, following other groups like EVERGLOW. It is the sound of the moment and takes the genre into still more experimental areas. There are a turbo-charged verse and a big moment chorus, which is a welcome return to the climax-lead tracks that K-pop made its name on (according to a popular review site, thebiaslist).
All that is left to talk about is the visuals, and there is no disappointing there (unsurprisingly). Color, fast dancing, impeccable outfits, a whole lotta attitude … it is original, quirky, and big. Everything we’d expect from a release of this magnitude. Get used to the sound if you aren’t already, this is the most-loved soundscape in the world right now, and it is here to stay.

Check out Most Repeated Songs of September 2020