The Best Musical Fountains in the World

Musical fountains are fun to look at and an entertaining way to pass time. They’re a great way to add a splash of color but also can provide hours of enjoyment for your family and friends. From children to the elderly, everyone loves to watch them as they dance. Musical fountains are a magical performance built on the interaction of light, music, and water flows. A true marvel of water engineering. They are found all over the world, invariably attract the attention of tourists, and leave a bright mark on memories.

While there are Musical fountains available almost everywhere today installed in private gardens, universities, and wedding venues, there are some known for their uniqueness, colors, and amazing architecture. In this article, we have curated the most magical Musical fountains from across the world that you must visit once in your lifetime. Let’s get started! 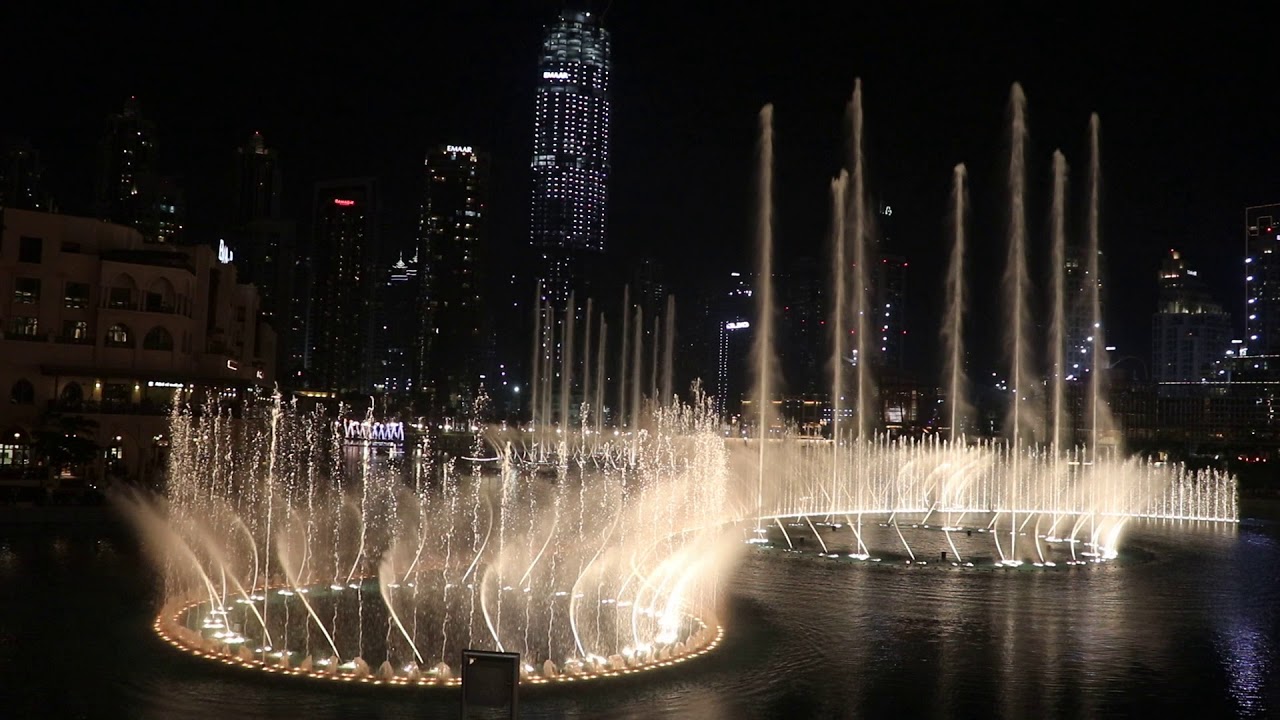 Located next to the Burj Khalifa skyscraper, the artificial lake covers an area of ​​more than 12 hectares and is complemented by a musical fountain, the authors of which are Californian specialists. The height of the jets reaches nearly 150 meters, and the total length of the structure is 275 meters, which puts it in the category of largest such buildings in the world. Water streams are illuminated with 25 colored spotlights and 6600 lamps. The hydro-technical giant opened in May 2009 at a cost of $218 million. And see this modern wonder of the world with your own eyes, go to the UAE and be sure to use the services of Ferrari rent in Dubai to ensure the most comfortable logistics during your trip. Renting a car today has become much more affordable, this is especially felt when traveling and on business trips. Being constantly dependent on a taxi or public transport is not very convenient, but hiring a car is much faster to organize once and not rely on anyone. You can be sure that by renting a car you will have time to see not only the musical fountain in Dubai but also many other sights in a very short time. 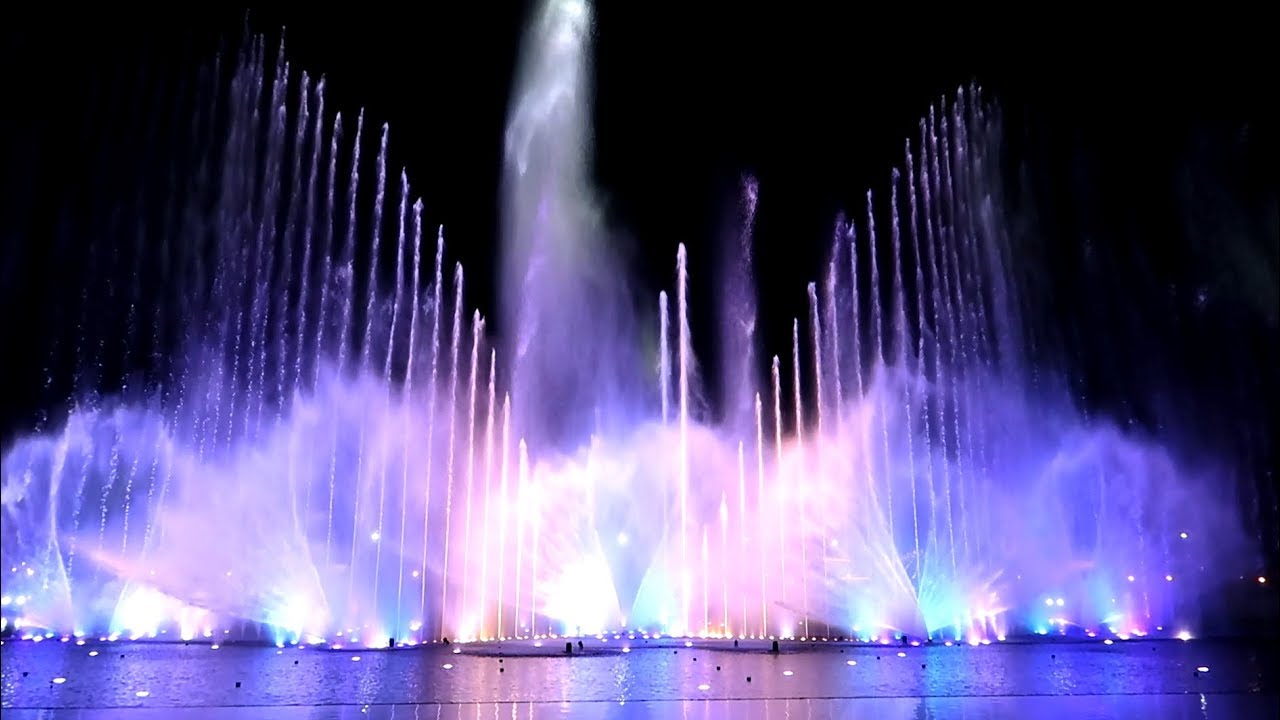 The Efteling theme park’s musical fountain show is Europe’s most stunning musical fountain show. The 12-minute light and water performance, in which frogs transform the water into a magnificent ballet, will wow you. The Aqunura fountain system was created to commemorate Efteling’s 60th anniversary. In addition to Netherlands’ other musical fountain, this one is truly marvelous and fun to look at. These 12 minutes will be the best spent 12 minutes of your life. 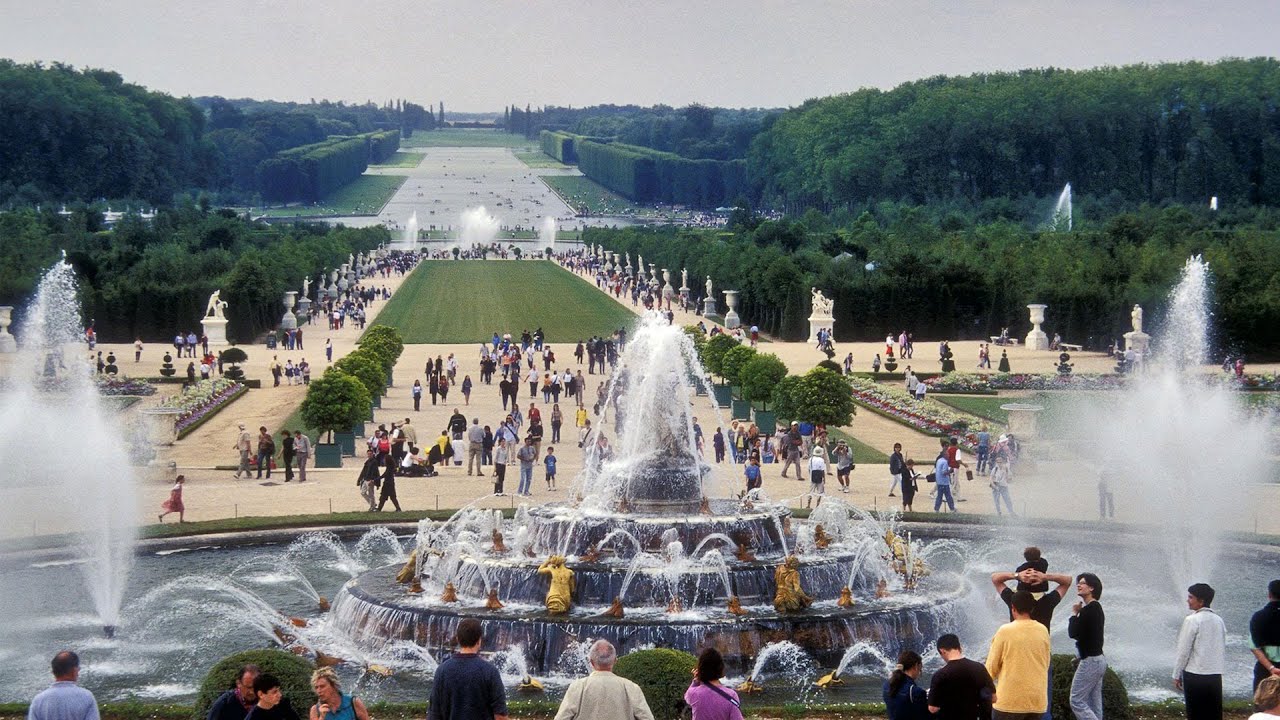 The Pompidou Center’s Stravinsky Fountain is a musical monument to Russian composer Igor Stravinsky. This crazy fountain is one of Europe’s most bizarre fountains, with brightly colored lips, a clown, and other outrageous sculptures. Sculptor Jean Tinguely and artist Niki de Saint Phalle collaborated on the design. Both artists have distinct styles: one is Dada industrial, while the other is flamboyant. So, combined, their work commemorates the finest modern classical music of the 20th century. In reality, the entryway to the world-famous Pompidou Center seems like a circus show. 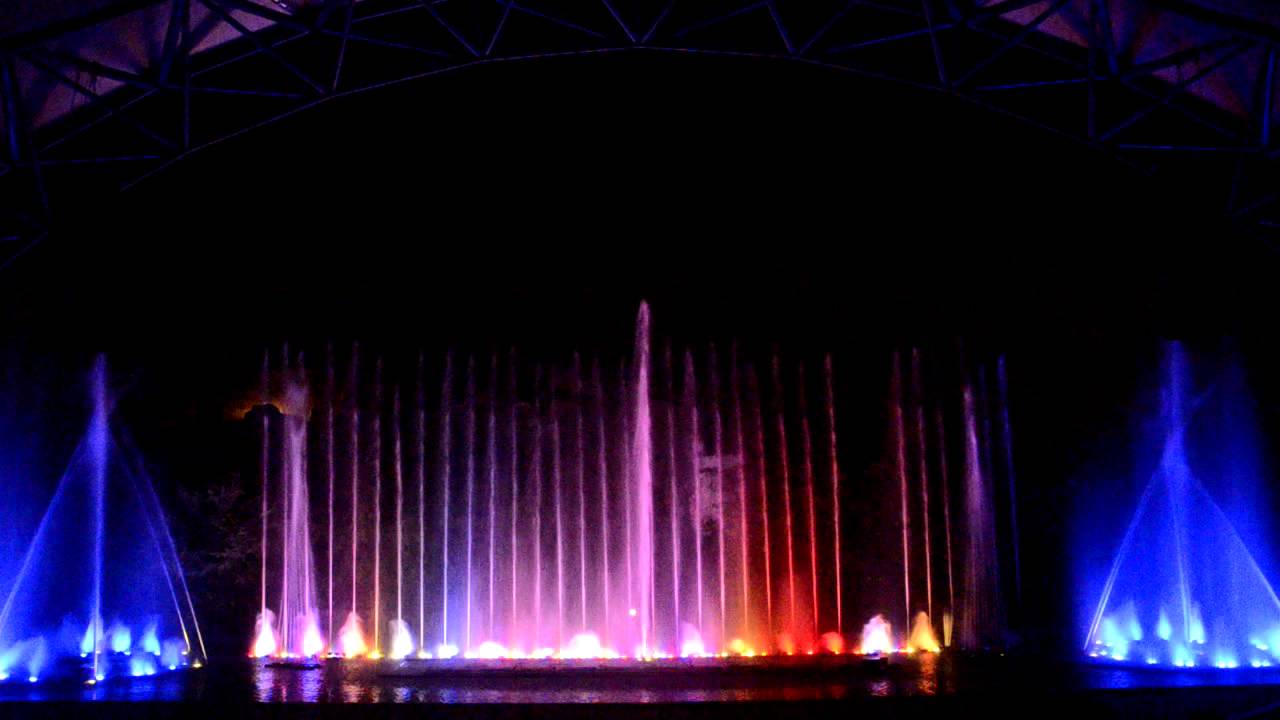 Every day at 7 p.m. on the Vietnamese island of Hon Che, a display of singing fountains begins at the Amusement Park. The show lasts half an hour and is entirely computer-controlled. Water, national musical influences, and an unusual play of light and color do not disappoint. Visitors to the park who have come to see the spectacular display are seated in rows, as though in a theater. As the show does not last long, be the first one to reach there and enjoy the most beautiful scenery of your lifetime. 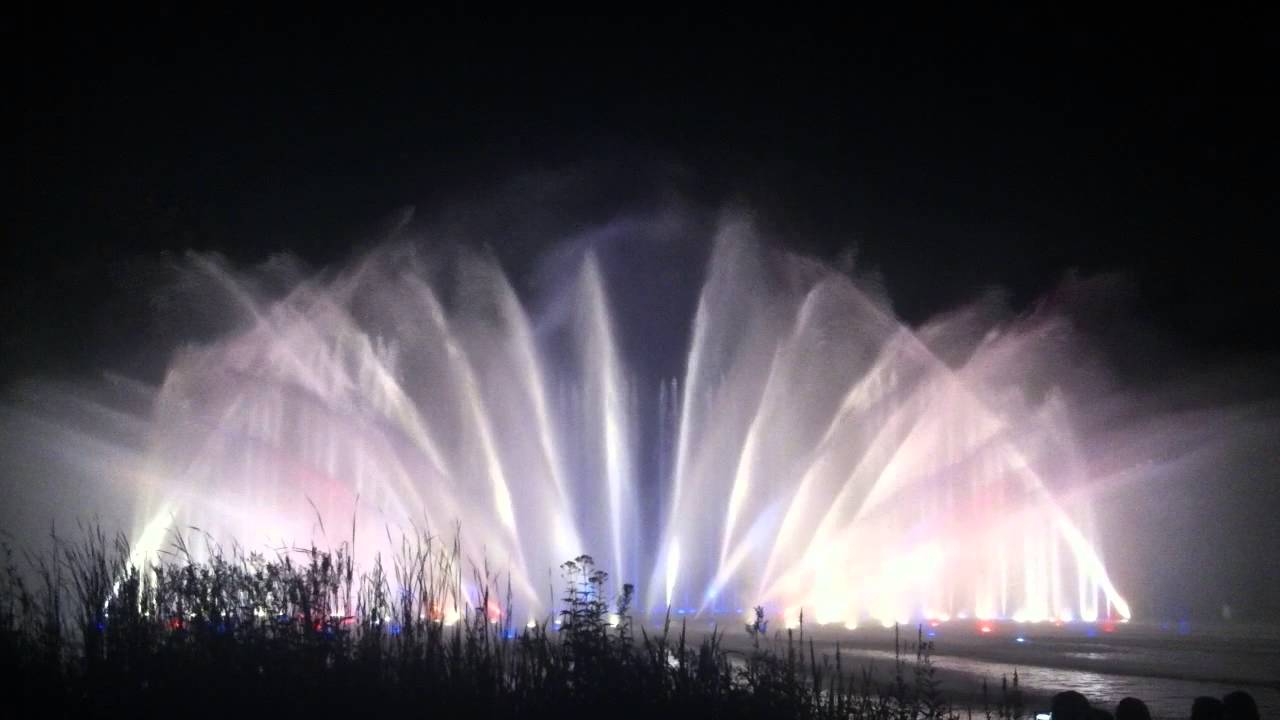 The Planten un Blomen park, a charming nook of Hamburg, is appealing not only for its caverns, waterfalls, and flower meadows but also for its singing fountains, which are organized in an interesting fashion here. Visitors are accompanied by water spouts from beneath as well as styled walls and fountains throughout the park, each one unique. Every day, as soon as twilight falls on the city, a beautiful performance takes place from the beginning of May to the end of September. 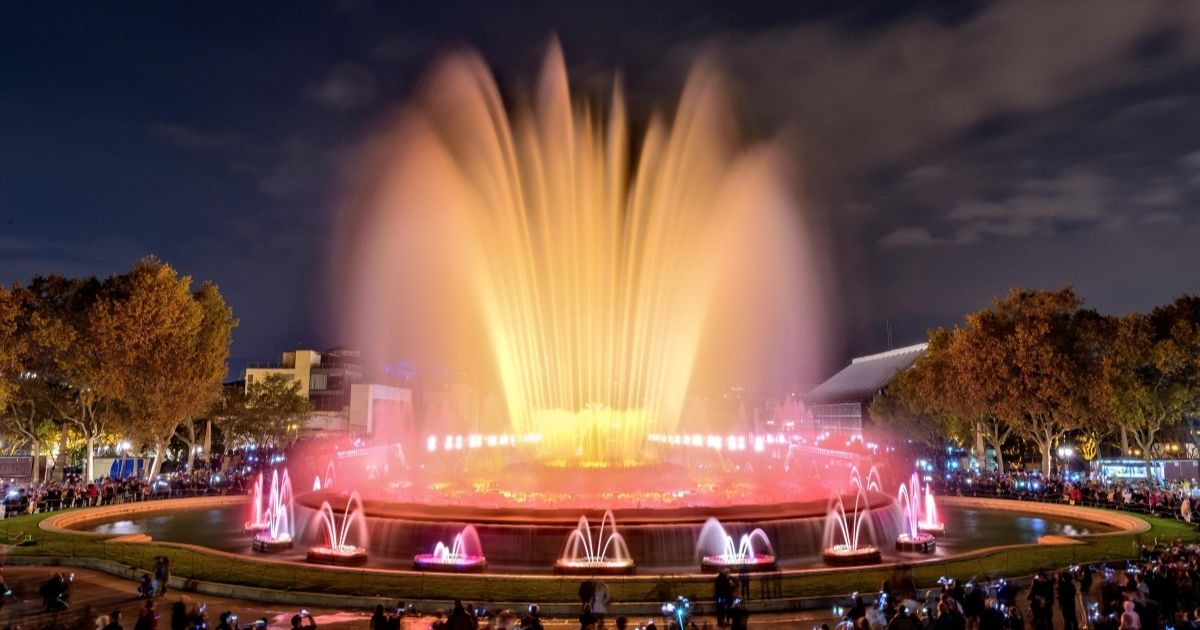 In 1929, Catalan engineer Carlos Buigas unveiled his “Magic Fountain,” which was the largest of its kind on the planet at the time. Thousands of miniature fountains, beating at various intervals and at various heights (up to 50 m), glisten in a rainbow of hues. Music by Tchaikovsky, Bach, and parts from the opera Carmen accompany the water show. During the performance, each water movement, color, or shape emerges only once. Previously, this natural wonder was operated manually, but the system is now mostly automated. 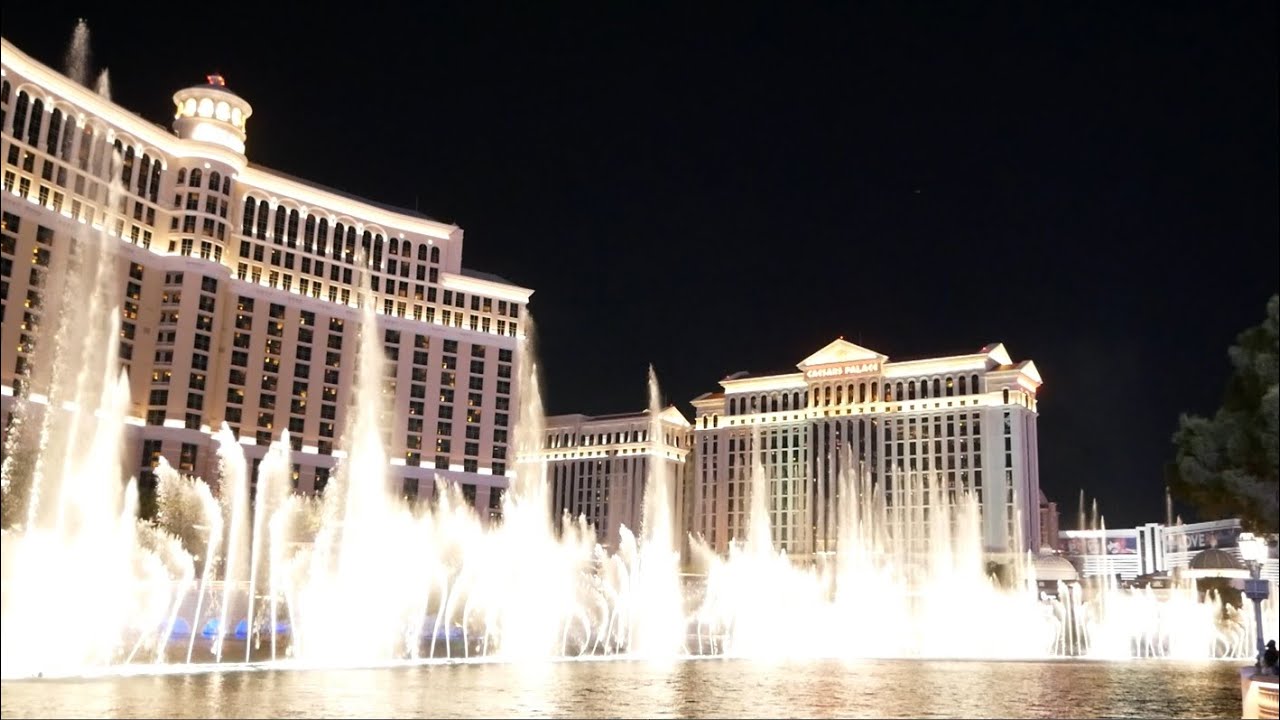 Dancing The Bellagio Fountain, one of the largest singing fountains in the world, is situated on a 400-meter-long artificial lake. Thousands of LEDs illuminate water jets that reach a height of 80 meters. The singing of Frank Sinatra, Luciano Pavarotti, and classic Broadway hits can be heard via many speakers. This magnificent edifice cost 40 million dollars to build. The spectacle can be seen from the neighboring Bellagio Hotel’s patio or nearby restaurants.

From March to October, the capital of the Czech Republic pleases residents and guests with a magical attraction – the Krzhizhikov fountains, named after their creator Francis Krzhizhik, who presented the project in 1891 at the World Exhibition. The design consists of 3 thousand jets, which are illuminated by spotlights and “dance” to the classical masterpieces of Mozart, Vivaldi, Tchaikovsky, Dvorak, and other famous composers, as well as to popular performers of the 20th century – Michael Jackson, Britney Spears, Celine Dion, ABBA groups, Pink Floyd, Queen, Metallica, and others.

In 2017, the work of the fountain was suspended due to reconstruction, but in 2021 it began to delight visitors again. Thanks to it, now, in the evenings, real shows unfold here, which can include film projections, excerpts from Disney cartoons, children’s musicals, as well as famous operas and performances.

It all started with a musical fountain display a quarter-century ago. However, Singapore is well-known for its usage of high-tech items in the entertainment business. As a result, pyrotechnic displays, followed by laser installations, were eventually added to fountains with music.

Leading spectacle creators from China, Portugal, the United States, France, and Japan were asked to develop a new show. It became the world’s only ocean-based permanent manufacturing. Laser holography, pyrotechnics, geysers, and music are all entertaining parts of the arsenal.

The Fountain in Xian, China is reputed to be Asia’s largest musical fountain. It is situated in the city’s North Square, near the famed Big Wild Goose Pagoda. The fountain covers an area of 110 thousand square meters.

Every evening, the Musical Fountain Show takes place, and it boasts the world’s largest audio system, the longest line of light, and most spectator benches. The fountain is powered by 1360 pumps and 1124 sets of transducers, and the performance has a high-tech lighting system and sophisticated sound equipment. The melodic fountain in Xi’an is also powered by 3,300 sets of bright lamps and 2,000 sets of nozzles. A wonderful spectacle gathers a huge number of spectators every day.

Seoul’s Banpo Moonlight Rainbow Fountain, the world’s largest bridge fountain, has ten thousand LEDs and about four hundred water jets that flow along both ends of the more-than-kilometer bridge. The jets emit about 200 tons of water each minute.

The fountains are flung up to 45 meters and are fed directly from the Han River. They may also be set to move in time with the music. From April through October, fountain performances are held every day.

South Korea also has the highest indoor fountain in the world. It debuted in 2010 in Busan’s Gwangbok Lotte department store. 500,000 people came to witness it in action in three weeks. It now draws 20,000 visitors per day and is Busan’s most popular tourist destination.

The high-tech display blends sound, light, and color, while background music is provided by 16 distinct tunes.

This fountain located in Singapore is said to represent life’s wealth, yet its position near a retail mall suggests more worldly goals. The Hindu mandala-inspired the design of the bronze ring. They claim that walking around the fountain 3 times while always touching the jets of water would bring you good luck. At night you’ll see the laser shows and music added to the muttering jets at night.

The metropolitan landscape dazzles the mind – complicated bridges, distinctive architecture, historical monuments, and all manner of global wonders. Fountains, on the other hand, are one of the most stunning things made by enthusiastic humans.

Musical fountains are a miracle, a wonderful show that combines light, music, and water flows. A wonderful water engineering masterpiece. They may be found all throughout the world, draw travelers’ attention, and leave a lasting impression. Hope this post was also interesting for you just as the fountains listed. Happy traveling!